The Power of a Curse 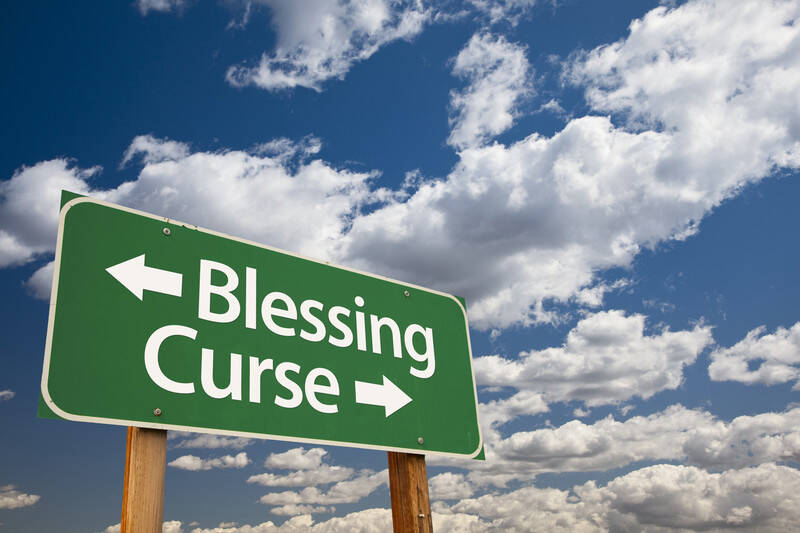 The Power of a Curse

The book of Vayikra draws to a close by outlining the blessings that will follow if the people are faithful to their covenant with God. Then it describes the curses that will befall them if they are not. The general principle is clear. In biblical times, the fate of the nation mirrored the conduct of the nation. If people behaved well, the nation would prosper. If they behaved badly, eventually bad things would happen. That is what the Prophets knew. As Martin Luther King paraphrased it, “The arc of the moral universe is long, but it bends towards justice.”[1] Not always immediately but ultimately, good is rewarded with good, bad with bad.

Our parsha starkly sets out the terms of that equation: if you obey God, there will be rain in its season, the ground will yield its crops and the trees their fruit; there will be peace. The curses, though, are almost three times as long and much more dramatic in the language they use:

“But if you will not listen to Me and carry out all these commands … then I will do this to you: I will bring on you sudden terror, wasting diseases and fever that will destroy your sight and sap your strength…

I will break your stubborn pride and make the sky above you like iron and the ground beneath you like bronze… I will send wild animals against you, and they will rob you of your children, destroy your cattle and make you so few in number that your roads will be deserted… Your land will be laid waste, and your cities will lie in ruins…

As for those of you who are left, I will make their hearts so fearful in the lands of their enemies that the sound of a windblown leaf will put them to flight. They will run as though fleeing from the sword, and they will fall, even though no one is pursuing them.”

There is a savage eloquence here. The images are vivid. There is a pulsing rhythm to the verses, as if the harsh fate that would overtake the nation is inexorable, cumulative and accelerating. The effect is intensified by the repeated hammer blows: “If after all this … if you remain hostile … if in spite of these things … if in spite of this.” The word keri, key to the whole passage, is repeated seven times. It appears nowhere else in the whole of Tanach. Its meaning is uncertain. It may mean rebelliousness, obstinacy, indifference, hard-heartedness, reluctance or being-left-to-chance. But the basic principle is clear. If you act toward Me with keri, says God, I will turn that same attribute against you, and you will be devastated.

It has long been a custom to read the tochachah, the curses, both here and in the parallel passage in Devarim 28, in a low voice in the synagogue, which has the effect of robbing them of their terrifying power if said out loud. But they are fearful enough however they are read. And both here and in Devarim, the section on curses is longer and far more graphic than the section on blessings.

This seems to contradict a basic principle of Judaism, that God’s generosity to those who are faithful to Him vastly exceeds His punishment of those who are not. “The Lord, the Lord, the compassionate and gracious God, slow to anger, abounding in love and faithfulness, maintaining love to thousands … He punishes the children and their children for the sin of the parents to the third and fourth generation” (Ex. 34:6-7).  Rashi does the arithmetic: “It follows, therefore, that the measure of reward is greater than the measure of punishment by five hundred to one, for in respect of the measure of good it says: “maintaining love to thousands” (meaning at least two thousand generations), while punishment lasts for at most four generations.

The whole idea contained in the 13 Attributes of Compassion is that God’s love and forgiveness are stronger than His justice and punishment. Why, therefore, are the curses in this week’s parsha so much longer and stronger than the blessings?

The answer is that God loves and forgives, but with the proviso that, when we do wrong, we acknowledge the fact, express remorse, make restitution to those we have harmed, and repent. In the middle of the Thirteen Attributes of Mercy is the statement, “Yet He does not leave the guilty unpunished” (Ex. 34:7). God does not forgive the unrepentant sinner, because were He to do so, it would make the world a worse place, not a better one. More people would sin if there were no downside to doing so.

The reason the curses are so dramatic is not because God seeks to punish, but the precise opposite. The Talmud tells us that God weeps when He allows disaster to strike His people: “Woe to Me, that due to their sins I destroyed My house, burned My Temple and exiled them [My children] among the nations of the world.”[2] The curses were meant as a warning. They were intended to deter, scare, discourage. They are like a parent warning a young child not to play with electricity. The parent may deliberately intend to scare the child, but he or she does so out of love, not severity.

The classic instance is the book of Jonah. God tells Jonah the Prophet to go to Nineveh and warn the people, “In forty days Nineveh will be destroyed.” He does so. The people take him seriously. They repent. God then relents from His threat to destroy the city. Jonah complains to God that He has made him look ridiculous. His prophecy has not come true. Jonah has failed to understand the difference between a prophecy and a prediction. If a prediction comes true, it has succeeded. If a prophecy comes true, it has failed. The Prophet tells the people what will happen if they fail to change. A prophecy is not a prediction but a warning. It describes a fearful future in order to persuade the people to avert it. That is what the tochachah is.

In their new book, The Power of Bad,[3] John Tierney and Roy Baumeister argue on the basis of substantial scientific evidence, that bad has far more impact on us than good. We pay more attention to bad news than good news. Bad health makes more difference to us than good health. Criticism affects us more than praise. A bad reputation is easier to acquire and harder to lose than a good one.

Humans are designed – “hardwired” – to take notice of and rapidly react to threat. Failing to notice a lion is more dangerous than failing to notice a ripened fruit on a tree. Recognising the kindness of a friend is good and virtuous, but not as significant as ignoring the animosity of an enemy. One traitor can betray an entire nation.

It follows that the stick is a more powerful motivator than the carrot. Fear of the curse is more likely to affect behaviour than desire for the blessing. Threat of punishment is more effective than promise of reward. Tierney and Baumeister document this over a wide range of cases from education to crime rates. Where there is a clear threat of punishment for bad behaviour, people behave better.

Judaism is a religion of love and forgiveness. But it is also a religion of justice. The punishments in the Torah are there not because God loves to punish, but because He wants us to act well. Imagine a country that had laws but no punishments. Would people keep the law? No. Everyone would choose to be a free-rider, taking advantage of the efforts of others without contributing oneself. Without punishment, there is no effective law, and without law there is no society. The more powerfully one can present the bad, the more likely people are to choose the good. That is why the tochachah is so powerful, dramatic and fear-inducing. The fear of bad is the most powerful motivator of good.

I believe that being warned of the bad helps us to choose the good. Too often we make the wrong choices because we don’t think of the consequences. That’s how global warming happened. That’s how financial crashes happen. That’s how societies lose their solidarity. Too often, people think of today, not the day after tomorrow. The Torah, painting in the most graphic detail what can happen to a nation when it loses its moral and spiritual bearings, is speaking to us in every generation, saying: Beware. Take note. Don’t function on autopilot. Once a society begins to fall apart, it is already too late. Avoid the bad. Choose the good. Think long and choose the road that leads to blessings.

[1] This is a quote that Dr. King used many times, including during the march from Selma in 1965 when answering the question: How long will it take to see social justice? This is now widely hailed as one of his most famous quotes, although King was himself quoting 19th-century Unitarian minister and abolitionist Theodore Parker of Massachusetts.
[2] Brachot 3a.
[3] John Tierney and Roy Baumeister, The Power of Bad, Allen Lane, 2019.