We Are What We Do Not Own 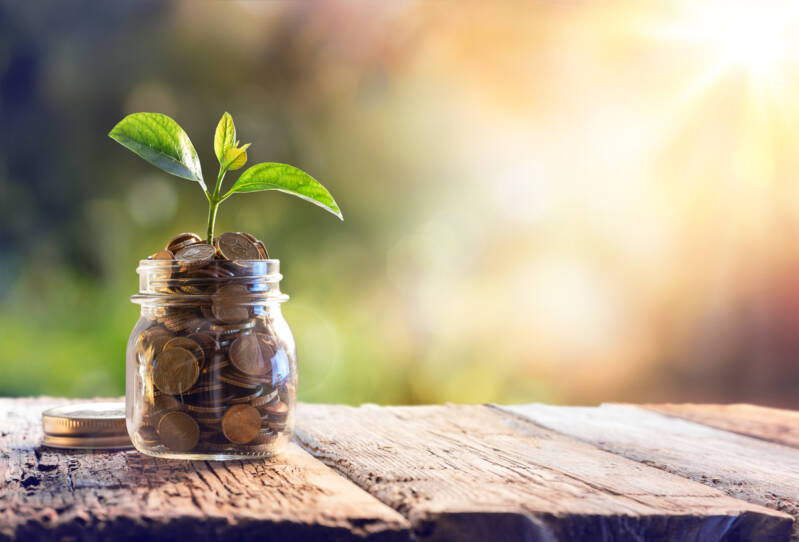 The late Maurice and Vivienne Wohl were one of the most remarkable couples I ever met. They were a study in contrasts. Maurice was quiet, introspective, reflective and reserved. Vivienne was outgoing and vivacious, a people person in the truest sense. They complemented one another perfectly: two halves of a whole.

What made them special, outwardly, was that they were givers on a monumental scale. In Israel, for example, they donated the 19-acre rose garden next to the Knesset and the striking Daniel Libeskind-designed cultural centre at Bar Ilan University. They endowed medical facilities in Tel Aviv and Jerusalem, as well as at King’s College and University College, London. They supported Jewish schools in Britain and yeshivot in Israel – and all this hardly touches the surface of their philanthropy.

What was really moving, though, was how they became a couple in the first place, because Vivienne was thirty years younger than Maurice. When they met, Maurice was in his late forties, a dedicated businessman seemingly destined for a life of bachelorhood. Vivienne, not yet 20, was the daughter of friends of Maurice who had asked whether she could work for him during a vacation.

One day, Maurice offered to take her for lunch. On their way to the restaurant, they passed a beggar in the street. Maurice gave him a coin, and walked on. Vivienne stopped and asked Maurice if he would be kind enough to give her in advance a substantial sum – she named the figure – from this week’s wages. Maurice handed over the money. She then walked back and gave it all to the beggar. “Why did you do that?” asked Maurice. “Because what you gave him was not enough to make a change to his life. He needed something more.”

When the week came to an end, Maurice said to Vivienne, “I am not going to give you your full wages this week, because you gave away part of the money as a mitzvah and I do not want to rob you of it.” But it was then that he decided that he must marry her, because, as he told me shortly before he died, “Her heart was bigger than mine.”

I tell this story because it illustrates a dimension of parshat Behar we often miss. Leviticus 25 deals with a problem that is as acute today as it was 33 centuries ago. It is about the inevitable inequalities that arise in every free market economy. Market economics is good at the creation of wealth but bad at its distribution. Whatever the starting point, inequalities emerge early on between the more and less successful, and they become more pronounced over time.[1]
Economic inequality leads to inequality of power, and the result is often the abuse of the weak by the strong. This is a constant refrain of the prophets. Amos speaks of those who “sell the innocent for silver, and the needy for a pair of shoes; who trample on the heads of the poor as on the dust of the ground, and deny justice to the oppressed“(Amos 2:6-7). Isaiah cries, “Woe to those who make unjust laws and issue oppressive decrees … making widows their prey and robbing the fatherless” (Is. 10:1-2). Micah inveighs against people who “covet fields and seize them, houses and take them away; they oppress householder and house, people and their inheritance” (Micah 2:1-2).

This is a problem for almost every society and age. What makes the Torah distinctive is that it refuses a one-dimensional answer to what is a genuinely complex problem. Equality is a value, but so too is freedom. Communism and socialism have been tried and failed; but the free market generates its discontents also. One principle that can be inferred from Tanach is that the market was made to serve human beings; human beings were not made to serve the market. The fundamental question is therefore: what best serves humanity under the sovereignty of God?

A careful reading of Behar reveals that the Torah’s approach to this question operates at three completely different levels. One is political, a second is psychological, and the third is theological.

The first level is simple. Behar proposes two cycles of redistribution, Shemittah and Yovel, the seventh and fiftieth year. The intent here is to restore a level playing field through a combination of debt remission, liberation of slaves, and the return of ancestral land to its original owners. This is a way of redressing accumulated inequalities without constant intervention in the economy. That is the political dimension.

The psychological dimension is what the French revolutionaries called fraternity. Ten times the laws in Behar use the word “brother.” “Do not wrong your brother.” “If your brother becomes poor.” “The nearest redeemer shall come and redeem what his brother has sold.” This is sound evolutionary logic. We know from the work of W. D. Hamilton and others on kin selection that the most basic driver of altruism is the family. We make sacrifices most readily for those most closely related to us.

That, in no small measure, is why from the beginning of the Jewish story to today, Jews have thought of themselves as a single family, descendants of Abraham, Isaac and Jacob, Sarah, Rebecca, Rachel and Leah. It is one thing to legislate altruism, through such institutions as the seventh and fiftieth year. It is another to frame a society in such a way as to make people feel bound together in an unbreakable bond of shared responsibility. Hence the narratives of Genesis, focused overwhelmingly on the people of Israel not as a nation but as a family. Law and narrative here go hand in hand. Because the entire Jewish people is a single vastly extended family, therefore we must help when one of our brothers or sisters becomes destitute. This is ethnicity in the service of morality.

Finally, though, and most profoundly comes the theological dimension. For it is here, in Lev. 25, that we hear with unparalleled lucidity what I believe to be the single most fundamental principle of biblical law. Listen carefully to these two passages, the first about land, the second about Hebrew slaves:

The land shall not be sold in perpetuity, for the land is Mine: you are strangers and sojourners with me.

If your brother becomes poor and sells himself to you, you shall not work him as a slave …For they are My servants whom I brought out of the land of Egypt; they shall not be sold as slaves. You shall not rule over him ruthlessly but shall fear your God.

The Torah is making a radical point. There is no such thing as absolute ownership. There is to be no freehold in the land of Israel because the land belongs ultimately to God. Nor may an Israelite own another Israelite because we all belong to God, and have done so ever since He brought our ancestors out of slavery in Egypt.

It is this principle that alone makes sense of the Torah’s narrative of the creation of the universe. The Torah is not a book of science. It is a book of law. That is what the word “Torah” means. It follows that the opening chapter of the Torah is not a scientific account but a legal one. It is not an answer to the question, “How was the universe born?” It is an answer to a different question entirely: “By what right does God command human beings?” The answer is: because He created the universe. Therefore He owns the universe. Therefore He is entitled to lay down the conditions on which He permits us to inhabit the universe. This is the basis of all biblical law. God rules not by might but by right – the right of a creator vis-à-vis his creation.

Nowhere is this clearer than in parshat Behar, where it becomes the basis of legislation about land ownership and slavery. Jewish law rests on the principle that only God owns anything. What we possess, we do not own but merely hold in trust. That is why the concept of tzedek/tzedakah is untranslatable into English, because it means both justice and charity. In English, justice and charity are radically different. We do justice because we must; we give charity because we may. If I give you £1,000 because I owe it to you, that is justice. If I give you the same amount because I owe you nothing but I think you need it, that is charity. An act may be one or the other but not both.

In Judaism, by contrast, what we possess is not ours. It belongs to God. He has merely placed it in our safekeeping. We are looking after it on behalf of God. One of the conditions of that trust is that if we have more than we need, we should share it with those who have less than they need. That is tzedakah: justice and charity combined.

That was how Maurice and Vivienne Wohl lived their lives. God had given Maurice success, and he knew that the wealth he had accumulated was not really his at all. God had given it to him to look after, trusting that he would use it wisely to enhance the lives of others. Maurice, though, was honest enough to realise [1] that he was probably better at making money than giving it away, and that [2] if he did not give it away to people and causes that needed it, he was failing in his duty to God and his fellow humans. That is why, when he met Vivienne and saw how sensitively she understood the needs of others and how willing she was to make sacrifices for them, he knew he had to marry her. So, throughout their almost 40 years together, they used the blessings God had given them to bring blessings into other people’s lives. It was a privilege to know them.

The larger truth of Parshat Behar is that you cannot create a just society by political measures alone (debt remission, restoration of ancestral property and so on). There are psychological and theological dimensions that are also vital.

But at a simple personal level, it contains a genuinely life-changing idea. Think of what you posses not as something you own but as something you hold in trust for the benefit, not only of you and your family, but also of others. In life, ask not, “what can I gain?” But “what can I give?” You will travel more lightly and with greater joy. You will enhance the lives of others. You will feel that your life has been worthwhile. Hardly any of us can give on the scale of a Maurice or Vivienne Wohl, but when it comes to giving, scale does not matter. Be a blessing to others and you will find that life has been a blessing to you.

[1] This is the argument of Thomas Piketty, Capital in the 21st Century, Harvard University Press, 2014.