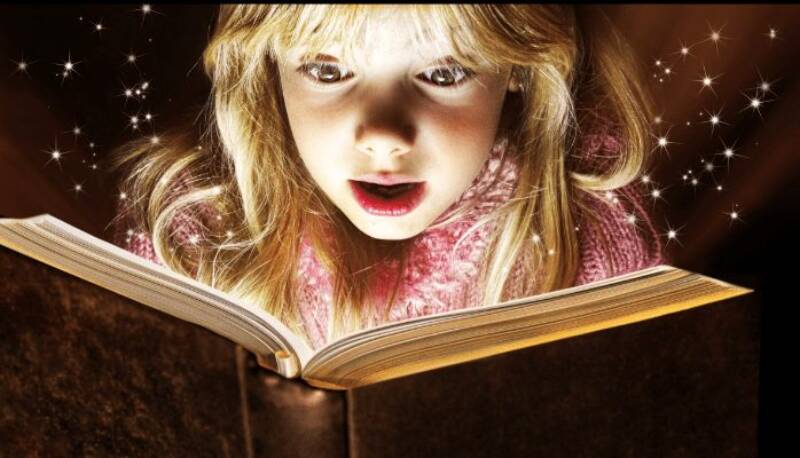 It is the most famous, majestic and influential opening of any book in literature: “In the beginning, God created the heavens and the earth.” What is surpassingly strange is the way Rashi – most beloved of all Jewish commentators – begins his commentary:

Rabbi Isaac said: The Torah should have begun with the verse:

“This month shall be to you the first of the months”, which was the first commandment given to Israel.

Can we really take this at face value? Did Rabbi Isaac, or for that matter Rashi, seriously suggest that the Book of books might have begun in the middle – a third of the way into Exodus? That it might have passed by in silence the creation of the universe – which is, after all, one of the fundamentals of Jewish faith?

Could we understand the history of Israel without its prehistory, the stories of Abraham and Sarah and their children? Could we have understood those narratives without knowing what preceded them: God’s repeated disappointment with Adam and Eve, Cain, the generation of the Flood and the builders of the Tower of Babel?
The fifty chapters of Genesis together with the opening of Exodus are the source- book of biblical faith. They are as near as we get to an exposition of the philosophy of Judaism. What then did Rabbi Isaac mean?

He meant something profound, which we often forget. To understand a book, we need to know to what genre it belongs. Is it history or legend, chronicle or myth? To what question is it an answer? A history book answers the question: what happened? A book of cosmology – be it science or myth – answers the question: how did it happen?

What Rabbi Isaac is telling us is that if we seek to understand the Torah, we must read it as Torah, which is to say: law, instruction, teaching, guidance. Torah is an answer to the question: how shall we live? That is why he raises the question as to why it does not begin with the first command given to Israel.

Torah is not a book of history, even though it includes history. It is not a book of science, even though the first chapter of Genesis – as the 19th-century sociologist Max Weber pointed out – is the necessary prelude to science, because it represents the first time people saw the universe as the product of a single creative will, and therefore as intelligible rather than capricious and mysterious. It is, first and last, a book about how to live.

Everything it contains – not only commandments but also narratives, including the narrative of creation itself – is there solely for the sake of ethical and spiritual instruction.

It moves from the minutest details to the most majestic visions of the universe and our place within it. But it never deviates from its intense focus on the questions: What shall I do? How shall I live? What kind of person should I strive to become? It begins, in Genesis 1, with the most fundamental question of all. As the Psalm (Tehillim 8:4) puts it: “What is man that You are mindful of him?”

Pico della Mirandola’s 15th century Oration on Man was one of the turning points of Western civilization, the “manifesto” of the Italian Renaissance. In it he attributed the following declaration to God, addressing the first man:

“We have given you, O Adam, no visage proper to yourself, nor endowment properly your own, in order that whatever place, whatever form, whatever gifts you may, with premeditation, select, these same you may have and possess through your own judgement and decision. The nature of all other creatures is defined and restricted within laws which We have laid down; you, by contrast, impeded by no such restrictions, may, by your own free will, to whose custody We have assigned you, trace for yourself the lineaments of your own nature. I have placed you at the very center of the world, so that from that vantage point you may with greater ease glance round about you on all that the world contains. We have made you a creature neither of heaven nor of earth, neither mortal nor immortal, in order that you may, as the free and proud shaper of your own being, fashion yourself in the form you may prefer. It will be in your power to descend to the lower, brutish forms of life; you will be able, through your own decision, to rise again to the superior orders whose life is divine.”

Homo sapiens, that unique synthesis of “dust of the earth” and breath of God, is unique among created beings in having no fixed essence: in being free to be what he or she chooses. Mirandola’s Oration was a break with the two dominant traditions of the Middle Ages: the Christian doctrine that human beings are irretrievably corrupt, tainted by original sin, and the Platonic idea that humanity is bounded by fixed forms.

It is also a strikingly Jewish account – almost identical with the one given by Rabbi Joseph Soloveitchik in Halachic Man: “The most fundamental principle of all is that man must create himself. It is this idea that Judaism introduced into the world.” It is therefore with a frisson of recognition that we discover that Mirandola had a Jewish teacher, Rabbi Elijah ben Moses Delmedigo (1460-1497).

Born in Crete, Delmedigo was a Talmudic prodigy, appointed at a young age to be head of the yeshivah in Padua. At the same time, he studied philosophy, in particular the work of Aristotle, Maimonides and Averroes. At the age of 23 he was appointed professor of philosophy at the University of Padua. It was through this that he came to know Count Giovanni Pico della Mirandola, who became both his student and his patron. Eventually, however, Delmedigo’s philosophical writings – especially his work Bechinat ha-Dat – became controversial. He was accused, by other rabbis, of heresy. He had to leave Italy and return to Crete. He was much admired by Jews and Christians alike, and when he died young, many Christians as well as Jews attended his funeral.

This emphasis on choice, freedom and responsibility is one of the most distinctive features of Jewish thought. It is proclaimed in the first chapter of Genesis in the most subtle way. We are all familiar with its statement that God created man “in His image, after His likeness”. Seldom do we pause to reflect on the paradox. If there is one thing emphasised time and again in the Torah, it is that God has no image. “I will be what I will be”, He says to Moses when he asks Him His name.

Since God transcends nature – the fundamental point of Genesis 1 – then He is free, unbounded by nature’s laws. By creating human beings in His image, He gave us a similar freedom, thus creating the one being capable itself of being creative. The unprecedented account of God in the Torah’s opening chapter leads to an equally unprecedented view of the human person and our capacity for self-transformation.

The Renaissance, one of the high points of European civilization, eventually collapsed. A series of corrupt rulers and Popes led to the Reformation, and to the quite different views of Luther and Calvin. It is fascinating to speculate what might have happened had it continued along the lines signalled by Mirandola. His late 15th century humanism was not secular but deeply religious.

As it is, the great truth of Genesis 1 remains. As the Rabbis put it (Bereishit Rabbah 8:1; Sanhedrin 38a): “Why was man created last? In order to say, if he is worthy, all creation was made for you; but if he is unworthy, he is told, even a gnat preceded you.” The Torah remains God’s supreme call to humankind to freedom and creativity on the one hand, and on the other, to responsibility and restraint – becoming God’s partner in the work of creation.