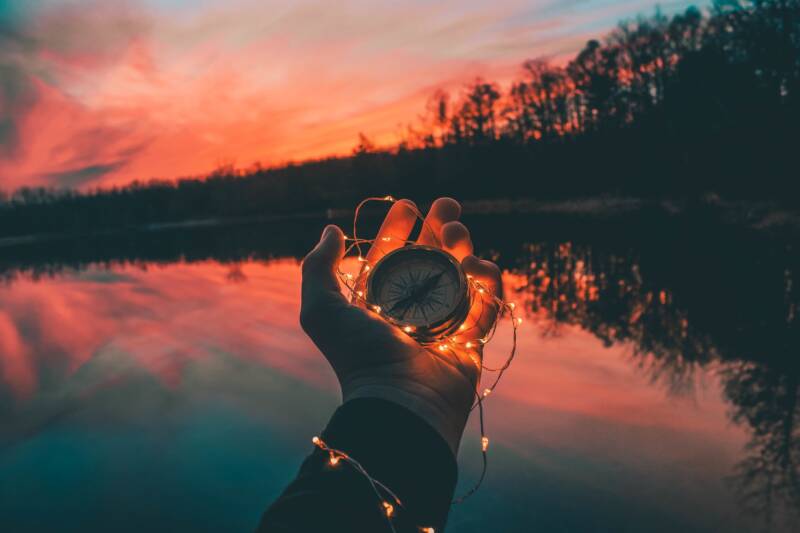 If leadership is the solution, what is the problem? On this, the Torah could not be more specific. The problem is a failure of responsibility.

The early chapters of Genesis focus on two stories: the first is Adam and Eve; the second, Cain and Abel. Both are about a specific kind of failure. First Adam and Eve. As we know, they sin. Embarrassed and ashamed, they hide, only to discover that one cannot hide from God:

The Lord God called to the man, “Where are you?” He answered, “I heard you in the garden, and I was afraid because I was naked; so I hid.” And He said, “Who told you that you were naked? Have you eaten from the tree that I commanded you not to eat from?” The man said, “The woman you put here with me—she gave me some fruit from the tree, and I ate it.” Then the Lord God said to the woman, “What is this you have done?” The woman said, “The serpent deceived me, and I ate.”

Both insist that it was not their fault. Adam blames the woman. The woman blames the serpent. The result is paradise lost: they are both punished and exiled from the garden of Eden. Why? Because Adam and Eve deny personal responsibility. They say, in effect, “It wasn’t me.”

The second story is tragic. The first instance of sibling rivalry in the Torah leads to the first murder:

While they were in the field, Cain attacked his brother Abel and killed him. Then the Lord said to Cain, “Where is your brother Abel?” “I don’t know,” he replied. “Am I my brother’s keeper?” The Lord said, “What have you done? Listen! Your brother’s blood cries out to Me from the ground.”

Cain does not deny personal responsibility. He does not say, “It was not me,” or “It was not my fault.” He denies moral responsibility. In effect he asks why he should be concerned with the welfare of anyone but himself. Why should we not do what we want if we have the power to do it? In Plato’s Republic, Glaucon argues that justice is whatever is in the interest of the stronger party. Might makes right. If life is a Darwinian struggle to survive, why should we restrain ourselves for the sake of others if we are more powerful than they are? If there is no morality in nature, then I am responsible only to myself. That is the voice of Cain throughout the ages.

These two stories are not just stories. They are an account, at the beginning of the Torah’s narrative history of humankind, of a failure, first personal then moral, to take responsibility – and it is this for which leadership is the answer.

There is a fascinating phrase in the story of Moses’ early years. He grows up, goes out to his people, the Israelites, and sees them suffering, doing slave labour. He witnesses an Egyptian officer beating one of them. The text then says: “He looked this way and that and saw no one” (vayar ki ein ish Ex. 2:12, or more literally, ‘he saw that there was no man’).

It is difficult to read this literally. A building site is not a closed location. There must have been many people present. A mere two verses later we discover that there were Israelites who knew exactly what had happened. Therefore, the phrase almost certainly means, “He looked this way and that and saw that there was no one else willing to intervene.”

If this is so, then we have here the first instance of what came to be known as the “Genovese syndrome” or “the bystander effect,”[1] so-called after a case in which a woman was attacked in New York in the presence of a large number of people who all knew that she was being assaulted but failed to come to her rescue.

Social scientists have undertaken many experiments to try to determine what happens in situations like this. Some argue that the presence of other bystanders affects an individual’s interpretation of what is happening. Since no one else is coming to the rescue, they conclude that what is happening is not an emergency.

Others, though, argue that the key factor is diffusion of responsibility. People assume that since there are many people present someone else will step forward and act. That seems to be the correct interpretation of what was happening in the case of Moses. No one else was prepared to come to the rescue. Who, in any case, was likely to do so? The Egyptians were slave-masters. Why should they bother to take a risk to save an Israelite? And the Israelites were slaves. How could they come to the aid of one of their fellows when, by doing so, they would put their own life at risk?

It took a Moses to act. But that is what makes a leader. A leader is one who takes responsibility. Leadership is born when we become active not passive, when we do not wait for someone else to act because perhaps there is no one else – at least not here, not now. When bad things happen, some avert their eyes. Some wait for others to act. Some blame others for failing to act. Some simply complain. But there are some people who say, “If something is wrong let me try to put it right.” They are the leaders. They are the ones who make a difference in their lifetimes. They are the ones who make ours a better world.

Many of the great religions and civilisations are based on acceptance. If there is violence, suffering, poverty and pain in the world, they accept that this is simply the way of the world. Or, the will of God. Or, that it is the nature of nature itself. They shrug their shoulders, for all will be well in the World to Come.

Judaism was and remains the world’s great religion of protest. The heroes of faith did not accept; they protested. They were willing to confront God Himself. Abraham said, “Shall the Judge of all the earth not do justice?” (Gen. 18:25). Moses said, “Why have You done evil to this people?” (Ex. 5:22). Jeremiah said, “Why are the wicked at ease?” (Jer. 12:1). That is how God wants us to respond. Judaism is God’s call to human responsibility. The highest achievement is to become God’s partner in the work of creation.

When Adam and Eve sinned, God called out “Where are you?” As Rabbi Shneur Zalman of Liadi, the first Lubavitcher Rebbe, pointed out, this call was not directed only to the first humans.[2] It echoes in every generation. God gave us freedom, but with freedom comes responsibility. God teaches us what we ought to do but He does not do it for us. With rare exceptions, God does not intervene in history. He acts through us, not to us. His is the voice that tells us, as He told Cain, that we can resist the evil within us as well as the evil that surrounds us.

The responsible life is a life that responds. The Hebrew for responsibility, achrayut, comes from the word acher, meaning “other.” Our great Other is God Himself, calling us to use the freedom He gave us, to make the world that is more like the world that ought to be. The great question, the question that the life we lead answers, is: which voice will we listen to? Will we heed the voice of desire, as in the case of Adam and Eve? Will we listen to the voice of anger, as in the case of Cain? Or will we follow the voice of God calling on us to make this a more just and gracious world?