The Faith of God 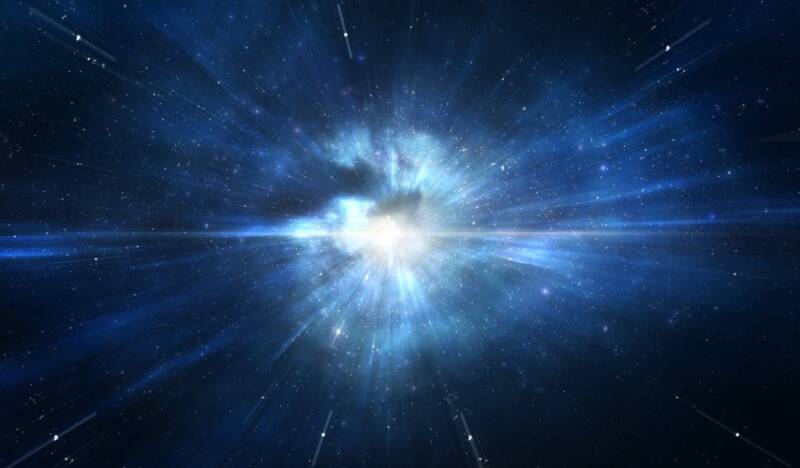 In stately prose the Torah in its opening chapter describes the unfolding of the universe, the effortless creation of a single creative Force. Repeatedly we read, “And God said, Let there be … and there was … and God saw that it was good” – until we come to the creation of humankind. Suddenly the whole tone of the narrative changes:

And God said, “Let us make man in our image, according to our likeness, and let them rule over the fish of the sea, and over the birds of heaven, and over the cattle, and over all the earth, and over every moving thing that moves upon the earth.”
So God created man in His image,
In the image of God He created him,
Male and female He created them.

The problems are obvious. First, why the preface, “Let us make …”? In no other case does God verbally reflect on what He is about to create before He creates it. Second, who is the “us”? At that time there was no “us.” There was only God. There are many answers, but here I want to focus only on one given by the Talmud. It is quite extraordinary. The “us” refers to the angels with whom God consulted. He did so because He was faced with a fateful dilemma. By creating Homo sapiens, God was making the one being other than Himself capable of destroying life on earth. Read Jared Diamond’s Guns, Germs and Steel or Collapse and you will discover how destructive humans have been wherever they have set foot, creating environmental damage and human devastation on a massive scale. We are still doing so. This is how the Talmud describes what happened before God created humankind:

When the Holy One, blessed be He, came to create man, He created a group of ministering angels and asked them, “Do you agree that we should make man in our image?” They replied, “Sovereign of the Universe, what will be his deeds?”

God showed them the history of mankind. The angels replied, “What is man that You are mindful of him?” [in other words, let man not be created].

He created a second group, and asked them the same question, and they gave the same answer. God destroyed them.

He created a third group of angels, and they replied, “Sovereign of the Universe, the first and second group of angels told You not to create man, and it did not avail them. You did not listen. What then can we say but this: The universe is Yours. Do with it as You wish.”

Then God replied (Isaiah 46:4), “Even to old age I will not change, and even to grey hair, I will still be patient.”

This goes to the core of the dilemma even God could not escape. Were He not to create humanity there would be no-one in the universe capable of understanding that he or she was created and that God exists. Only with the birth of humanity did the universe become self-conscious. Without us, it would be as if God had created billions of robots mindlessly doing what they been programmed to do for all eternity. So, even though by creating humans God was putting the entire future of creation at risk, God went ahead and made humankind.

This is radical theology indeed. The Talmud is telling us is that the existence of humankind can only be explained by the fact that God had faith in man. As the Sifre explains the phrase in Moses’ song, “the God of faith” – this means, “the God who had faith in the universe and created it.”[1] The real religious mystery, according to Judaism, is not our faith in God. It is God’s faith in us.

This is the extraordinary idea that shines through the entire Tanach. God invests his hopes for the universe in this strange, refractory, cantankerous, ungrateful and sometimes degenerate creature called Homo sapiens, part dust of the earth, part breath of God, whose behaviour disappoints and sometimes appals him. Yet He never gives up.

He tries with Adam, Noah, Abraham, Isaac, Jacob, Moses, Joshua, a string of judges and kings. He tries with women also, and here succeeds much better. They are more faithful, less violent, less obsessed with power. But He refuses to give up on men. He has His most passionate relationship with the prophets. They understand Him and become bearers of His word. Yet most of the prophets end up as disappointed with people as God is.

The real subject of the Torah is not our faith in God, which is often faltering, but His unfailing faith in us. The Torah is not man’s book of God. It is God’s book of man. He spends a mere 34 verses describing His own creation of the universe, but more than 500 verses describing the Israelites’ creation of a tiny, temporary, portable building called the Mishkan, the Sanctuary. God never stops believing in us, loving us, and hoping for the best from us. There are moments when He almost despairs. Our parsha says so.

But Noah, good, innocent, upright, consoles Him. For the sake of one good man God was prepared to begin again.

Of course, all of this is a matter of faith – as is all belief in the thoughts and feelings of persons other than myself. Do I really know whether those closest to me – my marriage partner, my children, my companions, my friends – love me or have faith in me, or is that just wishful thinking on my part? Atheists sometimes think that belief in God is irrational while belief in other people is rational. That is simply not so. The proof is the failure of the man who, at the dawn of the Enlightenment, sought to put philosophy on a rational basis: Rene Descartes. Descartes famously said, Cogito ergo sum, “I think, therefore I am.” All he was sure of was his own existence. For anything else – the existence of physical objects, let alone other minds – even he had to invoke God.

I for one do not have enough faith to be an atheist.[2] To be an atheist you have to have faith, either in humankind as a whole, or in yourself. How anyone can have faith in humankind after the Holocaust defies all reason. The single most calculated, sustained crime of man against man happened not in some benighted third world country but in the heart of a Europe that had given birth to Kant and Hegel, Bach and Beethoven, Goethe and Schiller. Civilization utterly failed to civilize. Humanism did not make men humane.

When I first stood at Auschwitz-Birkenau the question that haunted me was not, “Where was God?” God was in the command, “You shall not murder.” God was in the words, “You shall not oppress the stranger.” God was saying to humanity, “Your brother’s blood is crying to Me from the ground.” God did not stop the first humans eating forbidden fruit. He did not stop Cain committing murder. He did not stop the Egyptians enslaving the Israelites. God does not save us from ourselves. That, according to the Talmud, is why creating man was such a risk that the angels advised against it. The question that haunts me after the Holocaust, as it does today in this new age of chaos, is “Where is man?”

As for believing only in yourself, that is hubris. Every serious thinker since the dawn of history has known that this ends in nemesis.

There are only two serious possibilities to be entertained by serious minds. Either the one put forward by the Torah that we are here because a Force greater than the universe wanted us to be, or the alternative: that the universe exists because of a random fluctuation in the quantum field, and we are here because of a mindless sequence of genetic mutations blindly sifted by natural selection. Either there is or is not meaning to the human condition. The first possibility yields Isaiah, the second, Sophocles, Aeschylus and Greek tragedy. The Greece of antiquity died. The Israel of Abraham and Moses still lives.

There may be times in our lives – certainly there have been in mine – when the sun disappears and we enter the cloud of black despair. King David knew these feelings well. They are theme of several Psalms. People can be brutal to one another. There are some who, having suffered pain themselves, find relief in inflicting it on others. You can lose faith in humanity, or in yourself, or both. At such times, the knowledge that God has faith in us is transformative, redemptive. As David said in Psalm 27:

Even were my father or mother to forsake me,
The Lord would still receive me.

We may lose heart; God never will. We may despair; God will give us hope. God believes in us even if we don’t believe in ourselves. We may sin and disappoint and come short again and again, but God never ceases to forgive us when we fail and lift us when we fall.

Have faith in God’s faith in us and you will find the path from darkness to light.

[1] Sifre, Ha’azinu, 325.
[2] Of course an atheist might say – Sigmund Freud came close to saying this – that faith is simply a comforting illusion. That really is not so. It is far more demanding to believe that God summons us to responsibility, that He asks us to fight for justice, equality and human dignity, and that He holds us accountable for what we do, than to believe that there is no meaning to human existence other than ones we invent for ourselves, no ultimate truth, no absolute moral standards, and no one to whom we will have to give an account of our lives. Fifty years of reflection on this issue have led me to conclude that it is atheism that is, morally and existentially, the easy option – and I say this having known and studied with some of the greatest atheists of our time. That is not to say that I am critical of atheists. To the contrary, in a secular age, it is the default option. That is why now, more than at any other time in the past two thousand years, it takes courage to have and live by religious faith.

God believes in us even if we don’t always believe in ourselves. Remember this, and you will find the path from darkness to light.