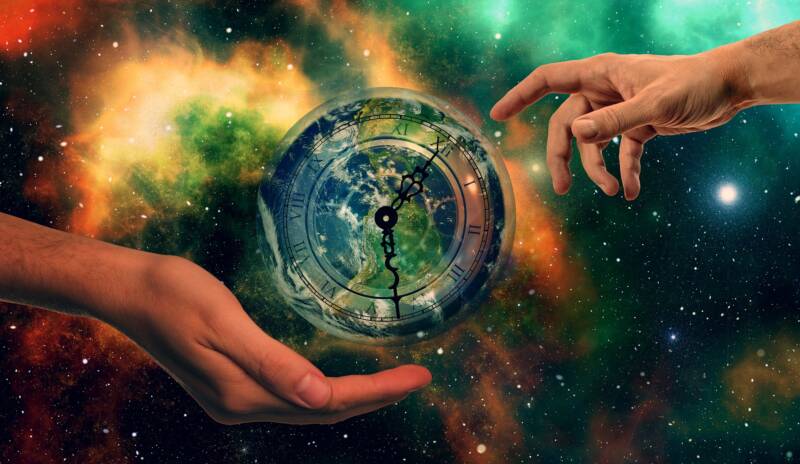 The first translation of the Torah into another language – Greek – took place in around the second century BCE, in Egypt during the reign of Ptolemy II. It is known as the Septuagint, in Hebrew HaShivim, because it was done by a team of seventy scholars. The Talmud, however, says that at various points the Sages at work on the project deliberately mistranslated certain texts because they believed that a literal translation would simply be unintelligible to a Greek readership. One of these texts was the phrase, “On the seventh day God finished all the work He had made.” Instead, the translators wrote, “On the sixth day God finished.”[1]

What was it that they thought the Greeks would not understand? How did the idea that God made the universe in six days make more sense than that He did so in seven? It seems puzzling, yet the answer is simple. The Greeks could not understand the seventh day, Shabbat, as itself part of the work of Creation. What is creative about resting? What do we achieve by not making, not working, not inventing? The idea seems to make no sense at all.

Indeed, we have the independent testimony of the Greek writers of that period, that one of the things they ridiculed in Judaism was Shabbat. One day in seven Jews do not work, they said, because they are lazy. The idea that the day itself might have independent value was apparently beyond their comprehension. Oddly enough, within a very short period of time the empire of Alexander the Great began to crumble, just as had the earlier city state of Athens that gave rise to some of the greatest thinkers and writers in history. Civilisations, like individuals, can suffer from burnout. It’s what happens when you don’t have a day of rest written into your schedule. As Ahad HaAm said:

Rest one day in seven and you won’t burn out.

Shabbat, which we encounter for the first time in this week’s parsha, is one of the greatest institutions the world has ever known. It changed the way the world thought about time. Prior to Judaism, people measured time either by the sun – the solar calendar of 365 days aligning us with the seasons – or by the moon, that is, by months (“month” comes from the word “moon”) of roughly thirty days. The idea of the seven-day week – which has no counterpart in nature – was born in the Torah and spread throughout the world via Christianity and Islam, both of which borrowed it from Judaism, marking the difference simply by having it on a different day. We have years because of the sun, months because of the moon, and weeks because of the Jews.

What Shabbat gave – and still gives – is the unique opportunity to create space within our lives, and within society as a whole, in which we are truly free. Free from the pressures of work; free from the demands of ruthless employers; free from the siren calls of a consumer society urging us to spend our way to happiness; free to be ourselves in the company of those we love. Somehow this one day has renewed its meaning in generation after generation, despite the most profound economic and industrial change. In Moses’ day it meant freedom from slavery to Pharaoh. In the nineteenth and early twentieth century it meant freedom from sweatshop working conditions of long hours for little pay. In ours, it means freedom from emails, smartphones, and the demands of 24/7 availability.

What our parsha tells us is that Shabbat was among the first commands the Israelites received on leaving Egypt. Having complained about the lack of food, God told them that He would send them manna from heaven, but they were not to gather it on the seventh day. Instead, a double portion would fall on the sixth. That is why to this day we have two challot on Shabbat, in memory of that time.

Not only was Shabbat culturally unprecedented. Conceptually, it was so as well. Throughout history people have dreamed of an ideal world. We call such visions, utopias, from the Greek ou meaning “no” and topos meaning “place.”[2] They are called that because no such dream has ever come true, except in one instance, namely Shabbat. Shabbat is “utopia now,” because on it we create, for twenty-five hours a week, a world in which there are no hierarchies, no employers and employees, no buyers and sellers, no inequalities of wealth or power, no production, no traffic, no din of the factory or clamour of the marketplace. It is “the still point of the turning world,” a pause between symphonic movements, a break between the chapters of our days, an equivalent in time of the open countryside between towns where you can feel the breeze and hear the song of birds. Shabbat is utopia, not as it will be at the end of time but rather, as we rehearse for it now in the midst of time.

God wanted the Israelites to begin their one-day-in-seven rehearsal of freedom almost as soon as they left Egypt, because real freedom, of the seven-days-in-seven kind, takes time, centuries, millennia. The Torah regards slavery as wrong,[3] but it did not abolish it immediately because people were not yet ready for this. Neither Britain nor America abolished it until the nineteenth century, and even then not without a struggle. Yet the outcome was inevitable once Shabbat had been set in motion, because slaves who know freedom one day in seven will eventually rise against their chains.

The human spirit needs time to breathe, to inhale, to grow. The first rule in time management is to distinguish between matters that are important, and those that are merely urgent. Under pressure, the things that are important but not urgent tend to get crowded out. Yet these are often what matter most to our happiness and sense of a life well-lived. Shabbat is time dedicated to the things that are important but not urgent: family, friends, community, a sense of sanctity, prayer in which we thank God for the good things in our life, and Torah reading in which we retell the long, dramatic story of our people and our journey. Shabbat is when we celebrate shalom bayit – the peace that comes from love and lives in the home blessed by the Shechinah, the presence of God you can almost feel in the candlelight, the wine, and the special bread. This is a beauty created not by Michelangelo or Leonardo but by each of us: a serene island of time in the midst of the often-raging sea of a restless world.

I once took part, together with the Dalai Lama, in a seminar (organised by the Elijah Institute) in Amritsar, Northern India, the sacred city of the Sikhs. In the course of the talks, delivered to an audience of two thousand Sikh students, one of the Sikh leaders turned to the students and said: “What we need is what the Jews have: Shabbat!” Just imagine, he said, a day dedicated every week to family and home and relationships. He could see its beauty. We can live its reality.

The ancient Greeks could not understand how a day of rest could be part of Creation. Yet it is so, for without rest for the body, peace for the mind, silence for the soul, and a renewal of our bonds of identity and love, the creative process eventually withers and dies. It suffers entropy, the principle that all systems lose energy over time.

The Jewish people did not lose energy over time, and remains as vital and creative as it ever was. The reason is Shabbat: humanity’s greatest source of renewable energy, the day that gives us the strength to keep on creating.

[3] On the wrongness of slavery from a Torah perspective, see the important analysis in Rabbi N. L. Rabinovitch, Mesilot BiLevavam (Maaleh Adumim: Maaliyot, 2015), 38–45. The basis of the argument is the view, central to both the Written Torah and the Mishna, that all humans share the same ontological dignity as the image and likeness of God. This was in the sharpest possible contrast to the views, for instance, of Plato and Aristotle. Rabbi Rabinovitch analyses the views of the Sages, and of Maimonides and Me’iri, on the phrase “They shall be your slaves forever” (Lev. 25:46). Note also the quote he brings from Job 31:13–15, “If I have denied justice to any of my servants…when they had a grievance against me, what will I do when God confronts me? What will I answer when called to account? Did not He who made me in the womb make them? Did not the same One form us both within our mothers?”