The Face of Evil 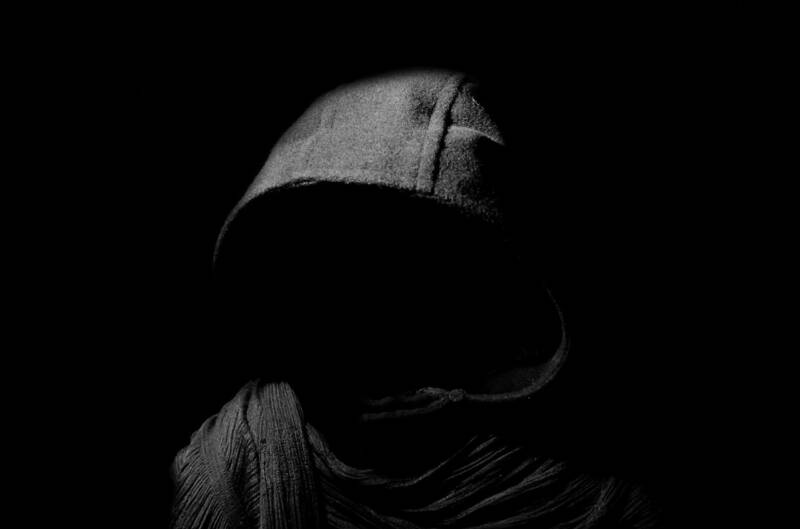 After 9/11, when the horror and trauma had subsided, Americans found themselves asking what had happened and why. Was it a disaster? A tragedy? A crime? An act of war? It did not seem to fit the pre-existing paradigms. And why had it happened? The question most often asked about Al Qaeda was, “Why do they hate us?”

In the wake of those events an American thinker Lee Harris wrote two books, Civilization and its Enemies and The Suicide of Reason that were among the most thought-provoking responses of the decade.[1] The reason for the questions and the failure to find answers, said Harris, was that we in the West had forgotten the concept of an enemy. Liberal democratic politics and market economics create a certain kind of society, a specific way of thinking and a characteristic type of personality. At their heart is the concept of the rational actor, the person who judges acts by their consequences and chooses the maximal option. Such a person believes that for every problem there is a solution, for every conflict a resolution. The way to achieve it is to sit down, negotiate, and do on balance what is best for all.

In such a world there are no enemies, merely conflicts of interest. An enemy, says Harris, is simply “a friend we haven’t done enough for yet.” In the real world, however, not everyone is a liberal democrat. An enemy is “someone who is willing to die in order to kill you. And while it is true that the enemy always hates us for a reason, it is his reason, not ours.” He sees a different world from ours, and in that world we are the enemy. Why do they hate us? Answers Harris:

“They hate us because we are their enemy.”

Whatever the rights and wrongs of Harris’s specifics, the general point is true and profound. We can become mind-blind, thinking that the way we – our society, our culture, our civilisation – see things is the only way, or at least that it is the way everyone would choose if given the chance. Only a complete failure to understand the history of ideas can explain this error, and it is a dangerous one. When Montezuma, ruler of the Aztecs, met Cortes, leader of the Spanish expedition in 1520, he assumed that he was meeting a civilised man from a civilised nation. That mistake cost him his life, and within a year there was no Aztec civilisation anymore. Not everyone sees the world the way we do, and, as Richard Weaver once said: “The trouble with humanity is that it forgets to read the minutes of the last meeting.”[2]

This explains the significance of the unusual command at the end of this week’s parsha. The Israelites had escaped the seemingly inexorable danger of the chariots of the Egyptian army, the military high-tech of its day. Miraculously the sea divided, the Israelites crossed, the Egyptians, their chariot wheels caught in the mud, were unable either to advance or retreat and were caught by the returning tide.

The Israelites sang a song and finally seemed to be free, when something untoward and unexpected happened. They were attacked by a new enemy, the Amalekites, a nomadic group living in the desert. Moses instructed Joshua to lead the people in battle. They fought and won. But the Torah makes it clear that this was no ordinary battle:

Then the Lord said to Moses, ‘Write this on a scroll as something to be remembered and make sure that Joshua hears it, because I will completely blot out the name of Amalek from under heaven.’ Moses built an altar and called it The Lord is my Banner. He said, ‘The hand is on the Lord’s throne. The Lord will be at war with Amalek for all generations.’

This is a very strange statement, and it stands in marked contrast to the way the Torah speaks about the Egyptians. The Amalekites attacked Israel during the lifetime of Moses just once. The Egyptians oppressed the Israelites over an extended period, oppressing and enslaving them and starting a slow genocide by killing every male Israelite child. The whole thrust of the narrative would suggest that if any nation would become the symbol of evil, it would be Egypt.

But the opposite turns out to be true. In Deuteronomy the Torah states, “Do not abhor an Egyptian, because you were a stranger in his land” (Deut. 23:8). Shortly thereafter, Moses repeats the command about the Amalekites, adding a significant detail:

Remember what the Amalekites did to you along the way when you came out of Egypt. When you were weary and worn out, they met you on your journey and attacked all who were lagging behind; they had no fear of God … You shall blot out the name of Amalek from under heaven. Do not forget!

In today’s terminology, the Egyptians were rational actors, the Amalekites were not. With rational actors there can be negotiated peace. People engaged in conflict eventually realise that they are not only destroying their enemies: they are destroying themselves. That is what Pharaoh’s advisers said to him after seven plagues: “Do you not yet realise that Egypt is ruined?” (Ex. 10:7). There comes a point at which rational actors understand that the pursuit of self-interest has become self-destructive, and they learn to co-operate.

It is not so, however, with non-rational actors. Emil Fackenheim, one of the great post-Holocaust theologians, noted that towards the end of the Second World War the Germans diverted trains carrying supplies to their own army, in order to transport Jews to the extermination camps. So driven were they by hatred that they were prepared to put their own victory at risk in order to carry out the systematic murder of the Jews of Europe. This was, he said, evil for evil’s sake.[4]

The Amalekites function in Jewish memory as “the enemy” in Lee Harris’ sense. Jewish law, however, specifies two completely different forms of action in relation to the Amalekites. First is the physical command to wage war against them. That is what Samuel told Saul to do, a command he failed fully to fulfil. Does this command still apply today?

The unequivocal answer given by Rabbi Nachum Rabinovitch is ‘No’.[5] Maimonides ruled that the command to destroy the Amalekites only applied if they refused to make peace and accept the seven Noahide laws. He further stated that the command was no longer applicable since Sennacherib, the Assyrian, had transported and resettled the nations he conquered so that it was no longer possible to identify the ethnicity of any of the original nations against whom the Israelites were commanded to fight. He also said, in The Guide for the Perplexed, that the command only applied to people of specific biological descent. It is not to be applied in general to enemies or haters of the Jewish people. So the command to wage war against the Amalekites no longer applies.

However, there is a quite different command, to “remember” and “not forget” Amalek, which we fulfil annually by the reading the passage containing the Amalekites command as it appears in Deuteronomy on the Shabbat before Purim, Shabbat Zachor (the connection with Purim is that Haman the “Agagite” is assumed to be a descendant of Agag, king of the Amalekites). Here Amalek has become a symbol rather than a reality.

By dividing the response in this way, Judaism marks a clear distinction between an ancient enemy who no longer exists, and the evil that enemy embodied, which can break out again at any time in any place. It is easy at times of peace to forget the evil that lies just beneath the surface of the human heart. Never was this truer than in the past three centuries. The birth of Enlightenment, toleration, emancipation, liberalism and human rights persuaded many, Jews among them, that collective evil was as extinct as the Amalekites. Evil was then, not now. That age eventually begat nationalism, fascism, communism, two World Wars, some of the brutal tyrannies ever known, and the worst crime of man against man.

Wherever we see terrorism, we should look for tyranny and oppression … The terrorists aim to rule, and murder is their method. They have their own internal police, death squads, disappearances. They begin by killing or intimidating those comrades who stand in their way, and they proceed :[to do the same, if they can, among the people they claim to represent. If terrorists are successful, they rule tyrannically, and their people bear, without consent, the costs of the terrorists’ rule.

Lee Harris began Civilization and its Enemies with the words, “The subject of this book is forgetfulness,”[6] and ends with a question: “Can the West overcome the forgetfulness that is the nemesis of every successful civilisation?”[7] That is why are commanded to remember and never forget Amalek, not because the historic people still exists, but because a society of rational actors can sometimes believe that the world is full of rational actors with whom one can negotiate peace. It is not always so.

Rarely was a biblical message so relevant to the future of the West and of freedom itself. Peace is possible, implies Moses, even with an Egypt that enslaved and tried to destroy us. But peace is not possible with those who attack people they see as weak and who deny their own people the freedom for which they claim to be fighting. Freedom depends on our ability to remember and, whenever necessary, confront “the eternal gang of ruthless men,”[8] the face of Amalek throughout history. Sometimes there may be no alternative but to fight evil and defeat it. This may be the only path to peace.