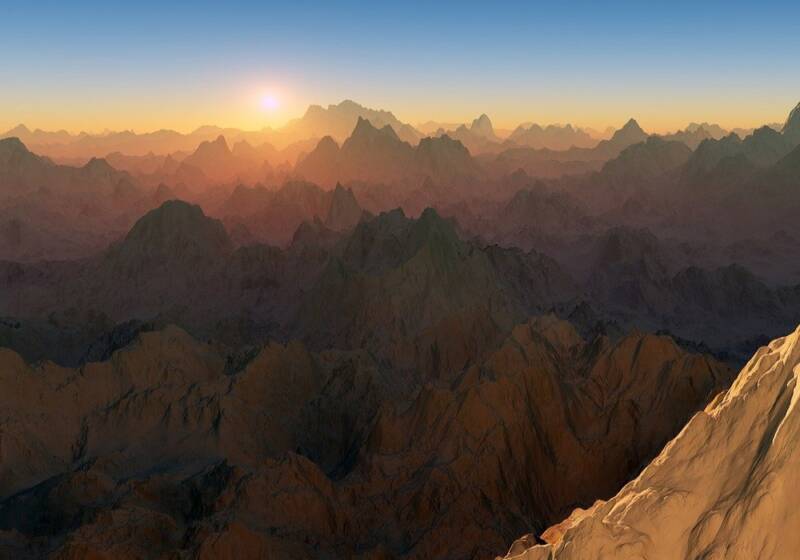 To gain insight into the unique leadership lesson of this week’s parsha, I often ask an audience to perform a thought-experiment. Imagine you are the leader of a people that is enslaved and oppressed, that has suffered exile for more than two centuries. Now, after a series of miracles, it is about to go free. You assemble them and rise to address them. They are waiting expectantly for your words. This is a defining moment they will never forget. What will you speak about?

Most people answer: freedom. That was Abraham Lincoln’s decision in the Gettysburg Address when he invoked the memory of “a new nation, conceived in liberty,” and looked forward to “a new birth of freedom.”[1] Some suggest that they would inspire the people by talking about the destination that lay ahead, the “land flowing with milk and honey.” Yet others say they would warn the people of the dangers and challenges that they would encounter on what Nelson Mandela called “the long walk to freedom.”[2]

Any of these would have been the great speech of a great leader. Guided by God, Moses did none of these things. That is what made him a unique leader. If you examine the text in parshat Bo you will see that three times he reverted to the same theme: children, education and the distant future.

And when your children ask you, “What do you mean by this rite?” you shall say, “It is the Passover sacrifice to the Lord, because He passed over the houses of the Israelites in Egypt when he smote the Egyptians, but saved our houses.”

And you shall explain to your child on that day, “It is because of what the Lord did for me when I went free from Egypt.”

And when, in time to come, your child asks you, saying, “What does this mean?” you shall say to him, “It was with a mighty hand that the Lord brought us out from Egypt, the house of bondage.”

It is one of the most counter-intuitive acts in the history of leadership. Moses did not speak about today or tomorrow. He spoke about the distant future and the duty of parents to educate their children. He even hinted – as Jewish tradition understood – that we should encourage our children to ask questions, so that the handing on of the Jewish heritage would be not a matter of rote learning but of active dialogue between parents and children.

So Jews became the only people in history to predicate their very survival on education. The most sacred duty of parents was to teach their children. Pesach itself became an ongoing seminar in the handing on of memory. Judaism became the religion whose heroes were teachers and whose passion was study and the life of the mind. The Mesopotamians built ziggurats. The Egyptians built pyramids. The Greeks built the Parthenon. The Romans built the Coliseum. Jews built schools. That is why they alone, of all the civilisations of the ancient world are still alive and strong, still continuing their ancestors’ vocation, their heritage intact and undiminished.

Moses’ insight was profound. He knew that you cannot change the world by externalities alone, by monumental architecture, or armies and empires, or the use of force and power. How many empires have come and gone while the human condition remains untransformed and unredeemed?

There is only one way to change the world, and that is by education. You have to teach children the importance of justice, righteousness, kindness and compassion. You have to teach them that freedom can only be sustained by the laws and habits of self-restraint. You have continually to remind them of the lessons of history, “We were slaves to Pharaoh in Egypt,” because those who forget the bitterness of slavery eventually lose the commitment and courage to fight for freedom. And you have to empower children to ask, challenge and argue. You have to respect them if they are to respect the values you wish them to embrace.

This is a lesson most cultures still have not learned after more than three thousand years. Revolutions, protests and civil wars still take place, encouraging people to think that removing a tyrant or having a democratic election will end corruption, create freedom, and lead to justice and the rule of law – and still people are surprised and disappointed when it does not happen. All that happens is a change of faces in the corridors of power.

In one of the great speeches of the twentieth century, a distinguished American justice, Judge Learned Hand, said:

What God taught Moses was that the real challenge does not lie in gaining freedom; it lies in sustaining it, keeping the spirit of liberty alive in the hearts of successive generations. That can only be done through a sustained process of education. Nor is this something that can be delegated away to teachers and schools. Some of it has to take place within the family, at home, and with the sacred obligation that comes from religious duty. No one ever saw this more clearly than Moses, and only because of his teachings have Jews and Judaism survived.

What makes leaders great is that they think ahead, worrying not about tomorrow but about next year, or the next decade, or the next generation. In one of his finest speeches Robert F. Kennedy spoke of the power of leaders to transform the world when they have a clear vision of a possible future:

Some believe there is nothing one man or one woman can do against the enormous array of the world’s ills — against misery, against ignorance, or injustice and violence. Yet many of the world’s great movements, of thought and action, have flowed from the work of a single man. A young monk began the Protestant reformation, a young general extended an empire from Macedonia to the borders of the earth, and a young woman reclaimed the territory of France. It was a young Italian explorer who discovered the New World, and 32 year old Thomas Jefferson who proclaimed that all men are created equal. ‘Give me a place to stand,’ said Archimedes, ‘and I will move the world.’ These men moved the world, and so can we all.”

Visionary leadership forms the text and texture of Judaism. It was the book of Proverbs that said, “Without a vision [chazzon] the people perish.” (Prov. 29:18). That vision in the minds of the Prophets was always of a long-term future. God told Ezekiel that a Prophet is a watchman, one who climbs to a high vantage-point and so can see the danger in the distance, before anyone else is aware of it at ground level (Ezek. 33:1-6). The Sages said, “Who is wise? One who sees the long-term consequences [ha-nolad].”[3] Two of the greatest leaders of the twentieth century, Churchill and Ben Gurion, were also distinguished historians. Knowing the past, they could anticipate the future. They were like Chess Masters who, because they have studied thousands of games, recognise almost immediately the dangers and possibilities in any configuration of the pieces on the board. They know what will happen if you make this move or that.

If you want to be a great leader in any field, from Prime Minister to parent, it is essential to think long-term. Never choose the easy option because it is simple or fast or yields immediate satisfaction. You will pay a high price in the end.

Moses was the greatest leader because he thought further ahead than anyone else. He knew that real change in human behaviour is the work of many generations. Therefore we must place as our highest priority educating our children in our ideals so that what we begin they will continue until the world changes because we have changed. He knew that if you plan for a year, plant rice. If you plan for a decade, plant a tree. If you plan for posterity, educate a child.[4] Moses’ lesson, thirty-three centuries old, is still compelling today.