Writing My Own Chapter 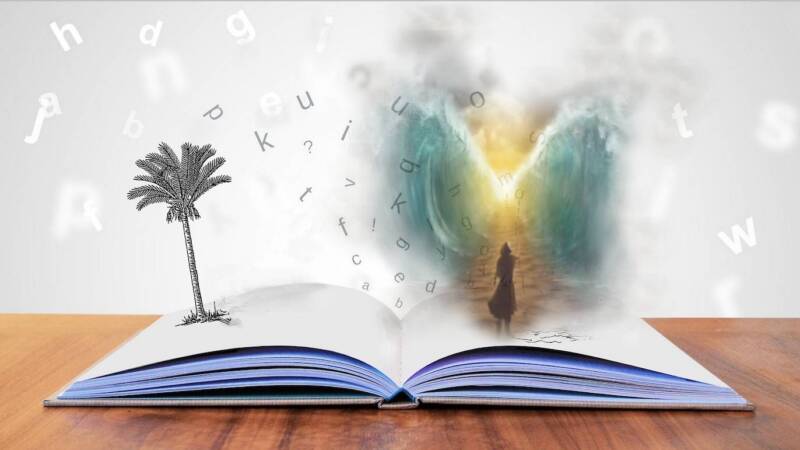 Sometimes others know us better than we know ourselves. In the year 2000, a British Jewish research institute came up with a proposal that Jews in Britain be redefined as an ethnic group and not as a religious community. It was a non-Jewish journalist, Andrew Marr, who stated what should have been obvious. He said: “All this is shallow water, and the further in you wade, the shallower it gets.”

It is what he wrote next that I found inspirational: “The Jews have always had stories for the rest of us. They have had their Bible, one of the great imaginative works of the human spirit. They have been victim of the worst modernity can do, a mirror for Western madness. Above all they have had the story of their cultural and genetic survival from the Roman Empire to the 2000s, weaving and thriving amid uncomprehending, hostile European tribes.”[1]

The Jews have always had stories for the rest of us. I love that testimony. And indeed, from early on, storytelling has been central to the Jewish tradition. Every culture has its stories. (The late Elie Wiesel once said, “God created man because God loves stories”). Almost certainly, the tradition goes back to the days when our ancestors were hunter-gatherers telling stories around the campfire at night. We are the storytelling animal.

But what is truly remarkable is the way in which, in this week’s parsha, on the brink of the Exodus, Moses three times tells the Israelites how they are to tell the story to their children in future generations.

1) When your children ask you, ‘What does this ceremony mean to you?’ then tell them, ‘It is the Passover sacrifice to the Lord, who passed over the houses of the Israelites in Egypt and spared our homes when He struck down the Egyptians.’

2) On that day tell your child, ‘I do this because of what the Lord did for me when I came out of Egypt.’

3) In days to come, when your child asks you, ‘What does this mean?’ say, ‘With a mighty hand the Lord brought us out of Egypt, out of the land of slavery.’

The Israelites had not yet left Egypt, and yet already Moses was telling them how to tell the story. That is the extraordinary fact. Why so? Why this obsession with storytelling?

The simplest answer is that we are the story we tell about ourselves.[2] There is an intrinsic, perhaps necessary, link between narrative and identity. In the words of the thinker who did more than most to place this idea at the centre of contemporary thought, Alasdair MacIntyre, “man is in his actions and practice, as well as in his fictions, essentially a story-telling animal.”[3] We come to know who we are by discovering of which story or stories we are a part.

Jerome Bruner has persuasively argued that narrative is central to the construction of meaning, and meaning is what makes the human condition human.[4] No computer needs to be persuaded of its purpose in life before it does what it is supposed to do. Genes need no motivational encouragement. No virus needs a coach. We do not have to enter their mindset to understand what they do and how they do it, because they do not have a mindset to enter. But humans do. We act in the present because of things we did or that happened to us in the past, and in order to realise a sought-for future. Even minimally to explain what we are doing is already to tell a story. Take three people eating salad in a restaurant, one because he needs to lose weight, the second because she’s a principled vegetarian, the third because of religious dietary laws. These are three outwardly similar acts, but they belong to different stories and they have different meanings for the people involved.

Why though storytelling and the Exodus?

One of the most powerful passages I have ever read on the nature of Jewish existence is contained in Jean-Jacques Rousseau’s Considerations on the Government of Poland (1772). This is an unlikely place to find insight on the Jewish condition, but it is there. Rousseau is talking about the greatest of political leaders. First of these, he says, was Moses who “formed and executed the astonishing enterprise of instituting as a national body a swarm of wretched fugitives who had no arts, no weapons, no talents, no virtues, no courage, and who, since they had not an inch of territory of their own, were a troop of strangers upon the face of the earth.”

Moses, he says, “dared to make out of this wandering and servile troop a body politic, a free people, and while it wandered in the wilderness without so much as a stone on which to rest its head, gave it the lasting institution, proof against time, fortune and conquerors, which 5000 years have not been able to destroy or even to weaken.” This singular nation, he says, so often subjugated and scattered, “has nevertheless maintained itself down to our days, scattered among the other nations without ever merging with them.”[5]

Moses’ genius, he says, lay in the nature of the laws that kept Jews as a people apart. But that is only half the story. The other half lies in this week’s parsha, in the institution of storytelling as a fundamental religious duty, recalling and re-enacting the events of the Exodus every year, and in particular, making children central to the story. Noting that in three of the four storytelling passages (three in our parsha, the fourth in Va’etchanan) children are referred to as asking questions, the Sages held that the narrative of Seder night should be told in response to a question asked by a child wherever possible. If we are the story we tell about ourselves, then as long as we never lose the story, we will never lose our identity.

This idea found expression some years ago in a fascinating encounter. Tibet has been governed by the Chinese since 1950. During the 1959 uprising, the Dalai Lama, his life in danger, fled to Dharamsala in India where he and many of his followers have lived ever since. Realising that their stay in exile might be prolonged, in 1992 he decided to ask Jews, whom he regarded as the world’s experts in maintaining identity in exile, for advice. What, he wanted to know, was the secret? The story of that week-long encounter has been told by Roger Kamenetz in his book, The Jew in the Lotus.[6] One of the things they told him was the importance of memory and storytelling in keeping a people’s culture and identity alive. They spoke about Pesach and the Seder service in particular. So in 1997 Rabbis and American dignitaries held a special Seder service in Washington DC with the Dalai Lama. He wrote this to the participants:

“In our dialogue with Rabbis and Jewish scholars, the Tibetan people have learned about the secrets of Jewish spiritual survival in exile: one secret is the Passover Seder. Through it for 2000 years, even in very difficult times, Jewish people remember their liberation from slavery to freedom and this has brought you hope in times of difficulty. We are grateful to our Jewish brothers and sisters for adding to their celebration of freedom the thought of freedom for the Tibetan people.”

Cultures are shaped by the range of stories to which they give rise. Some of these have a special role in shaping the self-understanding of those who tell them. We call them master-narratives. They are about large, ongoing groups of people: the tribe, the nation, the civilisation. They hold the group together horizontally across space and vertically across time, giving it a shared identity handed on across the generations.

None has been more powerful than the Exodus story, whose frame and context is set out in our parsha. It gave Jews the most tenacious identity ever held by a nation. In the eras of oppression, it gave hope of freedom. At times of exile, it promised return. It told two hundred generations of Jewish children who they were and of what story they were a part. It became the world’s master-narrative of liberty, adopted by an astonishing variety of groups, from Puritans in the 17th century to African-Americans in the 19th and to Tibetan Buddhists today.

I believe that I am a character in our people’s story, with my own chapter to write, and so are we all. To be a Jew is to see yourself as part of that story, to make it live in our time, and to do your best to hand it on to those who will come after us.