Parents and children, husbands and wives 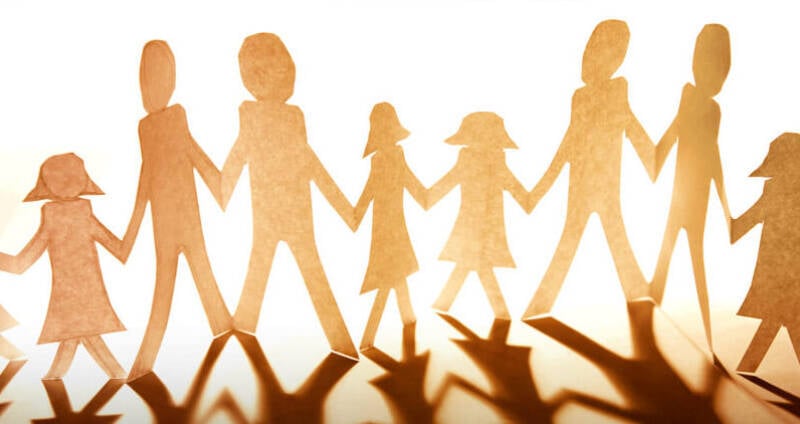 In the long chapter of Genesis 24, we read of how Abraham instructed his servant to travel to Aram-Naharaim where the rest of his family was located, to choose and bring back a wife for Isaac, his son. It is an extraordinary passage. Isaac takes no part in the process. We do not read that his father consulted him; that he gave his consent to the arrangement; or that his views entered into the episode in any way. All we read, when Abraham servant returned with Rebecca, is that:

Isaac conducted her into the tent and took her as his wife. So she became his wife, and he loved her and was consoled for the death of his mother.

It is yet another detail in the general picture we have of Isaac as a figure in the shadow of Abraham, who does what his father does rather than strike out in any new direction of his own.

Esau and Jacob are different. They choose their own marriage partners. Yet once again there is an emphasis on parental wishes. Of Esau we read:

Jacob, by contrast, “obeyed his father and mother” by going to Paddan Aram to find a wife from his mother’s family. (Gen 28:7)

The question that arises from these episodes – especially that of Isaac – is to what extent they are normative. Do they constitute a precedent? Does a parent have a right, in Judaism, to determine who their children will marry? May a child choose a marriage partner against the wishes of a parent? In the case of conflict, whose view do we follow?

The issue arose in the Middle Ages. We must remember that we are talking about an era in which parental authority, as well as respect for age and tradition, were far stronger than they are now. Normally it was expected that a child would act in accordance with the will of his or her parents.

Indeed, as late as 1680, Sir Robert Filmer (in his Patriarcha) argued for the divine right of kings on the basis of the absolute authority – even the power of life and death – of parents over children, and did so on the basis of biblical texts.

Strikingly, though, the halachists did not follow this line. Writing in the thirteenth century, Rabbi Shlomo ibn Adret (Rashba) argued that getting married is a positive command, and parental wishes may not override the fulfilment of a command by a child, since the wishes of God take precedence over those of human beings.

In addition, the Talmud states that “Forty days before a child is formed, a heavenly voice declares: the daughter of X to the son of Y.” Marriages are made in heaven, and presumably the child is in a better position than his parents to recognise his soul-mate.

As for Isaac, Rashba’s explanation is simple. Isaac was a “perfect offering”, a child of special sanctity, who (unlike Abraham and Jacob, both of whom travelled to Egypt) was not allowed to leave the land of Israel. Had this is not been so, says Rashba, he would certainly have undertaken the journey himself to choose a wife (Rashba, Teshuvot ha-meyuchasot le-Ramban, 272).

R. Joseph Colon (Maharik, 1420-1480), considering the same issue, refers to a responsum of Rabbenu Asher in which the author rules that a son is not bound to obey his father if he tells him not to speak to X with whom the father has a dispute. The command to love your neighbour overrides the command to obey your parents. Since the love of husband and wife is a supreme example of love-of-neighbour, it too takes priority over a parent’s wishes.

There is a further consideration. Children are bound to revere and honour their parents and do them service, specifically in matters that concern their welfare. It does not extend open-endedly to deferring to their wishes in matters relating not to them but to others, including the child itself.

Elaborating on this position, Rabbi Elijah Capsali gave the following ruling in a case where a father forbad his son to marry the woman whom ” his soul desired”:

Now, if we were to decide that the son is obliged to obey his parents and marry, though his heart is not in the match, we would cause the growth of hatred and strife in the home, which is not the way of our holy Torah – most certainly in this case, where he loves her. Indeed, we can cite in this situation: “Many waters cannot quench love, neither can the floods drown it” (Song of Songs 8:7). Were he to marry another whom he does not desire, his entire life would be painful and bitter.

Moreover we may also argue that the Torah obliges the son to filial honour and reverence only in matters that affect the parents’ physical well-being and support . . . but in matters that do not affect the parent in these areas, we may say that the Torah does not oblige us to be obedient. Therefore, the son is not obliged by the rules of reverence and honour to accept his father’s command in the matter of marriage. (See Gerald Blidstein, Honour thy Father and Mother, pp. 85-94).

On the basis of these responsa, Rabbi Moses Isserles rules:

If the father objects to his son’s marriage to the woman of his choice, the son is not obliged to listen to his father.

What we see from all these sources is that Jewish law – despite its immense emphasis on honouring parents – also insists that parents make space for their children to make their own decisions in matters affecting their personal happiness. The rabbis extended to parents nothing like the absolute authority attributed to them by figures like Sir Robert Filmer. Abraham did not command his servant to find a wife for Isaac because he believed he had the right to make the choice, but because he knew that Isaac was not allowed to leave the land and make the journey himself. There is great wisdom in this approach. The Jewish family is not authoritarian. It is based, rather, on mutual respect – the child’s respect for those who have brought them into the world, and the parents’ respect for the right of an adult child to make his or her own choices free of excessive parental interference.