Healing the Trauma of Loss 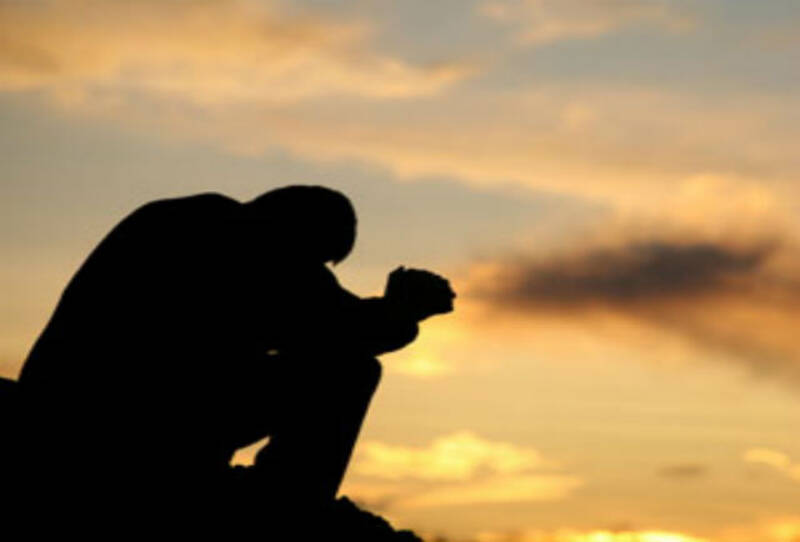 It took me two years to recover from the death of my father, of blessed memory. To this day, almost twenty years later, I am not sure why. He did not die suddenly or young. He was well into his eighties. In his last years he had to undergo five operations, each of which sapped his strength a little more. Besides which, as a Rabbi, I had to officiate at funerals and comfort the bereaved. I knew what grief looked like.

The Rabbis were critical of one who mourns too much too long.[1] They said that God Himself says of such a person, “Are you more compassionate than I am?” Maimonides rules, “A person should not become excessively broken-hearted because of a person’s death, as it says, ‘Do not weep for the dead nor bemoan him’ (Jer. 22:10). This means, ‘Do not weep excessively.’ For death is the way of the world, and one who grieves excessively at the way of the world is a fool.”[2] With rare exceptions, the outer limit of grief in Jewish law is a year, not more.

Yet knowing these things did not help. We are not always masters of our emotions. Nor does comforting others prepare you for your own experience of loss. Jewish law regulates outward conduct not inward feeling, and when it speaks of feelings, like the commands to love and not to hate, halakhah generally translates this into behavioural terms, assuming, in the language of the Sefer ha-Hinnukh, that “the heart follows the deed.”[3]

I felt an existential black hole, an emptiness at the core of being. It deadened my sensations, leaving me unable to sleep or focus, as if life was happening at a great distance and as if I were a spectator watching a film out of focus with the sound turned off. The mood eventually passed but while it lasted I made some of the worst mistakes of my life.

I mention these things because they are the connecting thread of parshat Chukat. The most striking episode is the moment when the people complain about the lack of water. Moses does something wrong, and though God sends water from a rock, he also sentences Moses to an almost unbearable punishment: “Because you did not have sufficient faith in Me to sanctify Me before the Israelites, therefore you shall not bring this assembly into the land I have given you.”

The commentators debate exactly what he did wrong. Was it that he lost his temper with the people (“Listen now, you rebels”)? That he hit the rock instead of speaking to it? That he made it seem as if it was not God but he and Aaron who were responsible for the water (“Shall we bring water out of this rock for you?”)?

What is more puzzling still is why he lost control at that moment. He had faced the same problem before, but he had never lost his temper before. In Exodus 15 the Israelites at Marah complained that the water was undrinkable because it was bitter. In Exodus 17 at Massa-and-Meriva they complained that there was no water. God then told Moses to take his staff and hit the rock, and water flowed from it. So when in our parsha God tells Moses, “Take the staff … and speak to the rock,” it was surely a forgivable mistake to assume that God meant him also to hit it. That is what He had said last time. Moses was following precedent. And if God did not mean him to hit the rock, why did He command him to take his staff?

What is even harder to understand is the order of events. God had already told Moses exactly what to do. Gather the people. Speak to the rock, and water will flow. This was before Moses made his ill-tempered speech, beginning,“Listen, now you rebels.” It is understandable if you lose your composure when you are faced with a problem that seems insoluble. This had happened to Moses earlier when the people complained about the lack of meat. But it makes no sense at all to do so when God has already told you, “Speak to the rock … It will pour forth its water, and you will bring water out of the rock for them, and so you will give the community and their livestock water to drink.” Moses had received the solution. Why then was he so agitated about the problem?

Only after I lost my father did I understand the passage. What had happened immediately before? The first verse of the chapter states: “The people stopped at Kadesh. There, Miriam died and was buried.” Only then does it state that the people had no water. An ancient tradition explains that the people had hitherto been blessed by a miraculous source of water in the merit of Miriam. When she died, the water ceased.

However it seems to me that the deeper connection lies not between the death of Miriam and the lack of water but between her death and Moses’ loss of emotional equilibrium. Miriam was his elder sister. She had watched over his fate when, as a baby, he had been placed in a basket and floated down the Nile. She had had the courage and enterprise to speak to Pharaoh’s daughter and suggest that he be nursed by a Hebrew, thus reuniting Moses and his mother and ensuring that he grew up knowing who he was and to which people he belonged. He owed his sense of identity to her. Without Miriam, he could never have become the human face of God to the Israelites, law-giver, liberator and prophet. Losing her, he not only lost his sister. He lost the human foundation of his life.

Bereaved, you lose control of your emotions. You find yourself angry when the situation calls for calm. You hit when you should speak, and you speak when you should be silent. Even when God has told you what to do, you are only half-listening. You hear the words but they do not fully enter your mind. Maimonides asks the question, how was it that Jacob, a prophet, did not know that his son Joseph was still alive. He answers, because he was in a state of grief, and the Shechinah does not enter us when we are in a state of grief.[4] Moses at the rock was not so much a prophet as a man who had just lost his sister. He was inconsolable and not in control. He was the greatest of the prophets. But he was also human, rarely more so than here.

Our parsha is about mortality. That is the point. God is eternal, we are ephemeral. As we say in the Unetaneh tokef prayer on Rosh Hashanah and Yom Kippur, we are “a fragment of pottery, a blade of grass, a flower that fades, a shadow, a cloud, a breath of wind.” We are dust and to dust we return, but God is life forever.

At one level, Moses-at-the-rock is a story about sin and punishment: “Because you did not have sufficient faith in me to sanctify Me … therefore you shall not bring this assembly into the land I have given you.” We may not be sure what the sin exactly was, or why it merited so severe a punishment, but at least we know the ball-park, the territory to which the story belongs.

Nonetheless it seems to me that – here as in so many other places in the Torah – there is a story beneath the story, and it is a different one altogether. Chukat is about death, loss and bereavement. Miriam dies. Aaron and Moses are told they will not live to enter the Promised Land. Aaron dies, and the people mourn for him for thirty days. Together they constituted the greatest leadership team the Jewish people has ever known, Moses the supreme prophet, Aaron the first High Priest, and Miriam perhaps the greatest of them all.[5] What the parsha is telling us is that for each of us there is a Jordan we will not cross, a promised land we will not enter. “It is not for you to complete the task.” Even the greatest are mortal.

That is why the parsha begins with the ritual of the Red Heifer, whose ashes, mixed with the ash of cedar wood, hyssop and scarlet wool and dissolved in “living water,” are sprinkled over one who has been in contact with the dead so that they may enter the Sanctuary.

Life after death and the resurrection of the dead are fundamental, non-negotiable principles of Jewish faith, but Tanach is conspicuously quiet about them. It is focused on finding God in this life, on this planet, notwithstanding our mortality. “The dead do not praise God,” says the Psalm. God is to be found in life itself with all its hazards and dangers, bereavements and grief. We may be no more than “dust and ashes”, as Abraham said, but life itself is a never-ending stream, “living water”, and it is this that the rite of the Red Heifer symbolises.

With great subtlety the Torah mixes law and narrative together – the law before the narrative because God provides the cure before the disease. Miriam dies. Moses and Aaron are overwhelmed with grief. Moses, for a moment, loses control, and he and Aaron are reminded that they too are mortal and will die before entering the land. Yet this is, as Maimonides said, “the way of the world”. We are embodied souls. We are flesh and blood. We grow old. We lose those we love. Outwardly we struggle to maintain our composure but inwardly we weep. Yet life goes on, and what we began, others will continue.

Those we loved and lost live on in us, as we will live on in those we love. For love is as strong as death,[6] and the good we do never dies.[7]