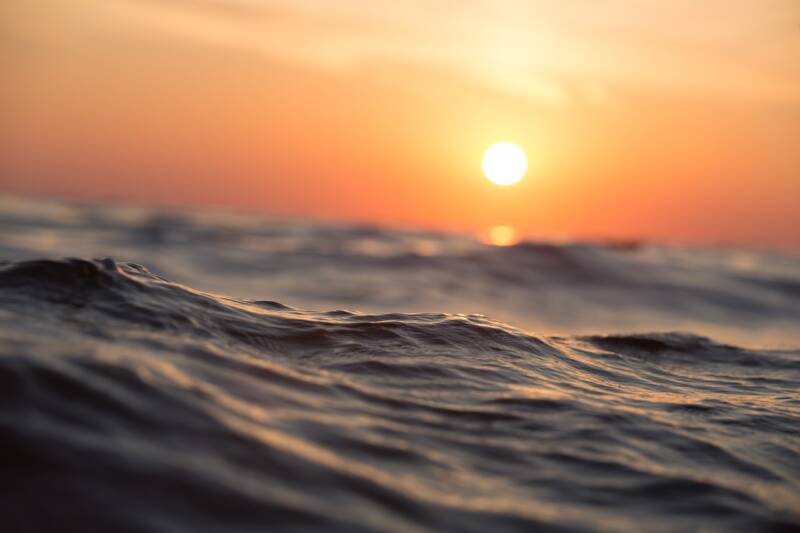 It is a scene that still has the power to shock and disturb. The people complain. There is no water. It is an old complaint and a predictable one. That is what happens in a desert. Moses should have been able to handle it with ease. He has been through far tougher challenges in his time. Yet suddenly at Mei Meriva (“the waters of contention”), he exploded into vituperative anger:

“‘Listen, you rebels, shall we bring you water out of this rock?’ Moses raised his hand and struck the rock twice with his staff.”

In past essays I have argued that Moses did not sin. It was simply that he was the right leader for the generation that left Egypt but not the right leader for their children who would cross the Jordan and engage in conquering a land and building a society. The fact that he was not permitted to lead the next generation was not a failure but an inevitability. As a group of slaves facing freedom, a new relationship with God, and a difficult journey, both physically and spiritually, the Children of Israel needed a strong leader capable of contending with them and with God. But as builders of a new society, they needed a leader who would not do the work for them but who would instead inspire them to do it for themselves.

The face of Moses was like the sun, the face of Joshua was like the moon (Bava Batra 75a). The difference is that sunlight is so strong it leaves no work for a candle to do, whereas a candle can illuminate when the only other source of light is the moon. Joshua empowered his generation more than a figure as strong as Moses would have done.

But there is another question altogether about the episode we read of this week. What made this trial different? Why did Moses momentarily lose control? Why then? Why there? He had faced just this challenge before.
The Torah mentions two previous episodes. One took place at Mara, almost immediately after the division of the Red Sea. The people found water but it was bitter. Moses prayed to God, God told him how to sweeten the water, and the episode passed. The second episode occurred at Rephidim (Ex. 17:1–7). This time there was no water at all. Moses rebuked the people: “Why are you quarrelling with me? Are you trying to test God?” He then turned to God and said, “What am I to do with this people? Before long they will stone me!” God told him to go to a rock at Horeb, take his staff, and hit the rock. Moses did so, and water came out. There was drama, tension, but nothing like the emotional distress evident in this week’s parsha of Chukat. Surely Moses, by now almost forty years older, with a generation of experience behind him, should have coped with this challenge without drama. He had been there before.

The text gives us a clue, but in so understated a way that we can easily miss it. The chapter begins thus: “In the first month, the whole Israelite community arrived at the desert of Zin, and they stayed at Kadesh. There Miriam died and was buried. Now there was no water for the community…” (Num. 20:1–2). Many commentators see the connection between this and what follows in terms of the sudden loss of water after the death of Miriam. Tradition tells of a miraculous well that accompanied the Israelites during Miriam’s lifetime in her merit.[1] When she died, the water ceased.

There is, though, another way of reading the connection. Moses lost control because his sister Miriam had just died. He was in mourning for his eldest sibling. It is hard to lose a parent, but in some ways it is even harder to lose a brother or sister. They are your generation. You feel the Angel of Death come suddenly close. You face your own mortality.

Miriam was more than a sister to Moses. She was the one, while still a child, to follow the course of the wicker basket holding her baby brother as it drifted down the Nile. She had the courage and ingenuity to approach Pharaoh’s daughter and suggest that she employ a Hebrew nurse for the child, thus ensuring that Moses would grow up knowing his family, his people, and his identity.

In a truly remarkable passage, the Sages said that Miriam persuaded her father Amram, the leading scholar of his generation, to annul his decree that Hebrew husbands should divorce their wives and have no more children because there was a 50 per cent chance that any child born would be killed. “Your decree,” said Miriam, “is worse than Pharaoh’s. He only decreed against the males, yours applies to females also. He intends to rob children of life in this world; you would deny them even life in the World to Come.”[2] Amram admitted her superior logic. Husbands and wives were reunited. Yocheved became pregnant and Moses was born. Note that this Midrash, told by the Sages, unambiguously implies that a six-year-old girl had more faith and wisdom than the leading rabbi of the generation!

Moses surely knew what he owed his elder sister. According to the Midrash, without her he would not have been born. According to the plain sense of the text, he would not have grown up knowing who his true parents were and to which people he belonged. Though they had been separated during his years of exile in Midian, once he returned, Miriam had accompanied him throughout his mission. She had led the women in song at the Red Sea. The one episode that seems to cast her in a negative light – when she “began to talk against Moses because of his Cushite wife” (Num. 12:1), for which she was punished with leprosy – was interpreted more positively by the Sages. They said she was critical of Moses for breaking off marital relations with his wife Tzipporah. He had done so because he needed to be in a state of readiness for Divine communication at any time. Miriam felt Tzipporah’s plight and sense of abandonment. Besides which, she and Aaron had also received Divine communication but they had not been commanded to be celibate. She may have been wrong, suggested the Sages, but not maliciously so. She spoke not out of jealousy of her brother but out of sympathy for her sister-in-law.

So it was not simply the Israelites’ demand for water that led Moses to lose control of his emotions, but rather his own deep grief. The Israelites may have lost their water, but Moses had lost his sister, who had watched over him as a child, guided his development, supported him throughout the years, and helped him carry the burden of leadership in her role as leader of the women.

It is a moment that reminds us of words from the book of Judges said by Israel’s chief of staff, Barak, to its judge-and-leader Deborah: “If you go with me, I will go; but if you do not go with me, I cannot go” (Judges 4:8). The relationship between Barak and Deborah was much less close than that between Moses and Miriam, yet Barak acknowledged his dependence on a wise and courageous woman. Can Moses have felt less?

Bereavement leaves us deeply vulnerable. In the midst of loss we can find it hard to control our emotions. We make mistakes. We act rashly. We suffer from a momentary lack of judgement. These are common symptoms even for ordinary humans like us. In Moses’ case, however, there was an additional factor. He was a prophet, and grief can occlude or eclipse the prophetic spirit. Maimonides answers the well-known question as to why Jacob, a prophet, did not know that his son Joseph was still alive, with the simplest possible answer: grief banishes prophecy. For twenty-two years, mourning his missing son, Jacob could not receive the Divine word.[3] Moses, the greatest of all the prophets, remained in touch with God. It was God, after all, who told him to “speak to the rock.” But somehow the message did not penetrate his consciousness fully. That was the effect of grief.

So the details are, in truth, secondary to the human drama played out that day. Yes, Moses did things he might not have done, should not have done. He struck the rock, said “we” instead of “God,” and lost his temper with the people. The real story, though, is about Moses the human being in an onslaught of grief, vulnerable, exposed, caught in a vortex of emotions, suddenly bereft of the sisterly presence that had been the most important bass note of his life. Miriam had been the precociously wise and plucky child who had taken control of the situation when the life of her three-month-old brother lay in the balance, undaunted by either an Egyptian princess or a rabbi-father. She had led the Israelite women in song, and sympathised with her sister-in-law when she saw the price she paid for being the wife of a leader. The Midrash speaks of her as the woman in whose merit the people had water in a parched land. In Moses’ anguish at the rock, we sense the loss of the elder sister without whom he felt bereft and alone.

The story of the moment Moses lost his confidence and calm is ultimately less about leadership and crisis, or about a staff and a rock, than about a great Jewish woman, Miriam, appreciated fully only when she was no longer there.