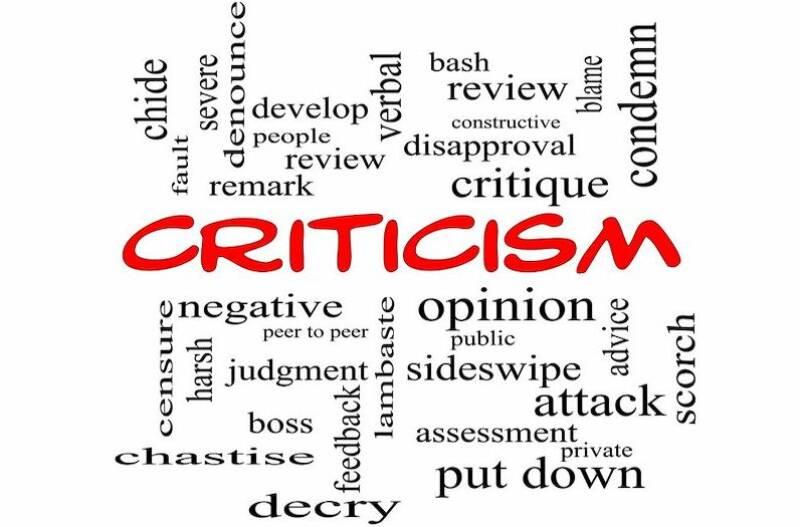 The first verse of Devarim, the fifth and culminating book of the Torah, sounds prosaic. “These are the words that Moses spoke to all Israel beyond the Jordan—in the wilderness, on the plain opposite Suph, between Paran and Tophel, Laban, Hazeroth, and Di-zahav.” There is no hint of drama in these words. But the Sages of the Talmud found one, and it is life-changing.

What is odd in the verse is the last place-name: Di-zahav. What and where is this place? It hasn’t been mentioned before, nor is it mentioned again anywhere else in Tanach. But the name is tantalising. It seems to mean, “Enough gold.” Gold is certainly something we have heard about before. It was the metal of which the calf was made while Moses was on the mountain receiving the Torah from God. This was one of the great sins of the wilderness years. Might the enigmatic mention of a place called “Enough gold” have something to do with it?

From these clues and cues, the Sages inferred a remarkable drama. This is what they said:

Moses spoke audaciously [hiti’ach devarim] towards Heaven . . . The school of R. Yannai learned this from the words Di-zahav. What do these words mean? They said in the school of R. Yannai: Thus spoke Moses before the Holy One, blessed be He: “Sovereign of the Universe, the silver and gold [zahav] which You showered on Israel until they said, ‘Enough’ [dai], was what caused them to make the calf . . . R. Hiyya bar Abba said: It is like the case of a man who had a son. He bathed him and anointed him and gave him plenty to eat and drink and hung a purse around his neck and set him down at the door of a house of ill-repute. How could he help sinning?[1]

Moses, in this dramatic re-reading, is portrayed as counsel for the defence of the Jewish people. Yes, he admits to God, the people did indeed commit a sin. But it was You who provided them with the opportunity and the temptation. If the Israelites had not had gold in the wilderness, they could not have made a golden calf. Besides which, who needs gold in a wilderness? There was only one reason the Israelites had gold with them: because they were following Your instructions. You said: “Tell the people that every man is to ask his neighbour and every woman is to ask her neighbour for objects of silver and gold” (Ex. 11:2). Therefore, do not blame them. Please, instead, forgive them.

This is a wonderful passage in its own right. It represents what the Sages called chutzpah kelapei Shemaya, “audacity toward heaven.”[2] (We tend to think of chutzpah as a Yiddish word, but it is in fact Aramaic and comes to us from the Babylonian Talmud). The question, though, is: why did the Sages choose this passage to make the point?

After all, the episode of the Golden Calf is set out in full in Exodus 32-34. The Torah tells us explicitly how daring Moses was in prayer. First, when God tells him what the people have done, Moses immediately responds by saying, “Lord, why should Your anger burn against Your people? … Why should the Egyptians say, ‘It was with evil intent that He brought them out, to kill them in the mountains and to wipe them off the face of the earth’?” (Ex. 32:11-12). This is audacious. Moses tells God that, regardless of what the people have done, it will be His reputation that will suffer if it becomes known that He did not lead the Israelites to freedom, but instead killed them in the desert.

Then, descending the mountain and seeing what the people have done, he does his single most daring act. He smashes the tablets, engraved by God Himself. The audacity continues. Moses goes back up the mountain and says to God, “These people have indeed committed a great sin. They have made themselves an idol of gold.  But now, please forgive their sin – but if not, then blot me out of the book You have written.’ (Ex. 32:31-32). This is unprecedented language. This should be the passage to which the Sages attached an account of Moses’ boldness in defence of his people. Why then attach it here, to an obscure place-name in the first verse of Deuteronomy, where it is radically out of keeping with the plain sense of the verse.[3]

Criticism is easy to deliver but hard to bear. It is all too easy for people to close their ears, or even turn the criticism around (“He’s blaming us, but he should be blaming himself. After all, he was in charge”). What does it take for criticism to be heeded? The people have to know, beyond a shadow of a doubt, that the leader is always ready to defend them. They have to know that he cares for them, wants the best for them, and is prepared to take personal risks for their sake. Only when people know for certain that you want their good, do they listen to you when you criticise them.
That is what led the Sages to give the interpretation they did to the place-name Di-zahav in the first verse of Devarim. Why was Moses able to be as critical as he was in the last month of his life? Because the people he was talking to knew that he had defended them and their parents in his prayers for Divine forgiveness, that he had taken the risk of challenging God, that he had declined God’s offer to abandon the Israelites and begin again with him – in short, that his whole life as a leader was dedicated to doing what was the best for the people. When you know that about someone, you listen to them even when they criticise you.

One of my all-time heroes is the great Hassidic rabbi, Levi Yitzhak of Berditchev (1740-1809). Many stories are told of how he interceded with Heaven on behalf of the Jewish people. My favourite, doubtless apocryphal, story is this: Levi Yitzhak once saw a Jew smoking in the street on Shabbat. He said, “My friend, surely you have forgotten that it is Shabbat today.” “No,” said the other, “I know what day it is.” “Then surely you have forgotten that smoking is forbidden on Shabbat.” “No, I know it is forbidden.” “Then surely, you must have been thinking about something else when you lit the cigarette.” “No,” the other replied, “I knew what I was doing.” At this, Levi Yitzhak turned his eyes upward to heaven and said, “Sovereign of the universe, who is like Your people Israel? I give this man every chance, and still he cannot tell a lie!”

The great leaders of Israel were the great defenders of Israel, people who saw the good within the not-yet-good. That is why they were listened to when they urged people to change and grow. That is how the Sages saw Moses. This was the man who had the audacity to win forgiveness for the people who had made the Golden Calf.

It is easy to criticise, hard to defend. But the Midrash about Moses tells us a life-changing idea: If you seek to change someone, make sure that you are willing to help them when they need your help, defend them when they need your defence, and see the good in them, not just the bad. Anyone can complain, but we have to earn the right to criticise.

[1] Brachot 32a.
[2] Sanhedrin 105a.
[3] Note, for example, that Rashi gives almost the opposite interpretation.
[4] According to the Talmud, Megillah 31b, Moses delivered the curses in Leviticus but the words themselves came from God; the curses in Deuteronomy were formulated by Moses himself. Obviously, the fact that they are in the Torah means that God ratified them.