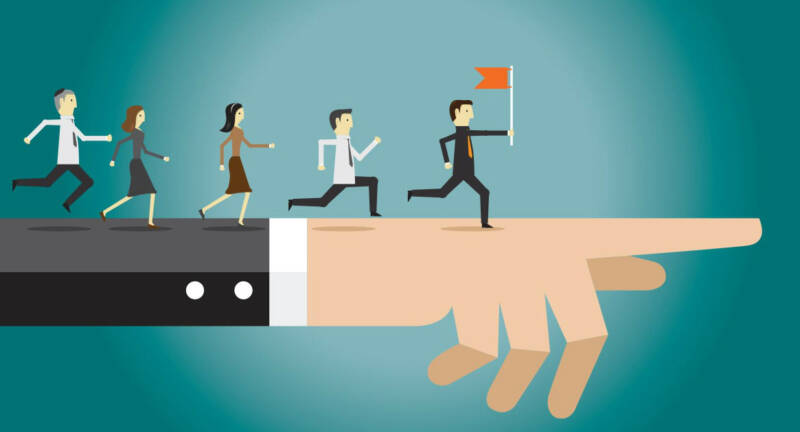 In the last month of his life, Moses gathered the people. He instructed them about the laws they were to keep and reminded them of their history since the Exodus. That is the substance of the book of Devarim. Early in this process, he recalled the episode of the spies – the reason the people’s parents were denied the opportunity to enter the land. He wanted the next generation to learn the lesson of that episode and carry it with them always. They needed faith and courage. Perhaps that has always been part of what it means to be a Jew.

But the story of the spies as he tells it here is very different indeed from the version in Shelach Lecha (Num. 13-14), which describes the events as they happened at the time, almost 39 years earlier. The discrepancies between the two accounts are glaring and numerous. Here I want to focus only on two.

First: who proposed sending the spies? In Shelach, it was God who told Moses to do so. “The Lord said to Moses, ‘Send men…” In our parsha, it was the people who requested it: “Then all of you came to me and said, ‘Let us send men…” Who was it: God or the people? This makes a massive difference to how we understand the episode.

Second: what was their mission? In our parsha, the people said, “Let us send men to spy out [veyachperu] the land for us” (Deut. 1:22). The twelve men “made for the hill country, came to the wadi Eshcol, and spied it out [vayeraglu]” (Deut. 1:24). In other words, our parsha uses the two Hebrew verbs, lachpor and leragel, that mean to spy.

But as I pointed out in my Covenant & Conversation for Shelach Lecha, the account there conspicuously does not mention spying. Instead, thirteen times, it uses the verb latur, which means to tour, explore, travel, inspect. Even in our parsha, when Moses is talking, not about the spies but about God, he says He “goes before you on your journeys—to seek out (latur) the place where you are to encamp” (Deut. 1:33).

These two questions combine with a third, prompted by an extraordinary statement of Moses in our parsha. Having said that the spies and the people were punished by not living to enter the promised land, he then says:

Because of you, the Lord was incensed with me also, and He said: you shall not enter it either. Joshua son of Nun, who attends you, he shall enter it. Strengthen him, because he will lead Israel to inherit it.

This is very strange indeed. It is not like Moses to blame others for what seems to be his own failing. Besides which, it contradicts the testimony of the Torah itself, which tells us that Moses and Aaron were punished by not being permitted to enter the land because of what happened at Kadesh when the people complained about the lack of water. What they did wrong is debated by the commentators. Was it that Moses hit the rock? Or that he lost his temper? Or some other reason? Whichever it was, that was when God said: “Because you did not trust in Me enough to honour Me as holy in the sight of the Israelites, you will not bring this community into the land I give them” (Num. 20:12). This was some 39 years after the episode of the spies.

As to the discrepancy between the two accounts of the spies, R. David Zvi Hoffman argued that the account in Shelach tells us what happened. The account in our parsha, a generation later, was meant not to inform but to warn. Shelach is a historical narrative; our parsha is a sermon. These are different literary genres with different purposes.

As to Moses’ remark, “Because of you, the Lord was incensed with me,” Ramban suggests that he was simply saying that like the spies and the people, he too was condemned to die in the wilderness. Alternatively, he was hinting that no one should be able to say that Moses avoided the fate of the generation he led.

However, Abarbanel offers a fascinating alternative. Perhaps the reason Moses and Aaron were not permitted to enter the land was not because of the episode of water and the rock at Kadesh. That is intended to distract attention from their real sins. Aaron’s real sin was the Golden Calf. Moses’ real sin was the episode of the spies. The hint that this was so is in Moses’ words here, “Because of you, the Lord was incensed with me also.”

How though could the episode of the spies have been Moses fault? It wasn’t he who proposed sending them. It was either God or the people. He did not go on the mission. He did not bring back a report. He did not demoralise the people. Where then was Moses at fault? Why was God angry with him?

The answer lies in the first two questions: who proposed sending the spies? And why is there a difference in the verbs between here and Shelach?

Following Rashi, the two accounts, here and in Shelach, are not two different versions of the same event. They are the same version of the same event, but split in two, half told there, half here. It was the people who requested spies (as stated here). Moses took their request to God. God acceded to the request, but as a concession, not a command: “You may send,” not “You must send” (as stated in Shelach).

However, in granting permission, God made a specific provision. The people had asked for spies: “Let us send men ahead to spy out [veyachperu] the land for us.” God did not give Moses permission to send spies. He specifically used the verb latur, meaning, He gave permission for the men to tour the land, come back and testify that it is a good and fertile land, flowing with milk and honey.

The people did not need spies. As Moses said, throughout the wilderness years God has been going “ahead of you on your journey, in fire by night and in a cloud by day, to search out places for you to camp and to show you the way you should go” (Deut. 1:33). They did however need eyewitness testimony of the beauty and fruitfulness of the land to which they had been travelling and for which they would have to fight.

Moses, however, did not make this distinction clear. He told the twelve men: “See what the land is like and whether the people who live there are strong or weak, few or many. What kind of land do they live in? Is it good or bad? What kind of towns do they live in? Are they unwalled or fortified?” This sounds dangerously like instructions for a spying mission.

When ten of the men came back with a demoralising report and the people panicked, at least part of the blame lay with Moses. The people had asked for spies. He should have made it clear that the men he was sending were not to act as spies.

How did Moses come to make such a mistake? Rashi suggests an answer. Our parsha says: “Then all of you came to me and said, ‘Let us send men ahead to spy out the land for us.” The English does not convey the sense of menace in the original. They came, says Rashi, “in a crowd,” without respect, protocol or order. They were a mob, and they were potentially dangerous. This mirrors the people’s behaviour at the beginning of the story of the Golden Calf:

“When the people saw that Moses was so long in coming down from the mountain, they gathered against Aaron and said to him…”

Faced with an angry mob, a leader is not always in control of the situation. True leadership is impossible in the face of the madness of crowds. Moses’ mistake, if the analysis here is correct, was a very subtle one, the difference between a spying mission and a morale-boosting eyewitness account of the land. Even so, it must have been almost inevitable given the mood of the people.

That is what Moses meant when he said, “because of you the Lord was incensed with me too.” He meant that God was angry with me for not showing stronger leadership, but it was you – or rather, your parents – who made that leadership impossible.

This suggests a fundamental, counterintuitive truth. There is a fine TED talk about leadership.[1] It takes less than 3 minutes to watch, and it asks, “What makes a leader?” It answers: “The first follower.”

There is a famous saying of the Sages: “Make for yourself a teacher and acquire for yourself a friend.”[2] The order of the verbs seems wrong. You don’t make a teacher, you acquire one. You don’t acquire a friend, you make one. In fact, though, the statement is precisely right. You make a teacher by being willing to learn. You make a leader by being willing to follow. When people are unwilling to follow, even the greatest leader cannot lead. That is what happened to Aaron at the time of the Calf, and in a far more subtle way to Moses at the time of the spies.

That, I would argue, is one reason why Joshua was chosen to be Moses’ successor. There were other distinguished candidates, including Pinchas and Caleb. But Joshua, serving Moses throughout the wilderness years, was a role-model of what it is to be a follower. That, the Israelites needed to learn.

I believe that followership is the great neglected art. Followers and leaders form a partnership of mutual challenge and respect. To be a follower in Judaism is not to be submissive, uncritical, blindly accepting. Questioning and arguing are a part of the relationship. Too often, though, we decry a lack of leadership when we are really suffering from a lack of followership.