The Leader as Teacher 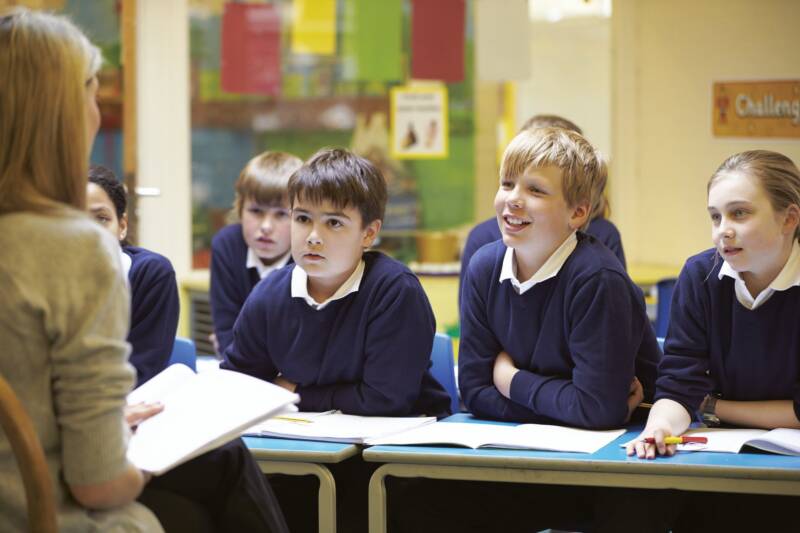 It was one of the great moments of personal transformation, and it changed not only Moses but our very conception of leadership itself.

By the end of the book of Bamidbar, Moses’ career as a leader would seem to be ending. He had appointed his successor, Joshua, and it would be Joshua, not Moses, who would lead the people across the Jordan into the Promised Land. Moses seemed to have now achieved everything he was destined to achieve. For him there would be no more battles to fight, no more miracles to perform, no more prayers to make on behalf of the people.

It is what Moses did next that bears the mark of greatness. For the final month of his life he stood before the assembled people, and delivered the series of addresses we know as the book of Deuteronomy or Devarim, literally “words.” In these addresses, he reviewed the people’s past and foresaw their future. He gave them laws. Some he had given them before but in a different form. Others were new; he had delayed announcing them until the people were about to enter the land. Linking all these details of law and history into a single overarching vision, he taught the people to see themselves as an am kadosh, a holy people, the only people whose sovereign and lawgiver was God Himself.

If someone who knew nothing about Judaism and the Jewish people were to ask you for a single book that would explain both who Jews are and why they do what they do, the best answer would be Devarim. No other book so encapsulates and dramatises all the key elements of Judaism as a faith and way of life.

In a much-watched TED talk, and a book with the same name,[1] Simon Sinek says that the transformative leaders are those who ‘Start with Why.’ More poetically, Antoine de Saint-Exupery said, “If you want to build a ship, don’t drum up people together to collect wood and don’t assign them tasks and work, but rather teach them to long for the endless immensity of the sea.”

Through the addresses we read in the book of Devarim, Moses gave the people their Why. They are God’s people, the nation on whom He has set His love, the people He rescued from slavery and gave, in the form of the commandments, the constitution of liberty. They may be small but they are unique. They are the people who, in themselves, testify to something beyond themselves. They are the people whose fate will defy the normal laws of history. Other nations, says Moses, will recognise the miraculous nature of the Jewish story – and so, from Blaise Pascal to Nikolai Berdyaev and beyond, they did.

In the last month of his life Moses ceased to be the liberator, the miracle-worker, the redeemer, and became instead Moshe Rabbeinu, “Moses, our teacher.” He was the first example in history of the leadership type in which Jews have excelled: the leader as teacher.

Moses surely knew that some of his greatest achievements would not last forever. The people he had rescued would one day suffer exile and persecution again. The next time, though, they would not have a Moses to do miracles. So he planted a vision in their minds, hope in their hearts, a discipline in their deeds and a strength in their souls that would never fade. When leaders become educators they change lives.

In a powerful essay, ‘Who is fit to lead the Jewish people?’ Rabbi Joseph Soloveitchik contrasted the Jewish attitude to kings and teachers as leadership types.[2] The Torah places severe limits on the power of kings. They must not multiply gold, or wives, or horses. A king is commanded “not to consider himself better than his fellow Israelites, nor turn from the law to the right or to the left” (Deut. 17:20).

A king was only to be appointed at the request of the people. According to Ibn Ezra, the appointment of a king was a permitted, but not an obligation. Abarbanel held that it was a concession to human frailty. Rabbeinu Bachya regarded the existence of a king as a punishment, not a reward.[3] In short, Judaism is at best ambivalent about monarchy – that is to say, about leadership as power.

On the other hand, its regard for teachers is almost unlimited. “Let the fear of your teacher be as the fear of heaven,” says the Talmud.[4] Respect and reverence for your teacher should be greater even than respect and reverence for your parents, rules Rambam, because parents bring you into this world, while teachers give you entrance to the World to Come.[5]

When someone exercises power over us, they diminish us, but when someone teaches us, they help us grow. That is why Judaism, with its acute concern for human dignity, favours leadership as education over leadership as power. And it began with Moses, at the end of his life.

For twenty-two years, as a Chief Rabbi, I carried with me the following quotation from one of the greatest leaders of the Zionist movement, Israel’s first Prime Minister, David Ben-Gurion. Although he was a secular Jew, he was enough of a historian and Bible scholar to understand this dimension of leadership, and said so in eloquent words:

Whether you hold humble office in a municipality or in a small union or high office in a national government, the principles are the same: you must know what you want to achieve, be certain of your aims, and have these goals constantly in mind. You must fix your priorities. You must educate your party and must educate the wider public. You must have confidence in your people – often greater than they have in themselves, for the true political leader knows instinctively the measure of man’s capacities and can rouse him to exert them in times of crisis. You must know when to fight your political opponents, and when to mark time. You must never compromise on matters of principle. You must always be conscious of the element of timing, and this demands a constant awareness of what is going on around you – in your region if you are a local leader, in your country and in the world if you are a national leader. And since the world never stops for a moment, and the pattern of power changes its elements like the movement of a kaleidoscope, you must constantly reassess chosen policies towards the achievement of your aims. A political leader must spend a lot of time thinking. And he must spend a lot of time educating the public, and educating them anew.[6]

The poet Shelley once said that “poets are the unacknowledged legislators of the world.”[7] Whether this is true or false, I do not know, but this I know: that there is all the difference between giving people what they want and teaching them what to want.

Teachers are the unacknowledged builders of the future, and if a leader seeks to make lasting change, they must follow in the footsteps of Moses and become an educator. The leader as teacher, using influence not power, spiritual and intellectual authority rather coercive force, was one the greatest contributions Judaism ever made to the moral horizons of humankind and it can be seen most clearly in the Book of Devarim, when Moses for the last month of his life summoned the next generation and taught them laws and lessons that would survive, and inspire, as long as there are human beings on earth.

[1] Simon Sinek, Start with Why: How Great Leaders Inspire Everyone to Take Action, Portfolio, 2011. The lecture can be seen at http://www.youtube.com/watch?v=qp0HIF3SfI4.

[3] In their commentaries to Deut. 17:15. Rabbeinu Bachya’s point is that the people should in principle have needed no other king than God Himself. In support of his view, he quotes Hosea: “They set up kings without My consent; they choose princes without My approval” (8:4); and “So in My anger I gave you a king, and in My wrath I took him away” (13:11).

[6] Moshe Pearlman, Ben Gurion Looks Back in Talks with Moshe Pearlman, Weidenfeld and Nicolson, New York, 1965, 52. I owe this quotation to Jonathan (now Lord) Kestenbaum, Executive Director of the Office of the Chief Rabbi, 1991-1996.