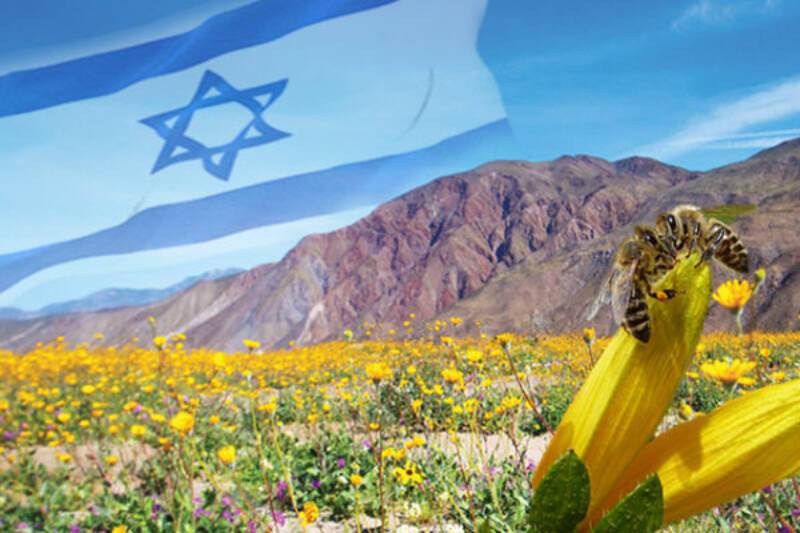 The Torah is a work of wondrous depth and subtlety, so much so that we can easily miss some of its most profound intimations. There is a fine example in this week’s sedra. It concerns the character of the land of Israel. Ultimately, however, it is a haunting glimpse into the nature of Jewish destiny itself, then and now.

If we were to ask ourselves what picture we have of the promised land, from the beginning of the exodus until now, the answer is simple. Israel is the land “flowing with milk and honey.” (Incidentally, the mid-20th century scholar R. Reuven Margoliot, once pointed out that when the land of Israel is praised in the Torah, it is always in terms of its vegetation, never in terms of its animal products. Why then is there an apparent exception in the case of the most famous phrase of all, the land “flowing with milk and honey”? The honey referred to, he notes, is not from bees but from the date palm. On that, many commentators concur. Margoliot’s radical suggestion relates to “milk”. We know from many texts that Israel was famed for its grapes and wine. But the biblical yayyin, “wine”, standardly refers to red wine. Chalav – the word we translate as “milk” – says Margoliot, means white wine, and is called chalav because of its milky appearance).

Even the spies, despite their gloomy report, cannot deny its fruitfulness: “We went into the land to which you sent us, and it does flow with milk and honey! Here is its fruit.” Early in this week’s sedra Moses delivers a magnificent poem to this effect: “For the Lord your God is bringing you into a good land — a land with streams and pools of water, with springs flowing in the valleys and hills, a land of wheat and barley, vines and fig trees, pomegranates, olive oil and honey, a land where bread will not be scarce, and you will lack nothing.” Thus far the promised land conjured up in our imagination is indeed a land of promise, another Eden, an earthly paradise. However, as the lawyers say: always read the small print.

It comes several chapters later and is fateful in its implications. For the first time in forty years, Moses uses a quite different tone when speaking about the land of Israel:

The land you are entering to take over is not like the land of Egypt, from which you have come, where you planted your seed and irrigated it by foot as in a vegetable garden. But the land you are crossing the Jordan to take possession of is a land of mountains and valleys that drinks rain from heaven. It is a land the Lord your God cares for; the eyes of the Lord your God are continually on it from the beginning of the year to its end.

The point is made briefly, almost in passing, yet it makes all the difference. It is indeed a fine land, but . . . It is not like other fine lands. Civilisation began when human beings first turned from hunting and gathering to agriculture and the domestication of animals. This led to the first concentrations of population, the birth of cities, then city states, then nations and empires. The Torah sketches this process in broad outlines. It began in Mesopotamia, in the fertile plain between the Tigris and Euphrates, and then in Egypt, in the Nile delta. These were ideal places for the development of agriculture because water was supplied by rivers, and irrigation was a simple matter of making ditches and channels. Water, on which crops depended, was reliable (the one danger in the low-lying lands of Mesopotamia was of floods – hence the presence of flood narratives, not only in the Torah but in all literatures of that place and time).

The land of Israel, says Moses, is not like that. It is not a fertile plain. It is a land of hills and valleys. It depends on rain – and rain in the Middle East, then and now, is unpredictable. Suddenly, in this discordant note, we recall a whole series of earlier episodes in the book of Bereishit in which we read the words, “and there was a famine in the land.” This led, first Abraham, then Isaac, then Jacob and his children, into a series of journeys and exiles (the Book of Ruth begins with another famine, which forces Elimelech and his family to the land of Moab). Life in Israel will never be as stable, permanent and secure as it is elsewhere. Those who live there are vulnerable, if to nothing else, then to periodic drought. They will exist in a permanent state of insecurity, never knowing in advance whether the seeds they plant will grow or not. Israel is the land of promise, but it will always depend on He-who-promises.

Is geography destiny? Judah Halevi thought so. He writes, in The Kuzari:

We do not find in the Bible, “If you keep this law, I will bring you after death into beautiful gardens and great pleasures.” On the contrary, it is said, “You shall be my chosen people, and I will be a God unto you, who will guide you . . . You shall remain in the country which forms a stepping-stone to this degree, i.e. the Holy Land. Its fertility or barrenness, its happiness or misfortune, depend upon the divine influence which your conduct will merit, whilst the rest of the world will continue its natural course. For if the Divine Presence is among you, you will perceive by the fertility of your country, by the regularity with which your rainfalls appear in their due seasons, by your victories over your enemies in spite of your inferior numbers, that your affairs are not managed by simple laws of nature, but by the divine will. You will also see that drought, death, and wild beasts pursue you as a result of disobedience, although the whole world lives in peace. This shows you that your concerns are arranged by a higher power than mere nature.”

Unpacking this in non-mystical terms, we can say that the character of a country – its topography and climate – affects the kind of society people build, and hence the culture and ethos that emerge. In Mesopotamia and Egypt, the most powerful reality was the regularity of nature, the succession of the seasons which seemed to mirror the slow revolution of the stars. The cultures to which both places gave rise was cosmological and their sense of time cyclical. The universe seemed to be ruled by the heavenly bodies whose hierarchy and order was replicated in the hierarchy and order of life on earth. This is the mindset of the world of myth.

Israel, by contrast, was a land without regularities. There was no guarantee that next year would be like this, or this year like last; no certainty that the rain would fall and the earth yield its crops or the trees their fruit. Thus in Israel a new sense of time was born – the time we call historical. Those who lived, or live, in Israel exist in a state of radical contingency. They can never take the future for granted. They depend on something other than nature (even Ben-Gurion knew this. He once said: “In Israel, in order to be a realist, you must believe in miracles”). To put it at its simplest: in Egypt, where the source of life was the Nile, you looked down. In Israel, where the source of life is rain, you had no choice but to look up.

This is a theme we have met before. In the course of the first war the Israelites had to fight for themselves, against Amalek, we read:

On this, the Mishnah comments:

Did the hands of Moses make or break war? Rather, the text implies that whenever the Israelites looked up and dedicated their hearts to their father in heaven, they prevailed, but otherwise they fell.

Israel – the land “that drinks rain from heaven” – is a place whose inhabitants would be ever mindful of their dependence on the fact that “the eyes of the Lord your God are continually on it from the beginning of the year to its end”. It is the place where you have to look up to survive.

And so it was. Israel’s existence as a nation in its land was never secure. Its greatest moment, under King Solomon, did not last. Immediately after his death, the people split into two kingdoms, neither of which could, or did, sustain their independence for long.

Israel is by its very nature a vulnerable place, a strategic location at the meeting point of three continents, always at the mercy of surrounding empires but never the basis of an empire itself. Thus were the terms of the covenant – and the prophetic interpretation of history – set from the outset. Israel would have to depend on exceptional strength on the part of its inhabitants. It was never big enough to sustain a large population. The Prophets knew that the very existence of Israel as a sovereign nation was predicated on a people lifted to greatness by a sense of mission and high ideals.

Every individual would count. Therefore every individual had to feel part of the whole, respected and given the means of a dignified life. Injustice, gross inequality, or a failure of concern for the weak and marginal, would endanger society at its very roots. There was no margin for error or discontent. Without indomitable courage based on the knowledge that God was with them, they would fall prey to larger powers. When the Prophet Zechariah said, “Not by strength nor by might but by My spirit, says the Lord,” he was formulating an axiom of Jewish history. There neither was nor would be a time when Israel could rely on numbers, or vast tracts of territory, or easily defensible borders. So it was then. So it is now.

We do not live in an age of Prophets. Yet Israel exists today in the same circumstances as those which gave birth to the Prophets. As I write these words, the state is 59 years old. But it is also more than three thousand years old. The terms of its existence have not changed. Israel always longed for security but rarely found it. Neither its climate nor its geography were made for an easy life. That is the nature of Jewish faith – not security but the courage to live with insecurity, knowing that life is a battle, but that if we do justice and practice compassion, if we honour great and small, the powerful and the powerless alike, if our eyes do not look down to the earth and its seductions but to heaven and its challenges, this small, vulnerable people is capable of great, even astonishing, achievements.

When Moses told the Israelites the full story about the land, he was telling them – whether or not they understood it at the time – that it was a place where, not just wheat and barley, but the human spirit also, grew. It was the land where people were lifted beyond themselves because, time and again, they would have to believe in something and someone beyond themselves. Not accidentally but essentially, by its climate, topography and location, Israel is the holy land, the place where, merely to survive, the human eye must turn to heaven and the human ear to heaven’s call.