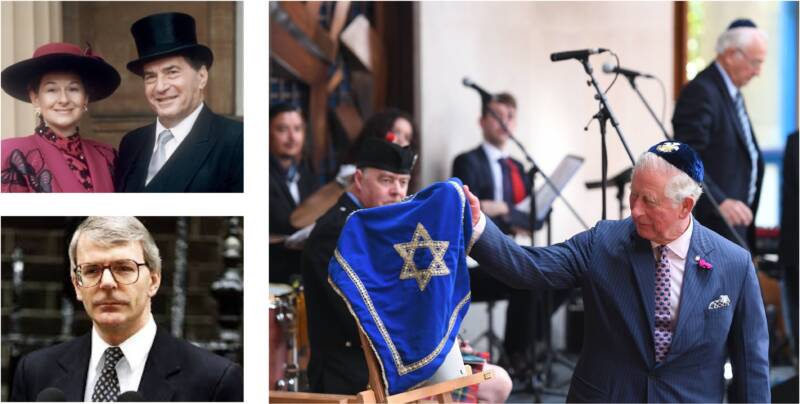 A sequence of verses in this week’s sedra gave rise to a beautiful Talmudic passage – one that has found a place in the siddur. It is among the readings we say after the Evening Service on Saturday night as Shabbat comes to an end. Here is the text on which it is based:

“For the Lord your God is God of gods and Lord of lords, the great, mighty and awe-inspiring God, who shows no favouritism and accepts no bribe. He upholds the cause of the orphan and widow, and loves the stranger, giving him food and clothing.”

The juxtaposition of the two verses – the first about God’s supremacy, the second about His care for the low and lonely – could not be more striking. The Power of powers cares for the powerless. The infinitely great shows concern for the small. The Being at the heart of being listens to those at the margins: the orphan, the widow, the stranger, the poor, the outcast, the neglected. On this idea, the third century teacher Rabbi Yochanan built the following homily:

Rabbi Yochanan said, Wherever you find the greatness of the Holy One, blessed be He, there you find His humility. This is written in the Torah, repeated in the Prophets, and stated a third time in the Writings. It is written in the Torah: “For the Lord your God is God of gods and Lord of lords, the great, mighty and awe-inspiring God, who shows no favouritism and accepts no bribe.” Immediately afterwards it is written, “He upholds the cause of the orphan and widow, and loves the stranger, giving him food and clothing.” It is repeated in the Prophets, as it says: “So says the High and Exalted One, who lives for ever and whose name is Holy: I live in a high and holy place, but also with the contrite and lowly in spirit, to revive the spirit of the lowly, and to revive the heart of the contrite.” It is stated a third time in the Writings: “Sing to God, make music for His name, extol Him who rides the clouds – God is His name – and exult before Him.” Immediately afterwards it is written: “Father of the fatherless and judge of widows, is God in His holy habitation.”

It is this passage that found its way into the (Ashkenazi) service at the end of Shabbat. Its presence there is to remind that that, as the day of rest ends and we return to our weekday concerns, we should not be so caught up in our own interests that we forget others less favourably situated. To care only for ourselves and those immediately dependant on us is not “the way of God”.

One of the more unusual aspects of being a Chief Rabbi is that one comes to know people one otherwise might not. These were three moments that made a deep impression on me.

From time to time Elaine and I give dinner parties for people within, and also outside, the Jewish community. Usually, at the end, the guests thank the hosts. Only once, though, did a guest not only thank us but also asked to be allowed to go into the kitchen to thank those who had made and served the meal. It was a fine act of sensitivity. No less interesting was who it was who did so. It was John Major, a British Prime Minister. Greatness is humility.

The oldest synagogue in Britain is Bevis Marks, in the heart of the City of London. Built in 1701, it was the first purpose-built synagogue in London, created by the Spanish and Portuguese Jews who were the first to return to England (or practice their Judaism in public: some had been marranos) after Oliver Cromwell gave permission in 1656 for Jews to return after their expulsion by Edward I in 1290.

Modelled on the Great Synagogue in Amsterdam, it has stayed almost unchanged ever since. Only the addition of electric lights has marked the passing of time – and even so, on special occasions, services are candle-lit as they were in those early days.

For the tercentenary service in 2001, Prince Charles came to the synagogue. There he met members of the community as well as leaders of Anglo-Jewry. What was impressive is that he spent as much time talking to the young men and women who were doing security duty as he did to the great and good of British Jewry. For security reasons, people volunteer to stand guard at communal events – part of the work of one of our finest organisations, the Community Security Trust. Often, people walk past them, hardly noticing their presence. But Prince Charles did notice them, and made them feel as important as anyone else on that glittering occasion. Greatness is humility.

Sarah Levene (not her real name) died tragically young. She and her husband had been blessed by God with great success. They were wealthy; but they did not spend their money on themselves. They gave tzedakah on a massive scale – within and beyond the Jewish community, in Britain, Israel and elsewhere. They were among the greatest philanthropists of our time.

When she died, among those who felt most bereaved were the waiters and waitresses of a well-known hotel in Israel where they often stayed. It transpired that she had come to know all of them – where they came from, what their family situation was, the difficulties they were going through, the problems they faced. She remembered not only their names but also the names of their spouses and children. Whenever any of them needed help, she made sure it came, quietly, unobtrusively. It was a habit she had wherever she went.

After her death I discovered how she and her husband came to be married. He was older than she was, a friend of her parents. She had some weeks free in the summer before the start of the academic year, and Mr Levene (not his real name) gave her a holiday job. One evening after work they were about to join her parents for a meal.

In the street they passed a beggar. Mr Levene, punctilious about the mitzvah of tzedakah, reached into his pocket and gave the man a coin. As they were walking on, Sarah asked him to lend her some money – a fairly large sum, which she promised she would repay at the end of the week when he paid her wages.

He did so. She then ran back to the beggar and gave him the money. “Why did you do that?” he asked, “I had already given him some money.” “What you gave him,” she said, “was enough to help him for today but not enough to make a difference to his life.”

At the end of the week, Mr Levene gave her her wages. She handed him back most of the money, to repay him for the sum he had lent her. “I will accept the money,” he told her, “because I do not want to rob you of your mitzvah.” But – as he himself told me after her death, “It was then that I decided to ask her to marry me – because her heart was bigger than mine.”

Throughout their marriage they spent as much time and energy on giving their money to charitable causes as they did on earning it. They were responsible for many of the most outstanding educational, medical and environmental projects of our time. I have had the privilege of knowing other philanthropists – but none who knew the names of the children of the waiters at the hotel where they stayed; none who cared more for those others hardly noticed or who gave help more quietly, more effectively, more humanly. Greatness is humility.

This idea – counter-intuitive, unexpected, life-changing – is one of the great contributions of the Torah to Western civilisation and it is set out in the words of our sedra, when Moses told the people about the “God of gods and Lord of lords, the great, mighty and awe-inspiring God” whose greatness lay not just in the fact that He was Creator of the universe and shaper of history, but that “He upholds the cause of the orphan and widow, and loves the stranger, giving him food and clothing.” Those who do this are the true men and women of God.