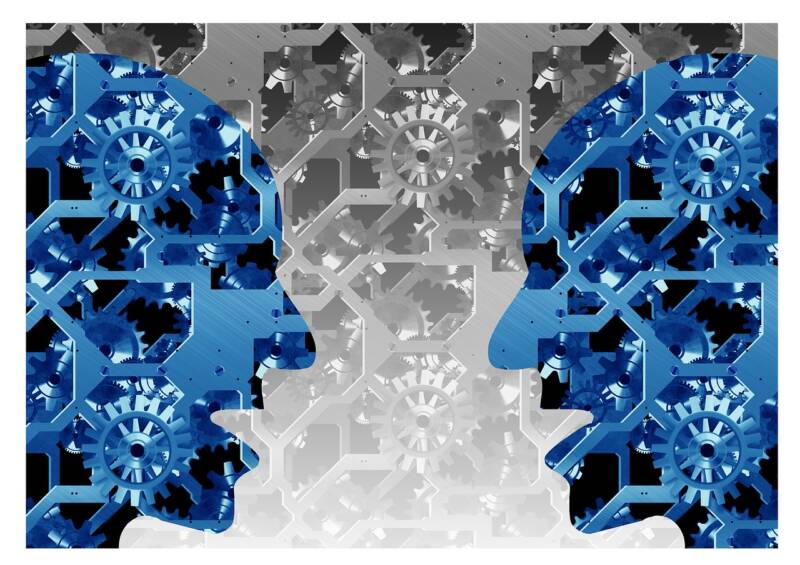 Some 20 or so years ago, with the help from the Ashdown Foundation, I initiated a conference at the Hebrew University, Jerusalem, on the future of Jewish peoplehood. I feared the deepening divisions between secular and ultra-orthodox in Israel, between the various denominations in the Diaspora, and between Israel and the Diaspora themselves.

It was a glittering array of Jewry’s brightest minds: academics from 16 different countries representing all the shadings of Jewish identity. There were professors from Harvard, Yale and Princeton as well as most of Israel’s universities. It was a scintillating success, and at the same time, a total failure.

Halfway through the second day, I turned to my wife Elaine and said, “The speaking is brilliant. The listening is non-existent.” Eventually I could bear it no longer. “Let’s leave,” I said to her. I could not handle yet more skilled presentations from minds that were parti pris, lucid, coherent, but totally closed to ideas that lay outside the radius of their preconceptions. Far from being a set of solutions to the divisions within Jewry, the conference perfectly epitomised the problem.

We decided to travel south to Arad, to meet for the first time the great (and very secular) novelist Amos Oz. I mentioned this to a friend. He winced. “What,” he asked, “do you hope to achieve? Do you really want to convert him?” “No,” I replied, “I want to do something much more important. I want to listen to him.”

And so it was. For two hours we sat in Amos’s book-lined basement study at the edge of the desert, and listened. Out of that meeting came, I believe, a genuine friendship. He stayed secular. I stayed religious. But something magical, transformative, happened nonetheless. We listened to one another.

I cannot speak for Amos, but I can for myself. I felt the presence of a deep mind, a feeling intellect, a master of language – Amos is one of the few people I know incapable of uttering a boring sentence – and one who has wrestled in his own way with what it means to be a Jew. Since then I have had a public dialogue with him, and another with his daughter Fania Oz-Salzberger. But it began with an act of sustained, focused listening.

What is more: it is untranslatable. It means many things: to hear, to listen, to pay attention, to understand, to internalise and to respond. It is the closest biblical Hebrew comes to a verb that means “to obey.”

In general, when you encounter a word in any language that is untranslatable into your own, you are close to the beating pulse of that culture. To understand an untranslatable word, you have to be prepared to move out of your comfort zone and enter a mindset that is significantly different from yours.

At the most basic level, Shema represents that aspect of Judaism that was most radical in its day: that God cannot be seen. He can only be heard. Time and again Moses warns against making or worshipping any physical representation of the Divine. As he tells the people: It is a theme that runs through the Bible. Moses insistently reminds the people that at Mount Sinai: “The Lord spoke to you out of the fire. You heard the sound of words but saw no form; there was only a voice” (Deut. 4:12). Even when Moses mentions seeing, he is really talking about listening. A classic example occurs in the opening verses of next week’s parsha:

This affects our most basic metaphors of knowing. To this day, in English, virtually all our words for understanding or intellect are governed by the metaphor of sight. We speak of insight, hindsight, foresight, vision and imagination. We speak of people being perceptive, of making an observation, of adopting a perspective. We say, “it appears that.” When we understand something, we say, “I see.”[2] This entire linguistic constellation is the legacy of the philosophers of ancient Greece, the supreme example in all history of a visual culture.

Judaism, by contrast, is a culture of the ear more than the eye. As Rabbi David Cohen, the disciple of Rav Kook known as ‘the Nazirite’, pointed out in his book, Kol ha-Nevuah, the Babylonian Talmud consistently uses the metaphor of hearing. So when a proof is brought, it says Ta shma, ‘Come and hear.’ When it speaks of inference it says, Shema mina, ‘Hear from this.’ When someone disagrees with an argument, it says Lo shemiyah leih, ‘he could not hear it.’ When it draws a conclusion it says, Mashma, ‘from this it can be heard.’ Maimonides calls the oral tradition, Mipi hashemua, ‘from the mouth of that which was heard.’ In Western culture understanding is a form of seeing. In Judaism it is a form of listening.

What Moses is telling us throughout Devarim is that God does not seek blind obedience. The fact that there is no word for ‘obedience’ in biblical Hebrew, in a religion of 613 commands, is stunning in itself (modern Hebrew had to borrow a verb, letzayet, from Aramaic). He wants us to listen, not just with our ears but with the deepest resources of our minds. If God had simply sought obedience, he would have created robots, not human beings with a will of their own. Indeed if He had simply sought obedience, He would have been content with the company of angels, who constantly sing God’s praises and always do His will.

God, in making human beings “in His image,” was creating otherness. And the bridge between self and other is conversation: speaking and listening. When we speak, we tell others who and what we are. But when we listen, we allow others to tell us who they are. This is the supremely revelatory moment. And if we can’t listen to other people, then we certainly can’t listen to God, whose otherness is not relative but absolute.

Hence the urgency behind Moses’ double emphasis in this week’s parsha, the opening line of the second paragraph of the Shema: “If you indeed heed [shamo’a tishme’u] my commands with which I charge you today, to love the Lord your God and worship Him with all your heart and with all your soul” (Deut. 11:13). A more forceful translation might be: “If you listen – and I mean really listen.”

One can almost imagine the Israelites saying to Moses, “OK. Enough already. We hear you,” and Moses replying, “No you don’t. You simply don’t understand what is happening here. The Creator of the entire universe is taking a personal interest in your welfare and destiny: you, the smallest of all nations and by no means the most righteous. Have you any idea of what that means?” Perhaps we still don’t.

Listening to another human being, let alone God, is an act of opening ourselves up to a mind radically other than our own. This takes courage. To listen is to make myself vulnerable. My deepest certainties may be shaken by entering into the mind of one who thinks quite differently about the world. But it is essential to our humanity. It is the antidote to narcissism: the belief that we are the centre of the universe. It is also the antidote to the fundamentalist mindset characterised by the late Professor Bernard Lewis as, “I’m right; you’re wrong; go to hell.”[3]

Listening is a profoundly spiritual act. It can also be painful. It is comfortable not to have to listen, not to be challenged, not to be moved outside our comfort zone. Nowadays, courtesy of Google filters, Facebook friends, and the precise targeting of individuals made possible by the social media, it is easy to live in an echo-chamber in which we only get to hear the voices of those who share our views. But, as I said in a TED lecture last year, “It’s the people not like us who make us grow.”

Hence the life-changing idea: Listening is the greatest gift we can give to another human being. To be listened to, to be heard, is to know that someone else takes me seriously. That is a redemptive act.

Twenty years ago I sat in a lecture hall in a university in Jerusalem and listened to a series of great minds not listening to one another. I concluded that the divisions in the Jewish world were not about to heal, and would never heal until we understood the deep spiritual truth in Moses’ challenge: “If you listen – and I mean, really listen.”

[1] Technically, reciting the Shema is not an act of prayer at all. It is a fundamentally different type of action: it is an act of Talmud Torah, of learning Torah (see Menahot 99b). In prayer, we speak to God. In study we listen to God.
[2] See George Lakoff and Mark Johnson, Metaphors We Live By, University of Chicago Press, 1980.
[3] Bernard Lewis, “I’m right; you’re wrong; go to hell,” The Atlantic, May 2003.

Listening is the greatest gift we can give to another human being.