The Morality of Love 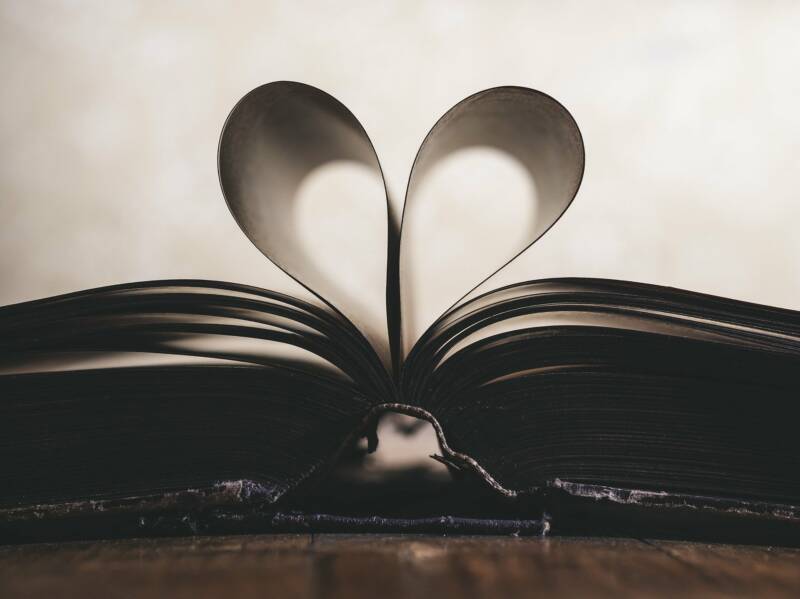 Something implicit in the Torah from the very beginning becomes explicit in the book of Devarim. God is the God of love. More than we love Him, He loves us. Here, for instance, is the beginning of this week’s parsha

If you pay attention to these laws and are careful to follow them, then the Lord your God will keep His covenant of love [et ha-brit ve-et ha-chessed] with you, as He swore to your ancestors. He will love you and bless you and increase your numbers.

Again in the parsha we read:

To the Lord your God belong the heavens, even the highest heavens, the earth and everything in it. Yet the Lord set His affection on your ancestors and loved them, and He chose you, their descendants, above all the nations – as it is today.

And here is a verse from last week’s:

Because He loved your ancestors and chose their descendants after them, He brought you out of Egypt by His Presence and His great strength.

The book of Deuteronomy is saturated with the language of love. The root a-h-v appears in Shemot twice, in Vayikra twice (both in Lev. 19), in Badmibar not at all, but in Sefer Devarim 23 times. Devarim is a book about societal beatitude and the transformative power of love.

Nothing could be more misleading and invidious than the Christian contrast between Christianity as a religion of love and forgiveness and Judaism as a religion of law and retribution. As I pointed out in my earlier Covenant & Conversation for Vayigash, forgiveness is born (as David Konstan notes in Before Forgiveness) in Judaism. Interpersonal forgiveness begins when Joseph forgives his brothers for selling him into slavery. Divine forgiveness starts with the institution of Yom Kippur as the supreme day of Divine pardon following the sin of the Golden Calf.

Similarly with love: when the New Testament speaks of love it does so by direct quotation from Leviticus (“You shall love your neighbour as yourself”) and Deuteronomy (“You shall love the Lord your God with all your heart, all your soul and all your might”). As philosopher Simon May puts it in his splendid book, Love: A History: “The widespread belief that the Hebrew Bible is all about vengeance and ‘an eye for an eye,’ while the Gospels supposedly invent love as an unconditional and universal value, must therefore count as one of the most extraordinary misunderstandings in all of Western history. For the Hebrew Bible is the source not just of the two love commandments but of a larger moral vision inspired by wonder for love’s power.”[1] His judgment is unequivocal: “If love in the Western world has a founding text, that text is Hebrew.”[2]

More than this: in Ethical Life: The Past and Present of Ethical Cultures, philosopher Harry Redner distinguishes four basic visions of the ethical life in the history of civilisations. [3] One he calls civic ethics, the ethics of ancient Greece and Rome. Second is the ethic of duty, which he identifies with Confucianism, Krishnaism and late Stoicism. Third is the ethic of honour, a distinctive combination of courtly and military decorum to be found among Persians, Arabs and Turks as well as in medieval Christianity (the ‘chivalrous knight’) and Islam.

The fourth, which he calls simply morality, he traces to Leviticus and Deuteronomy. He defines it simply as ‘the ethic of love,’ and represents what made the West morally unique:

“The biblical ‘love of one’s neighbour’ is a very special form of love, a unique development of the Judaic religion and unlike any to be encountered outside it. It is a supremely altruistic love, for to love one’s neighbour as oneself means always to put oneself in his place and to act on his behalf as one would naturally and selfishly act on one’s own.”[4]

To be sure, Buddhism also makes space for the idea of love, though it is differently inflected, more impersonal and unrelated to a relationship with God.

What is radical about this idea is that, first, the Torah insists, against virtually the whole of the ancient world, that the elements that constitute reality are neither hostile nor indifferent to humankind. We are here because Someone wanted us to be, One who cares about us, watches over us and seeks our wellbeing.

Second, the love with which God created the universe is not just Divine. It is to serve as the model for us in our humanity. We are bidden to love the neighbour and the stranger, to engage in acts of kindness and compassion, and to build a society based on love. Here is how our parsha puts it:

For the Lord your God is God of gods and Lord of lords, the great, mighty and awesome God who shows no partiality and accepts no bribes. He defends the cause of the fatherless and the widow, and loves the stranger, giving him food and clothing. So you must love the stranger, for you yourselves were strangers in the land of Egypt.

There is however an obvious question. Why is it that love, which plays so great a part in the book of Deuteronomy, is so much less in evidence in the earlier books of Shemot, Vayikra (with the exception of Lev. 19) and Bamidbar?

The best way of answering that question is to ask another. Why is it that forgiveness plays no part – at least on the surface of the narrative – in the book of Bereishit?[5] God does not forgive Adam and Eve or Cain (though he mitigates their punishment). Forgiveness does not figure in the stories of the Flood, the Tower of Babel or the destruction of Sodom and the cities of the plain (Abraham’s plea is that the cities be spared if they contain fifty or ten righteous people; this is not a plea for forgiveness). Divine forgiveness makes its first appearance in the book of Exodus after Moses’ successful plea in the wake of golden calf, and is then institutionalised in the form of Yom Kippur (Lev. 16), but not before. Why so?

Turning to love: Genesis contains many references to it. Abraham loves Isaac. Isaac loves Esau. Rebecca loves Jacob. Jacob loves Rachel. He also loves Joseph. There is interpersonal love in plentiful supply. But almost all the loves of Genesis turn out to be divisive. They lead to tension between Jacob and Esau, between Rachel and Leah, and between Joseph and his brothers. Implicit in Genesis is a profound observation missed by most moralists and theologians. Love in and of itself – real love, personal and passionate, the kind of love that suffuses much of the prophetic literature as well as Shir HaShirim, the greatest love song in Tanach, as opposed to the detached, generalised love called agape which we associate with ancient Greece – is not sufficient as a basis for society. It can divide as well as unite.

Hence it does not figure as a major motif until we reach the integrated social-moral-political vision of Deuteronomy which combines love and justice. Tzedek – justice – turns out to be another key word of Deuteronomy, appearing 18 times. It appears only four times in Shemot, not at all in Bamidbar, and in Vayikra only in chapter 19, the only chapter that also contains the word ‘love.’ In other words, in Judaism love and justice go hand in hand. Again this is noted by Simon May:

[W]hat we must note here, for it is fundamental to the history of Western love, is the remarkable and radical justice that underlies the love commandment of Leviticus. Not a cold justice in which due deserts are mechanically handed out, but the justice that brings the other, as an individual with needs and interests, into a relationship of respect. All our neighbours are to be recognised as equal to ourselves before the law of love. Justice and love therefore become inseparable.[6]

Love without justice leads to rivalry, and eventually to hate. Justice without love is devoid of the humanising forces of compassion and mercy. We need both. This unique ethical vision – the love of God for humans and of humans for God, translated into an ethic of love toward both neighbour and stranger – is the foundation of Western civilisation and its abiding glory.