The Spirituality of Listening 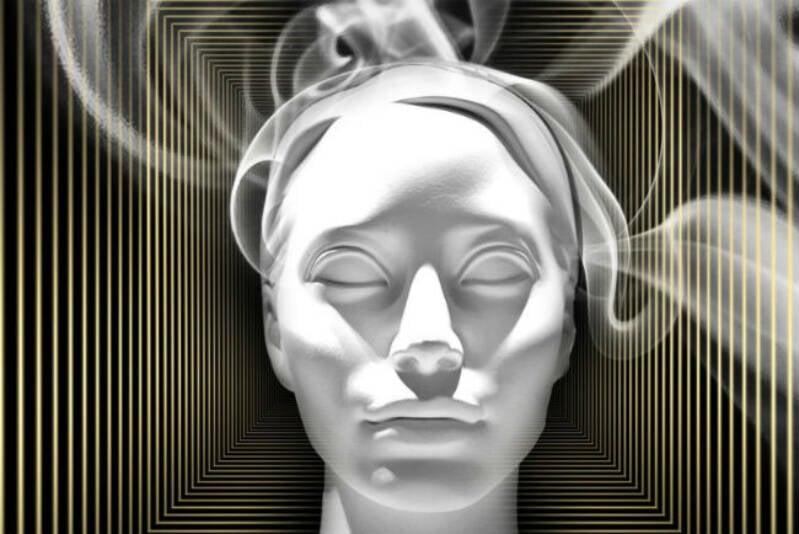 It is one of the most important words in Judaism, and also one of the least understood. Its two most famous occurrences are in last week’s parsha and this week’s: “Hear O Israel, the Lord our God, the Lord is one,” and “It shall come to pass if you surely listen to My commandments which I am commanding you today, to love the Lord your God and to serve Him with all your heart and all your soul” – the openings of the first and second paragraphs of the Shema. It also appears in the first line of the parsha: “It shall come to pass, if you listen to these laws.”

The word, of course, is shema. I have argued elsewhere that it is fundamentally untranslatable into English since it means so many things: to hear, to listen, to pay attention, to understand, to internalise, to respond, to obey. It is one of the motif-words of the book of Devarim, where it appears no less than 92 times – more than in any other book of the Torah. Time and again in the last month of his life Moses told the people, Shema: listen, heed, pay attention. Hear what I am saying. Hear what God is saying. Listen to what he wants from us. If you would only listen … Judaism is a religion of listening. This is one of its most original contributions to civilisation.

The twin foundations on which Western culture was built were ancient Greece and ancient Israel. They could not have been more different. Greece was a profoundly visual culture. Its greatest achievements had to do with the eye, with seeing. It produced some of the greatest art, sculpture and architecture the world has ever seen. Its most characteristic group events – theatrical performances and the Olympic games – were spectacles: performances that were watched. Plato thought of knowledge as a kind of depth vision, seeing beneath the surface to the true form of things.

This idea – that knowing is seeing – remains the dominant metaphor in the West even today. We speak of insight, foresight and hindsight. We offer an observation. We adopt a perspective. We illustrate. We illuminate. We shed light on an issue. When we understand something, we say, “I see.”[1]

Judaism offered a radical alternative. It is faith in a God we cannot see, a God who cannot be represented visually. The very act of making a graven image – a visual symbol – is a form of idolatry. As Moses reminded the people in last week’s parsha, when the Israelites had a direct encounter with God at Mount Sinai, “You heard the sound of words, but saw no image; there was only a voice.” (Deut. 4:12). God communicates in sounds, not sights. He speaks. He commands. He calls. That is why the supreme religious act is Shema. When God speaks, we listen. When He commands, we try to obey.

Rabbi David Cohen (1887–1972), known as the Nazirite, a disciple of Rav Kook and the father of R. Shear-Yashuv Cohen, Chief Rabbi of Haifa, pointed out that in the Babylonian Talmud all the metaphors of understanding are based not on seeing but on hearing. Ta shema, “come and hear.” Ka mashma lan, “It teaches us this.” Shema mina, “Infer from this.” Lo shemiyah lei, “He did not agree.” A traditional teaching is called shamaytta, “that which was heard.” And so on.[2] All of these are variations on the word shema.[3]

This may seem like a small difference, but it is in fact a huge one. For the Greeks, the ideal form of knowledge involved detachment. There is the one who sees, the subject, and there is that which is seen, the object, and they belong to two different realms. A person who looks at a painting or a sculpture or a play in a theatre or the Olympic games is not himself part of the art or the drama or the athletic competition. He or she is a spectator, not a participant.

Speaking and listening are not forms of detachment. They are forms of engagement. They create a relationship. The Hebrew word for knowledge, da’at, implies involvement, closeness, intimacy. “And Adam knew Eve his wife and she conceived and gave birth” (Gen. 4:1). That is knowing in the Hebrew sense, not the Greek. We can enter into a relationship with God, even though He is infinite and we are finite, because we are linked by words. In revelation, God speaks to us. In prayer, we speak to God. If you want to understand any relationship, between husband and wife, or parent and child, or employer and employee, pay close attention to how they speak and listen to one another. Ignore everything else.

The Greeks taught us the forms of knowledge that come from observing and inferring, namely science and philosophy. The first scientists and the first philosophers came from Greece from the sixth to the fourth centuries BCE.

But not everything can be understood by seeing and appearances alone. There is a powerful story about this told in the first book of Samuel. Saul, Israel’s first king, looked the part. He was tall. “From his shoulders and upward he was higher than any of the people,” (1 Sam. 9:2, 10:23). He was the image of a king. But morally, temperamentally, he was not a leader at all; he was a follower.

God then told Samuel to anoint another king in his place, and told him it would be one of the children of Yishai. Samuel went to Yishai and was struck by the appearance of one of his sons, Eliav. He thought he must be the one God meant. But God said to him, “Do not be impressed by his appearance or his height, for I have rejected him. God does not see as people do. People look at the outward appearance, but the Lord looks at the heart” (1 Sam. 16:7).

Jews and Judaism taught that we cannot see God, but we can hear Him and He hears us. It is through the word – speaking and listening – that we can have an intimate relationship with God as our parent, our partner, our sovereign, the One who loves us and whom we love. We cannot demonstrate God scientifically. We cannot prove God logically. These are Greek, not Jewish, modes of thought. I believe that from a Jewish perspective, trying to prove the existence of God logically or scientifically is a mistaken enterprise.[4] God is not an object but a subject. The Jewish mode is to relate to God in intimacy and love, as well as awe and reverence.

One fascinating modern example came from a Jew who, for much of his life, was estranged from Judaism, namely Sigmund Freud. He called psychoanalysis the “speaking cure”, but it is better described as the “listening cure.”[5] It is based on the fact that active listening is in itself therapeutic. It was only after the spread of psychoanalysis, especially in America, that the phrase “I hear you” came into the English language as a way of communicating empathy.[6]

There is something profoundly spiritual about listening. It is the most effective form of conflict resolution I know. Many things can create conflict, but what sustains it is the feeling on the part of at least one of the parties that they have not been heard. They have not been listened to. We have not “heard their pain”. There has been a failure of empathy. That is why the use of force – or for that matter, boycotts – to resolve conflict is so profoundly self-defeating. It may suppress it for a while, but it will return, often more intense than before. Job, who has suffered unjustly, is unmoved by the arguments of his comforters. It is not that he insists on being right: what he wants is to be heard. Not by accident does justice presuppose the rule of audi alteram partem, “Hear the other side.”

Listening lies at the very heart of relationship. It means that we are open to the other, that we respect him or her, that their perceptions and feelings matter to us. We give them permission to be honest, even if this means making ourselves vulnerable in so doing. A good parent listens to their child. A good employer listens to his or her workers. A good company listens to its customers or clients. A good leader listens to those he or she leads. Listening does not mean agreeing but it does mean caring. Listening is the climate in which love and respect grow.

In Judaism we believe that our relationship with God is an ongoing tutorial in our relationships with other people. How can we expect God to listen to us if we fail to listen to our spouse, our children, or those affected by our work? And how can we expect to encounter God if we have not learned to listen. On Mount Horeb, God taught Elijah that He was not in the whirlwind, the earthquake or the fire but in the kol demamah dakah, the “still, small voice”[7] that I define as a voice you can only hear if you are listening.

Crowds are moved by great speakers, but lives are changed by great listeners. Whether between us and God or us and other people, listening is the prelude to love.

[1] See George Lakoff and Mark Johnson, Metaphors We Live By, University of Chicago Press, 1980.
[2] This appears in the opening pages of his work, Kol Nevuah.
[3] To be sure, the Zohar uses a visual term, ta chazi, “Come and see.” There is a broad kinship between Jewish mysticism and Platonic or neo-Platonic thought. For both, knowing is a form of depth-seeing.
[4] To be sure, many of the great medieval Jewish philosophers did just that. They did so under the influence of neo-Platonic and neo-Aristotelian thought, itself mediated by the great philosophers of Islam. The exception was Judah Halevi in The Kuzari.
[5] See Adam Philips, Equals, London, Faber and Faber, 2002, xii. See also Salman Akhtar, Listening to Others: Developmental and Clinical Aspects of Empathy and Attunement. Lanham: Jason Aronson, 2007.
[6] Note that there is a difference between empathy and sympathy. Saying “I hear you” is a way of indicating – sincerely or otherwise – that I take note of your feelings, not that I necessarily agree with them or you.
[7] I Kings 19.