Faith as a Journey 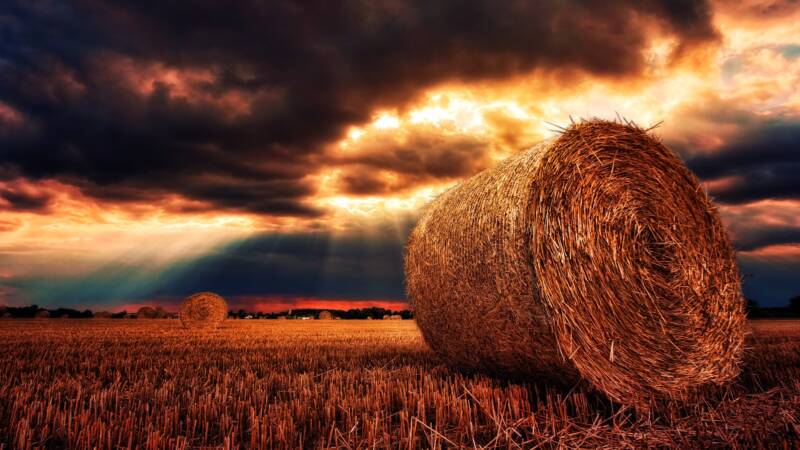 In its account of the festivals of the Jewish year, this week’s parsha contains the following statement:

You shall dwell in thatched huts for seven days. Everyone included in Israel must live in such thatched huts. This is so that future generations will know that I caused the Israelites to live in succot when I brought them out of Egypt. I am the Lord your God.

What precisely this means was the subject of disagreement between two great teachers of the Mishnaic era, Rabbi Eliezer and Rabbi Akiva. According to the Talmud Bavli (Succah 11a), Rabbi Eliezer holds that the reference is to the Clouds of Glory that accompanied the Israelites on their journey through the desert. Rabbi Akiva maintains that the verse is to be understood literally (succot mammash). It means “huts” – no more, no less.

A similar difference of opinion exists between the great medieval Jewish commentators. Rashi and Ramban favour the “Clouds of Glory” interpretation. Ramban cites as proof the prophecy of Isaiah concerning the end of days:

Then the Lord will create over all of Mount Zion and over those who assemble there a cloud of smoke by day and a glow of flaming fire by night; over all the glory will be a canopy. It will be a shelter and shade from the heat of the day, and a refuge and hiding place from the storm and rain.

Here the word succah clearly refers not to a natural but to a miraculous protection.

Ibn Ezra and Rashbam, however, favour the literal interpretation. Rashbam explains as follows: the festival of Succot, when the harvest was complete and the people were surrounded by the blessings of the land, was the time to remind them of how they came to be there. The Israelites would relive the wilderness years during which they had no permanent home. They would then feel a sense of gratitude to God for bringing them to the land. Rashbam’s prooftext is Moses’ speech in Devarim 8:

When you have eaten and are satisfied, praise the Lord your God for the good land he has given you. Be careful that you do not forget the Lord your God . . . Otherwise, when you eat and are satisfied, when you build fine houses and settle down, and when your herds and flocks grow large and your silver and gold increase and all you have is multiplied, then your heart will become proud and you will forget the Lord your God, who brought you out of Egypt, out of the land of slavery . . . You may say to yourself, “My power and the strength of my hands have produced this wealth for me.” But remember the Lord your God, for it is He who gives you the ability to produce wealth, confirming his covenant which He swore to your forefathers, as it is today.

According to Rashbam, Succot (like Pesach) is a reminder of the humble origins of the Jewish people, a powerful antidote to the risks of affluence. That is one of the overarching themes of Moses’ speeches in the book of Devarim and a mark of his greatness as a leader. The real challenge to the Jewish people, he warned, was not the dangers they faced in the wilderness, but the opposite, the sense of wellbeing and security they would have once they settled the land. The irony – and it has happened many times in the history of nations – is that people remember God in times of distress but forget him in times of plenty. That is when cultures become decadent and begin to decline.

A question, however, remains. According to the view that succot is to be understood literally, what miracle does the festival of Succot represent? Pesach celebrates the deliverance of the Israelites from Egypt with signs and wonders. Shavuot recalls the giving of the Torah at Mount Sinai, the only time in history when an entire people experienced an unmediated revelation of God. On the “Clouds of Glory” interpretation, Succot fits this scheme. It recalls the miracles in the wilderness, the forty years during which they ate mannah from heaven, drank water from a rock, and were led by a pillar of cloud by day and of fire by night (In 1776, Thomas Jefferson chose this image as his design for the Great Seal of the United States). But on the view that the succah is not a symbol but a fact – a hut, a booth, nothing more – what miracle does it represent? There is nothing exceptional in living in a portable home if you are a nomadic group living in the Sinai desert. It is what Bedouin do to this day. Where then is the miracle?

A surprising and lovely answer is given by the Prophet Jeremiah:

Go and proclaim in the hearing of Jerusalem:
“I remember the devotion of your youth,
how, as a bride, you loved Me
and followed Me through the desert,
through a land not sown.”

Throughout Tanach, most of the references to the wilderness years focus on the graciousness of God and the ingratitude of the people: their quarrels and complaints, their constant inconstancy. Jeremiah does the opposite. To be sure, there were bad things about those years, but against them stands the simple fact that the Israelites had the faith and courage to embark on a journey through an unknown land, fraught with danger, and sustained only by their trust in God. They were like Sarah who accompanied Abraham on his journey, leaving “his land, birthplace and father’s house” behind. They were like Tzipporah who went with Moses on his risk-laden mission to bring the Israelites out of Egypt. There is a faith that is like love; there is a love that calls for faith. That is what the Israelites showed in leaving a land where they had lived for 210 years and travelling out into the desert, “a land not sown”, not knowing what would befall them on the way, but trusting in God to bring them to their destination.

Perhaps it took Rabbi Akiva, the great lover of Israel, to see that what was truly remarkable about the wilderness years was not that the Israelites were surrounded by the Clouds of Glory but that they were an entire nation without a home or houses; they were like nomads without a place of refuge. Exposed to the elements, at risk from any surprise attack, they none the less continued on their journey in the faith that God would not desert them.

To a remarkable degree Succot came to symbolise not just the forty years in the wilderness but also two thousand years of exile. Following the destruction of the second Temple, Jews were scattered throughout the world. Almost nowhere did they have rights. Nowhere could they consider themselves at home. Wherever they were, they were there on sufferance, dependent on a ruler’s whim. At any moment without forewarning they could be expelled, as they were from England in 1290, from Vienna in 1421, Cologne, 1424, Bavaria 1442, Perugia, Vicenza, Parma and Milan in the 1480s, and most famously from Spain in 1492. These expulsions gave rise to the Christian myth of “the wandering Jew” – conveniently ignoring the fact that it was Christians who imposed this fate on them. Yet even they were often awestruck at the fact that despite everything Jews did not give up their faith when (in Judah Halevi’s phrase) “with a word lightly spoken” they could have converted to the dominant faith and put an end to their sufferings.

Succot is the festival of a people for whom, for twenty centuries, every house was a mere temporary dwelling, every stop no more than a pause in a long journey. I find it deeply moving that Jewish tradition called this time zeman simchatenu, “the season of our joy”. That, surely, is the greatness of the Jewish spirit that, with no protection other than their faith in God, Jews were able to celebrate in the midst of suffering and affirm life in the full knowledge of its risk and uncertainty. That is the faith of a remarkable nation.

R. Levi Yitzchak of Berditchev once explained why the festival of Nissan has two names, Pesach and Chag haMatzot. The name Pesach represents the greatness of God who “passed over” the houses of the Israelites in Egypt. The name Chag haMatzot represents the greatness of the Israelites who were willing to follow God into the wilderness without provisions. In the Torah, God calls the festival Chag haMatzot in praise of Israel. The Jewish people, however, called it Pesach to sing the praise of God. That, it seems, is the argument between R. Eliezer and R. Akiva about Succot. According to R. Eliezer, it represents God’s miracle, the Clouds of Glory. According to R. Akiva, however, it represents the miracle of Israel – their willingness to continue the long journey to freedom, vulnerable and at great risk, led only by the call of God.

Why then, according to Rabbi Akiva, is Succot celebrated at harvest time? The answer is in the very next verse of the prophecy of Jeremiah. After speaking of “the devotion of your youth, how, as a bride, you loved Me,” the Prophet adds:

Israel is holy to God,
The first fruit of His harvest.

Just as, during Tishrei, the Israelites celebrated their harvest, so God celebrates His – a people who, whatever else their failings, have stayed loyal to heaven’s call for longer, and through a more arduous set of journeys, than any other people on earth.