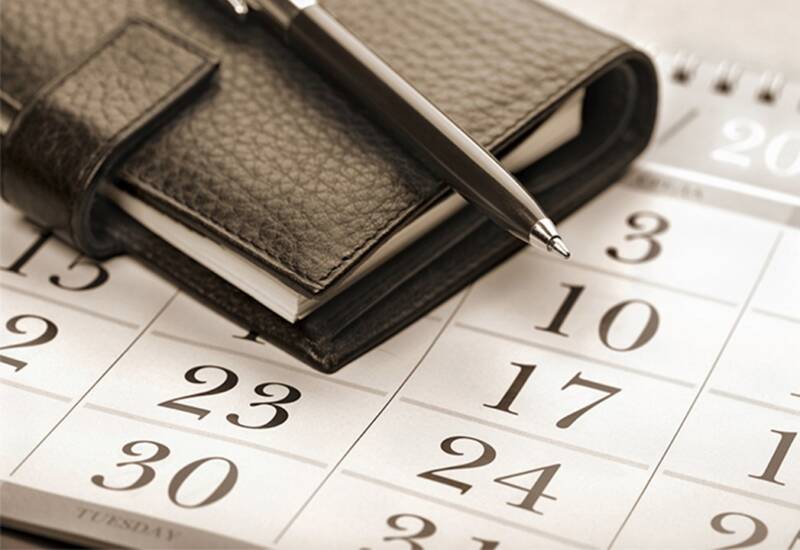 Time management is more than management and larger than time. It is about life itself. God gives us one thing above all: life itself. And He gives it to us all on equal terms. However rich we are, there are still only 24 hours in a day, 7 days in a week, and a span of years that, however long, is still all too short. Whoever we are, whatever we do, whatever gifts we have, the single most important fact about our life, on which all else depends, is how we spend our time.[1]

“The span of our life is seventy years, or if we are strong, eighty years,” says Psalm 90, and despite the massive reduction of premature deaths in the past century, the average life expectancy around the world, according to the most recent United Nations figures (2010-2015) is 71.5 years.[2] So, concludes the Psalm, “Teach us to number our days that we may get a heart of wisdom,” reminding us that time management is not simply a productivity tool. It is, in fact, a spiritual exercise.

Hence the following life-changing idea, which sounds simple, but isn’t. Do not rely exclusively on To Do lists. Use a diary. The most successful people schedule their most important tasks in their diary.[3] They know that if it isn’t in there, it won’t get done. To Do lists are useful, but not sufficient. They remind us of what we have to do but not when. They fail to distinguish between what is important and what is merely urgent. They clutter the mind with trivia and distract us when we ought to be focusing on the things that matter most in the long run. Only a diary connects what with when. And what applies to individuals applies to communities and cultures as a whole.

That is what the Jewish calendar is about. It is why chapter 23, in this week’s parsha, is so fundamental to the continued vitality of the Jewish people. It sets out a weekly, monthly and yearly schedule of sacred times. This is continued and extended in Parshat Behar to seven- and fifty-year schedules. The Torah forces us to remember what contemporary culture regularly forgets: that our lives must have dedicated times when we focus on the things that give life a meaning. And because we are social animals, the most important times are the ones we share. The Jewish calendar is precisely that: a structure of shared time.

We all need an identity, and every identity comes with a story. So we need a time when we remind ourselves of the story of where we came from and why we are who we are. That happens on Pesach, when we re-enact the founding moment of our people as they began their long walk to freedom.

We need a moral code, an internalised satellite navigation system to guide us through the wilderness of time. That is what we celebrate on Shavuot when we relive the moment when our ancestors stood at Sinai, made their covenant with God, and heard Heaven declare the Ten Commandments.

We need a regular reminder of the brevity of life itself, and hence the need to use time wisely. That is what we do on Rosh Hashanah as we stand before God in judgment and pray to be written in the Book of Life.

We need a time when we confront our faults, apologise for the wrong we have done, make amends, resolve to change, and ask for forgiveness. That is the work of Yom Kippur.

We need to remind ourselves that we are on a journey, that we are “strangers and sojourners” on earth, and that where we live is only a temporary dwelling. That is what we experience on Succot.

And we need, from time to time, to step back from the ceaseless pressures of work and find the rest in which we can celebrate our blessings, renew our relationships, and recover the full vigour of body and mind. That is Shabbat.

Doubtless, most people – at least, most reflective people – know that these things are important. But knowing is not enough. These are elements of a life that become real when we live them, not just when we know them. That is why they have to be in the diary, not just on a To Do list.

As Alain de Botton points out in his Religion for Atheists, we all know that it is important to mend broken relationships. But without Yom Kippur, there are psychological pressures that can make us endlessly delay such mending.[4] If we are the offended party, we may not want to show other people our hurt. It makes us look fragile, vulnerable. And if we are the offending party, it can be hard to admit our guilt, not least because we feel so guilty. As he puts it: “We can be so sorry that we find ourselves incapable of saying sorry.” The fact that Yom Kippur exists means that there is a day in the diary on which we have to do the mending – and this is made easier by the knowledge that everyone else is doing so likewise. In his words:

It is the day itself that is making us sit here and talk about the peculiar incident six months ago when you lied and I blustered and you accused me of insincerity and I made you cry, an incident that neither of us can quite forget but that we can’t quite mention either and which has been slowly corroding the trust and love we once had for one another. It is the day that has given us the opportunity, indeed the responsibility, to stop talking of our usual business and to reopen a case we pretended to have put out of our minds. We are not satisfying ourselves, we are obeying the rules.[5]

Exactly so: we are obeying the rules. We are following the Jewish calendar, which takes many of the most important truths about our lives and, instead of putting them on a To Do list, writes them in the diary.

What happens when you do not have that kind of diary? Contemporary Western secular society is a case-study in the consequences. People no longer tell the story of the nation. Hence national identities, especially in Europe, are almost a thing of the past –one reason for the return of the Far Right in countries like Austria, Holland and France.

People no longer share a moral code, which is why students in universities seek to ban speakers with whose views they disagree. When there is no shared code, there can be no reasoned argument, only the use of force.

As for remembering the brevity of life, Roman Krznaric reminds us that modern society is “geared to distract us from death. Advertising creates a world where everyone is forever young. We shunt the elderly away in care homes, out of sight and mind.” Death has become “a topic as taboo as sex was during the Victorian era.”[6]

Atonement and forgiveness have been driven out of public life, to be replaced by public shaming, courtesy of the social media. As for Shabbat, almost everywhere in the West the day of rest has been replaced by the sacred day of shopping, and rest itself replaced by the relentless tyranny of smartphones.

Fifty years ago, the most widespread prediction was that by now almost everything would have been automated. The work week would be down to 20 hours and our biggest problem would be what to do with all our leisure. Instead, most people today find themselves working harder than ever with less and less time to pursue the things that make life meaningful. As Leon Kass recently put it, people “still hope to find meaning in their lives,” but they are increasingly confused about “what a worthy life might look like, and about how they might be able to live one.”[7]

Hence the life-changing magic of the Jewish calendar.  Philosophy seeks timeless truths. Judaism, by contrast, takes truths and translates them into time in the form of sacred, shared moments when we experience the great truths by living them. So: whatever you want to achieve, write it in the diary or it will not happen. And live by the Jewish calendar if you want to experience, not just occasionally think about, the things that give life a meaning.

[1] For an excellent recent book about the way our behaviour is governed by time, see Daniel Pink, When: The Scientific Secrets of Perfect Timing, Riverhead Books, 2018.
[2] https://en.wikipedia.org/wiki/List_of_countries_by_life_expectancy.
[3] See Kevin Kruse, 15 Secrets Successful People Know about Time Management, 2017.
[4] Of course, Yom Kippur atones only for sins between us and God, not for those between us and our fellows. But it is a day when, traditionally, we seek to make amends for the latter also. Indeed most of the sins we confess in the long list, Al Cheit, are sins between humans and other humans.
[5] Alain De Botton, Religion for Atheists, Hamish Hamilton, 2012, 55 – 56.
[6] Roman Krznaric, Carpe Diem Regained, Unbound, 2017, 22.
[7] Leon Kass, Leading a Worthy Life: Finding Meaning in Modern Times, Encounter Books, 2018, 9.