On Not Being Afraid of Greatness 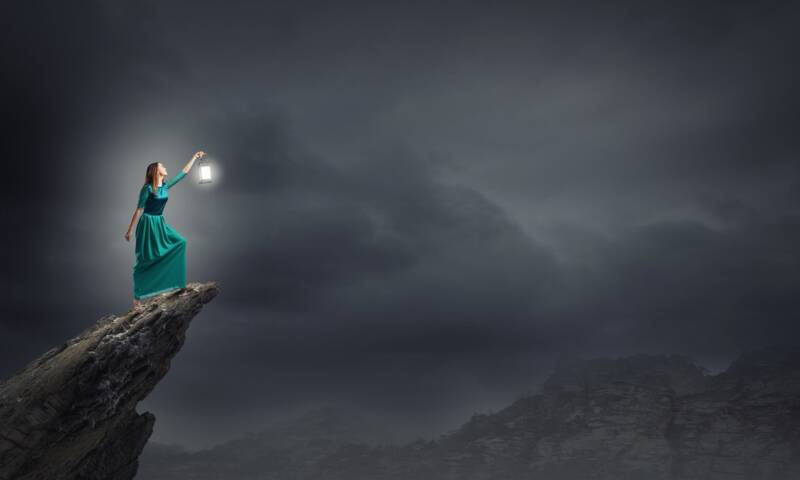 Embedded in this week’s parsha are two of the most fundamental commands of Judaism – commands that touch on the very nature of Jewish identity.

Do not desecrate My holy name. I must be sanctified among the Israelites. I am the Lord, who made you holy and who brought you out of Egypt to be your God. I am the Lord.’

The two commands are respectively the prohibition against desecrating God’s name, Chillul Hashem, and the positive corollary, Kiddush Hashem, that we are commanded to sanctify God’s name. But in what sense can we sanctify or desecrate God’s name?

First we have to understand the concept of “name” as it applies to God. A name is how we are known to others. God’s “name” is therefore His standing in the world. Do people acknowledge Him, respect Him, honour Him?
The commands of Kiddush Hashem and Chillul Hashem locate that responsibility in the conduct and fate of the Jewish people. This is what Isaiah meant when he said: “You are My witnesses, says God, that I am God” (Isaiah 43:10).

The God of Israel is the God of all humanity. He created the universe and life itself. He made all of us – Jew and non-Jew alike – in His image. He cares for all of us: “His tender mercies are on all his works” (Ps. 145:9). Yet the God of Israel is radically unlike the gods in which the ancients believed, and the reality in which today’s scientific atheists believe. He is not identical with nature. He created nature. He is not identical with the physical universe. He transcends the universe. We are not capable mapping or quantifying Him by science – through observation, measurement and calculation – for He is not that kind of thing at all. How then is He known?

The radical claim of the Torah is that He is known, not exclusively but primarily, through Jewish history and through the ways Jews live. As Moses says at the end of his life:

Ask now about the former days, long before your time, from the day God created human beings on the earth; ask from one end of the heavens to the other. Has anything so great as this ever happened, or has anything like it ever been heard of? Has any other people heard the Voice of God speaking out of fire, as you have, and lived? Has any god ever tried to take for himself one nation out of another nation, by testings, by signs and wonders, by war, by a mighty hand and an outstretched arm, or by great and awesome deeds, like all the things the Lord your God did for you in Egypt before your very eyes?

Thirty-three centuries ago, Moses already knew that Jewish history was and would continue to be unique. No other nation has survived such trials. The revelation of God to Israel was unique. No other religion is built on a direct revelation of God to an entire people as happened at Mount Sinai. Therefore God – the God of revelation and redemption – is known to the world through the people of Israel. In ourselves we are testimony to something beyond ourselves. We are God’s ambassadors to the world.

Therefore when we behave in such a way as to evoke admiration for Judaism as a faith and a way of life, that is a Kiddush Hashem, a sanctification of God’s name. When we do the opposite – when we betray that faith and way of life, causing people to have contempt for the God of Israel – that is a Chillul Hashem, a desecration of God’s name. That is what Amos meant when he said:

They trample on the heads of the poor as on the dust of the ground, and deny justice to the oppressed … so desecrate My holy name.

When Jews behave badly, unethically, unjustly, they create a Chillul Hashem. They cause others to say: I cannot respect a religion, or a God, that inspire people to behave in such a way. The same applies on a larger, more international scale. The Prophet who never tired of pointing this out was Ezekiel, the man who went into exile to Babylon after the destruction of the First Temple. This is what he heard from God:

I dispersed them among the nations, and they were scattered through the countries; I judged them according to their conduct and their actions. And wherever they went among the nations they profaned My holy name, for it was said of them, “These are the Lord’s people, and yet they had to leave His land.” (Ezekiel 36:19)

When Jews are defeated and sent into exile, it is not only a tragedy for them. It is a tragedy for God. He feels like a parent would feel seeing their child disgraced and sent to prison. A parent often feels a sense of shame and, worse than that, of inexplicable failure. “How is it that, despite all I did for him, I could not save my child from himself?” When Jews are faithful to their mission, when they live and lead and inspire as Jews, then God’s name is exalted. That is what Isaiah meant when he said, in God’s name: “You are my servant, Israel, in whom I will be glorified” (Isaiah 49:3).

That is the logic of Kiddush Hashem and Chillul Hashem. The fate of God’s “name” in the world is dependent on us and how we behave. No nation has ever been given a greater or more fateful responsibility. And it means that we each have a share in this task.

When a Jew, especially a religious Jew, behaves badly – acts unethically in business, or is guilty of sexual abuse, or utters a racist remark, or acts with contempt for others – it reflects badly on all Jews and on Judaism itself. And when a Jew, especially a religious Jew, acts well – develops a reputation for acting honourably in business, or caring for victims of abuse, or showing conspicuous generosity of spirit – not only does it reflect well on Jews. It increases the respect people have for religion in general, and thus for God.

Maimonides adds, in the passage from his law code speaking of Kiddush Hashem:

If a person has been scrupulous in his conduct, gentle in his conversation, pleasant toward his fellow creatures, affable in manner when receiving, not retorting even when affronted, but showing courtesy to all, even to those who treat him with disdain, conducting his business affairs with integrity … And doing more than his duty in all things, while avoiding extremes and exaggerations – such a person has sanctified God.[1]

Rabbi Norman Lamm tells the amusing story of Mendel the waiter. When the news came through to a cruise liner about the daring Israeli raid on Entebbe in 1976, the passengers wanted to pay tribute, in some way, to Israel and the Jewish people. A search was undertaken to see if there were any Jewish members on board the ship. Only one Jew could be found: Mendel the waiter. So, at a solemn ceremony, the captain of the cruise liner, on behalf of all the passengers, offered his deep congratulations to Mendel, who suddenly found himself elected de facto as the ambassador of the Jewish people. We are all, like it or not, ambassadors of the Jewish people, and how we live, behave and treat others reflects not only on us as individuals but on Jewry as a whole, and thus on Judaism and the God of Israel.

“Be not afraid of greatness. Some are born great, some achieve greatness, and others have greatness thrust upon ‘em,” wrote Shakespeare in Twelfth Night. Throughout history Jews have had greatness thrust upon them. As the late Milton Himmelfarb wrote: “The number of Jews in the world is smaller than a small statistical error in the Chinese census. Yet we remain bigger than our numbers. Big things seem to happen around us and to us.”[2]

God trusted us enough to make us His ambassadors to an often faithless, brutal world. The choice is ours. Will our lives be a Kiddush Hashem, or God forbid, the opposite? To have done something, even one act in a lifetime, to make someone grateful that there is a God in heaven who inspires people to do good on earth, is perhaps the greatest achievement to which anyone can aspire.

Shakespeare rightly defined the challenge: “Be not afraid of greatness.” A great leader has the responsibility both to be an ambassador and to inspire their people to be ambassadors as well.