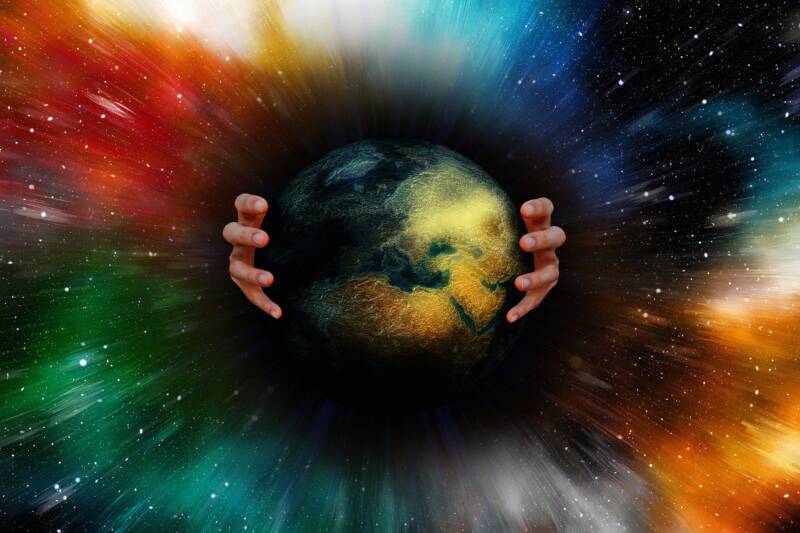 In recent years we have often felt plagued by reports of Israeli and Jewish leaders whose immoral actions had been exposed. A President guilty of sexual abuse. A Prime Minister indicted on charges of corruption and bribery. Rabbis in several countries accused of financial impropriety, sexual harassment and child abuse. That such things happen testifies to a profound malaise in contemporary Jewish life.

More is at stake than simply morality. Morality is universal. Bribery, corruption, and the misuse of power are wrong, and wrong equally, whoever is guilty of them. When, though, the guilty are leaders, something more is involved – the principles introduced in our parsha of Kiddush Hashem and Chillul Hashem:

“Do not profane My holy Name, that I may be sanctified in the midst of the Israelites. I am the Lord, who makes you holy…”

The concepts of Kiddush and Chillul Hashem have a history. Though they are timeless and eternal, their unfolding occurred through the course of time. In our parsha, according to Ibn Ezra, the verse has a narrow and localised sense. The chapter in which it occurs has been speaking about the special duties of the priesthood and the extreme care they must take in serving God within the Sanctuary. All of Israel is holy, but the Priests are a holy elite within the nation. It was their task to preserve the purity and glory of the Sanctuary as God’s symbolic home in the midst of the nation. So the commands are a special charge to the Priests to take exemplary care as guardians of the holy.

Another dimension was disclosed by the Prophets, who used the phrase Chillul Hashem to describe immoral conduct that brings dishonour to God’s law as a code of justice and compassion. Amos speaks of people who “trample on the heads of the poor as on the dust of the ground, and deny justice to the oppressed… and so profane My Holy Name.” (See Amos 2:7)

Jeremiah invokes Chillul Hashem to describe those who circumvent the law by emancipating their slaves only to recapture and re-enslave them (Jer. 34:16). Malachi, last of the Prophets, says of the corrupt Priests of his day:

“From where the sun rises to where it sets, My Name is honoured among the nations… but you profane it.”

The Sages[1] suggested that Abraham was referring to the same idea when he challenged God on His plan to destroy Sodom and Gomorrah if this meant punishing the righteous as well as the wicked:

“Far be it from You [chalilah lecha] to do such a thing.”

God, and the people of God, must be associated with justice. Failure to do so constitutes a Chillul Hashem.

A third dimension appears in the book of Ezekiel. The Jewish people, or at least a significant part of it, had been forced into exile in Babylon. The nation had suffered defeat. The Temple lay in ruins. For the exiles this was a human tragedy. They had lost their home, freedom, and independence. It was also a spiritual tragedy: “How can we sing the Lord’s song in a strange land?”[2] But Ezekiel saw it as a tragedy for God as well:

Son of man, when the people of Israel were living in their own land, they defiled it by their conduct and their actions…I dispersed them among the nations, and they were scattered through the countries; I judged them according to their conduct and their actions. And wherever they went among the nations they profaned My holy Name, for it was said of them, ‘These are the Lord’s people, and yet they had to leave His land.’

Exile was a desecration of God’s Name because the fact that He had punished His people by letting them be conquered was interpreted by the other nations as showing that God was unable to protect them. This recalls Moses’ prayer after the Golden Calf:

“Why, O Lord, unleash Your anger against Your people, whom You brought out of Egypt with such vast power and mighty force? Why should the Egyptians be able to say that You brought them out with evil intent, to kill them in the mountains and purge them from the face of the earth? Turn from Your fierce anger and relent from bringing disaster to Your people.”

This is part of the Divine pathos. Having chosen to identify His Name with the people of Israel, God is, as it were, caught between the demands of justice on the one hand, and public perception on the other. What looks like retribution to the Israelites looks like weakness to the world. In the eyes of the nations, for whom national gods were identified with power, the exile of Israel could not but be interpreted as the powerlessness of Israel’s God. That, says Ezekiel, is a Chillul Hashem, a desecration of God’s Name.

A fourth sense became clear in the late Second Temple period. Israel had returned to its land and rebuilt the Temple, but they came under attack first from the Seleucid Greeks in the reign of Antiochus IV, then from the Romans, both of whom attempted to outlaw Jewish practice. For the first time martyrdom became a significant feature in Jewish life. The question arose: under what circumstances were Jews to sacrifice their lives rather than transgress Jewish law?

The Sages understood the verse “You shall keep My decrees and laws which a person shall keep and live by them” (Lev. 18:5) to imply “and not die by them.”[3] Saving life takes precedence over most of the commands. But there are three exceptions: the prohibitions against murder, forbidden sexual relations, and idolatry, where the Sages ruled that it was necessary to die rather than transgress. They also said that “at a time of persecution” one should resist at the cost of death even a demand “to change one’s shoelaces,” that is, performing any act that could be construed as going over to the enemy, betraying and demoralising those who remained true to the faith. It was at this time that the phrase Kiddush Hashem was used to mean the willingness to die as a martyr.

One of the most poignant of all collective responses on the part of the Jewish people was to categorise all the victims of the Holocaust as “those who died al kiddush Hashem,” that is, for the sake of sanctifying God’s Name. This was not a foregone conclusion. Martyrdom in the past meant choosing to die for the sake of God. One of the demonic aspects of the Nazi genocide was that Jews were not given the choice. By calling them, in retrospect, martyrs, Jews gave the victims the dignity in death of which they were so brutally robbed in life.[4]

There is a fifth dimension. This is how Maimonides sums it up:

People looked up to as role-models must act as role-models. Piety in relation to God must be accompanied by exemplary behaviour in relation to one’s fellow humans. When people associate religiosity with integrity, decency, humility, and compassion, God’s Name is sanctified. When they come to associate it with contempt for others and for the law, the result is a desecration of God’s Name.

Common to all five dimensions of meaning is the radical idea, central to Jewish self-definition, that God has risked His reputation in the world, His Name,” by choosing to associate it with a single and singular people. God is the God of all humanity. But God has chosen Israel to be His “witnesses,” His ambassadors, to the world. When we fail in this role, it is as if God’s standing in the eyes of the world has been damaged.

For almost two thousand years the Jewish people was without a home, a land, civil rights, security, and the ability to shape its destiny and fate. It was cast in the role of what Max Weber called “a pariah people.” By definition a pariah cannot be a positive role model. That is when Kiddush Hashem took on its tragic dimension as the willingness to die for one’s faith. That is no longer the case. Today, for the first time in history, Jews have both sovereignty and independence in Israel, and freedom and equality elsewhere. Kiddush Hashem must therefore be restored to its positive sense of exemplary decency in the moral life.

That is what led the Hittites to call Abraham “a prince of God in our midst.” It is what leads Israel to be admired when it engages in international rescue and relief. The concepts of kiddush and Chillul Hashem forge an indissoluble connection between the holy and the good. Lose that and we betray our mission as “a holy nation.”

The conviction that being a Jew involves the pursuit of justice and the practice of compassion is what led our ancestors to stay loyal to Judaism despite all the pressures to abandon it. It would be the ultimate tragedy if we lost that connection now, at the very moment that we are able to face the world on equal terms. Long ago we were called on to show the world that religion and morality go hand in hand. Never was that more needed than in an age riven by religiously-motivated violence in some countries, rampant secularity in others. To be a Jew is to be dedicated to the proposition that loving God means loving His image, humankind. There is no greater challenge, nor, in the twenty-first century, is there a more urgent one.

[4] There was a precedent. In the Av ha-Rachamim prayer (See the Authorised Daily Prayer Book, p. 426), composed after the massacre of Jews during the Crusades, the victims were described as those “who sacrificed their lives al kedushat Hashem.” Though some of the victims went to their deaths voluntarily, not all of them did.