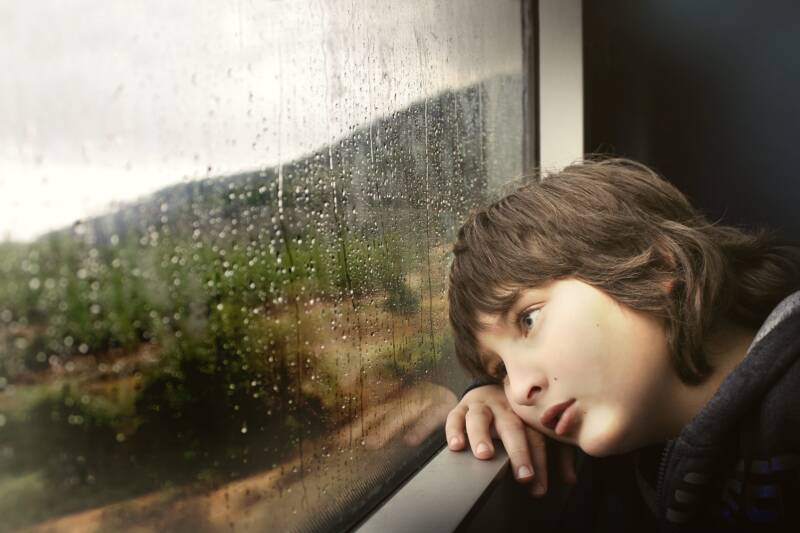 This week’s sedra outlines the festivals that give rhythm and structure to the Jewish year. Examining them carefully, however, we see that Succot is unusual, unique.

One detail which had a significant influence on Jewish liturgy appears later on in the book of Deuteronomy:

“Be joyful at your Feast . . . For seven days celebrate the Feast to the Lord your God at the place the Lord will choose. For the Lord your God will bless you in all your harvest and in all the work of your hands, and your joy will be complete.”

Speaking of the three pilgrimage festivals – Pesach, Shavuot, and Succot – Deuteronomy speaks of ‘joy’. But it does not do so equally. In the context of Pesach, it makes no reference to joy; in that of Shavuot, it speaks of it once; in Succot, as we see from the above quotation, it speaks of it twice. Is this significant? If so, how? (It was this double reference that gave Succot its alternative name in Jewish tradition: zeman simchatenu, ‘the season of our joy’.)

The second strange feature appears in our sedra. Uniquely, Succot is associated with two mitzvot, not one. The first:

Beginning with the fifteenth day of the seventh month, after you have gathered the crops of  the land, celebrate the festival to the Lord for seven days . . . On the first day you are to take choice fruit from the trees, and palm fronds, leafy branches and willows of the brook, and rejoice before the Lord your God for seven days.

This is a reference to the arba minim, the ‘four kinds’ – palm branch, citron, myrtle and willow leaves – taken and waved on Succot. The second command is quite different:

This is the command to leave our house and live in the temporary dwelling that gives Succot its name: the festival of Tabernacles, booths, huts, an annual reminder of portable homes in which the Israelites lived during their journey through the wilderness.

No other festival has this dual symbolism. Not only are the ‘four kinds’ and the tabernacle different in character: they are even seemingly opposed to one another. The ‘four kinds’ and the rituals associated with them are about rain. They were, says Maimonides (Guide for the Perplexed, III: 43), the most readily available products of the land of Israel, reminders of the fertility of the land. By contrast, the command to live for seven days in booths, with only leaves for a roof, presupposes the absence of rain. If it rains on Succot we are exempt from the command (for as long as the rain lasts, and providing it is sufficiently strong to spoil food on the table).

The difference goes deeper. On the one hand, Succot is the most universalistic of all festivals. The prophet Zechariah foresees the day when it will be celebrated by all humanity:

The Lord will be king over the whole earth. On that day the Lord will be one, and His name the only name . . . Then the survivors from all the nations that have attacked Jerusalem will go up year after year to worship the King, the Lord Almighty, and to celebrate the Feast of Tabernacles. If any of the peoples of the earth do not go up to Jerusalem to worship the King, the Lord Almighty, they will have no rain. If the Egyptian people do not go up and take part, they will have no rain.

The Sages interpreted the fact that seventy bulls were sacrificed in the course of the festival (Numbers 29:12-34) to refer to the seventy nations (the traditional number of civilisations). Following the cues in Zechariah, they said that ‘On the festival [of Succot], the world is judged in the matter of rain’ (Mishnah, Rosh Hashanah 1: 2). Succot is about the universal need for rain.

At the same time, however, it is the most particularist of festivals. When we sit in the Succah we recall Jewish history – not just the forty years of wandering in the wilderness, but also the entire experience of exile. The Succah is defined as a ‘temporary dwelling’ (dirat arai). It is the most powerful symbol of Jewish history. No other nation could see its home not as a castle, a fortress or a triumphal arch, but as a fragile tabernacle. No other nation was born, not in its land, but in the desert. Far from being universalist, Succot is intensely particularistic, the festival of a people like no other, whose only protection was its faith in the sheltering wings of the Divine presence.

It is almost as if Succot were two festivals, not one.

It is. Although all the festivals are listed together, they in fact represent two quite different cycles. The first is the cycle of Pesach, Shavuot and Succot. These tell the unique story of Jewish identity and history: the exodus (Pesach), the revelation at Mount Sinai (Shavuot), and the journey through the wilderness (Succot). Celebrating them, we re-enact the key moments of Jewish memory. We celebrate what it is to be a Jew.

There is, however, a second cycle – the festivals of the seventh month: Rosh Hashanah, Yom Kippur and Succot. Rosh Hashanah and Yom Kippur are not only about Jews and Judaism. They are about God and humanity as a whole. The language of the prayers is different. We say: ‘Instill your awe upon all Your works, and fear of You on all that You have created.’ The entire liturgy is strikingly universalist. The ‘Days of Awe’ are about the sovereignty of God over all humankind. On them, we reflect on the human, not just the Jewish, condition.

The two cycles reflect the dual aspect of God: as creator, and as redeemer. As creator, God is universal. We are all in God’s image, formed in His likeness. We share a covenant of human solidarity (the Noahide covenant). We are fellow citizens of the world God made and entrusted to our care. As redeemer, however, God is particular. Whatever His relationship to other nations (and He has a relationship with other nations: so Amos and Isaiah insist), Jews know Him through His saving acts in Israel’s history: exodus, revelation and the journey to the Promised Land.

No sooner have we identified the two cycles than we see what makes Succot unique. It is the only festival belonging to both. It is part of the cycle of Jewish history (Pesach-Shavuot-Succot), and part of the sequence of the seventh month (Rosh Hashanah-Yom Kippur-Succot). Hence the double joy.

The ‘four kinds’ represent the universality of the festival. They symbolise nature, rain, the cycle of the seasons – things common to all humanity. The Succah / tabernacle represents the singular character of Jewish history, the experience of exile and homecoming, the long journey across the wilderness of time.

In a way not shared by any other festival, Succot celebrates the dual nature of Jewish faith: the universality of God and the particularity of Jewish existence. We all need rain; we are all part of nature; we are all dependent on the complex ecology of the created world. Hence the ‘four kinds’. But each nation, civilisation, religion is different. As Jews we are heirs to a history unlike that of any other people: small, vulnerable, suffering exile after exile, yet surviving. Hence the Succah.

Humanity is formed out of our commonalities and differences. As I once put it: If we were completely different, we could not communicate. If we were all the same, we would have nothing to say. Succot brings both together: our uniqueness as a people, and our participation in the universal fate of humankind.