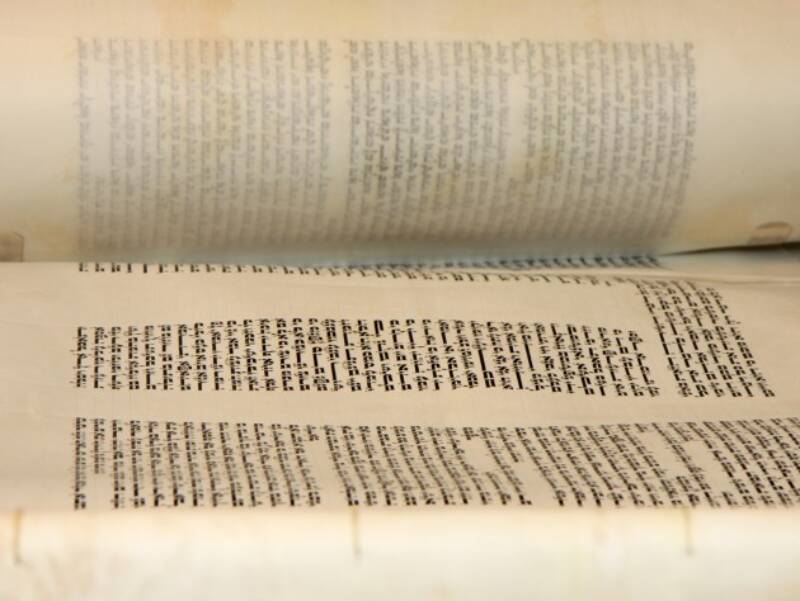 There is a fascinating sequence of commands in the great “holiness code” with which our parsha begins, that sheds light on the nature not just of leadership in Judaism but also of followership. Here is the command in context:

Do not hate your brother in your heart. Reprove [or reason with] your neighbour frankly so you will not bear sin because of him. Do not seek revenge or bear a grudge against anyone among your people, but love your neighbour as yourself. I am the Lord.

There are two completely different ways of understanding the italicised words. Maimonides brings them both as legally binding.[1] Nahmanides includes them both in his commentary to the Torah.[2]

The first is to read the command in terms of interpersonal relations. If you believe some has done you harm, says the Torah, do not remain in a state of silent resentment. Do not give way to hate, do not bear a grudge, and do not take revenge. Instead, reprove him, reason with him, tell him what you believe he has done and how you feel it has harmed you. He may apologise and seek to make amends. Even if he does not, at least you have made your feelings known to him. That in itself is cathartic. It will help you to avoid nursing a grievance.

The second interpretation, though, sees the command in impersonal terms. It has nothing to do you being harmed. It refers to someone you see acting wrongly, committing a sin or a crime. You may not be the victim. You may be just an observer. The command tells us not to be content with passing a negative judgment on his behaviour (i.e. with “hating him in your heart”). You must get involved. You should remonstrate with him, pointing out in as gentle and constructive a way as you can, that what he is doing is against the law, civil or moral. If you stay silent and do nothing, you will become complicit in his guilt (i.e. “bear sin because of him”) because you saw him do wrong and you did nothing to protest.

This second interpretation is possible only because of Judaism’s fundamental principle that kol Yisrael arevin zeh ba-zeh, “All Jews are sureties [i.e. responsible] for one another.” However, the Talmud makes a fascinating observation about the scope of the command:

One of the Rabbis said to Raba: [The Torah says] hocheach tochiach, meaning “you shall reprove your neighbour repeatedly” [because the verb is doubled, it implies you should reprove him more than once]. Might this mean hocheach, reprove him once, and tochiach, a second time? No, he replied, the word hocheach means, even a hundred times. Why then does it add the word tochiach? Had there been only a single verb I would have known that the law applies to a master reproving his disciple. How do we know that it applies even to a disciple reproving his master? From the phrase, hocheach tochiach, implying, under all circumstances.

This is significant because it establishes a principle of critical followership. So far in these essays we have been looking at the role of the leader in Judaism. But what about that of the follower? On the face of it the duty of the follower is to follow, and that of the disciple to learn. After all, Judaism commands almost unlimited respect for teachers. “Let reverence for your teacher be as great as your reverence for heaven,” said the Sages. Despite this the Talmud understands the Torah to be commanding us to remonstrate even with our teacher or leader should we see him or her doing something wrong.

Supposing a leader commands you to do something you know to be forbidden in Jewish law. Should you obey? The answer is a categorical ‘No’. The Talmud puts this in the form of a rhetorical question: “Faced with a choice between obeying the master [God] or the disciple [a human leader], whom should you obey?”[3] The answer is obvious. Obey God. Here in Jewish law is the logic of civil disobedience, the idea that we have a duty to disobey an immoral order.

Then there is the great Jewish idea of active questioning and “argument for the sake of heaven.” Parents are obliged, and teachers encouraged, to train students to ask questions. Traditional Jewish learning is designed to make teacher and disciple alike aware of the fact that more than one view is possible on any question of Jewish law and multiple interpretations (the traditional number is seventy) of any biblical verse. Judaism is unique in that virtually all of its canonical texts – Midrash, Mishnah and Gemara – are anthologies of arguments (Rabbi X said this, Rabbi Y said that) or are surrounded by multiple commentaries each with its own perspective.

The very act of learning in rabbinic Judaism is conceived as active debate, a kind of gladiatorial contest of the mind: “Even a teacher and disciple, even a father and son, when they sit to study Torah together become enemies to one another. But they do not move from there until they have become beloved to one another.”[4]

Hence the Talmudic saying, “Much wisdom I have learned from my teacher, more from my colleagues, but most from my students.”[5] Therefore despite the reverence we owe our teachers, we owe them also our best efforts at questioning and challenging their ideas. This is essential to the rabbinical ideal of learning as a collaborative pursuit of truth.

The idea of critical followership gave rise in Judaism to the world’s first social critics, the Prophets, mandated by God to speak truth to power and to summon even Kings to the bar of justice and right conduct. That is what Samuel did to Saul, Elijah to Ahab and Isaiah to Hezekiah. None did so more effectively than the Prophet Nathan when, with immense skill, he got King David to appreciate the enormity of his sin in sleeping with another man’s wife. David immediately recognised his wrong and said chatati, “I have sinned.”[6]

Exceptional though the Prophets of Israel were, even their achievement takes second place to one of the most remarkable phenomena in the history of religion, namely that God Himself chooses as His most beloved disciples the very people who are willing to challenge heaven itself. Abraham says, “Shall the Judge of all the earth not do justice?” Moses says, “Why have You done evil to this people?” Jeremiah and Habakkuk challenge God on the apparent injustices of history. Job, who argues with God, is eventually vindicated by God, while his comforters, who defended God, are deemed by God to have been in the wrong. In short, God Himself chooses active, critical followers, rather than those who silently obey.

Hence the unusual conclusion that in Judaism followership is as active and demanding as leadership. We can put this more strongly: leaders and followers do not sit on opposite sides of the table. They are on the same side, the side of justice and compassion and the common good. No one is above criticism, and no one too junior to administer it, if done with due grace and humility. A disciple may criticise his teacher; a child may challenge a parent; a Prophet may challenge a King; and all of us, simply by bearing the name Israel, are summoned to wrestle with God and our fellow humans in the name of the right and the good.

Uncritical followership and habits of silent obedience give rise to the corruptions of power, or sometimes simply to avoidable catastrophes. For example, a series of fatal accidents occurred between 1970 and 1999 to planes belonging to Korean Air. One in particular, Korean Air Flight 8509 in December 1999, led to a review that suggested that Korean culture, with its tendency toward autocratic leadership and deferential followership, may have been responsible for the first officer not warning the pilot that he was off-course.

John F. Kennedy assembled one of the most talented group of advisors ever to serve an American President, yet in the Bay of Pigs invasion of Cuba in 1961 committed one of the most foolish mistakes. Subsequently, one of the members of the group, Arthur Schlesinger Jr., attributed the error to the fact that the atmosphere within the group was so convivial that no one wanted to disturb it by pointing out the folly of the proposal.[7]

Groupthink and conformism are perennial dangers within any closely-knit group, as a series of famous experiments by Solomon Asch, Stanley Milgram, Philip Zimbardo and others have shown. Which is why, in Cass Sunstein’s phrase, “societies need dissent.” My favourite example is one given by James Surowiecki in The Wisdom of Crowds. He tells the story of how an American naturalist, William Beebe, came across a strange sight in the Guyana jungle.

A group of army ants was moving in a huge circle. The ants went round and round in the same circle for two days until most of them dropped dead. The reason is that when a group of army ants is separated from their colony, they obey a simple rule: follow the ant in front of you.[8]

The trouble is that if the ant in front of you is lost, so will you be.

Surowiecki’s argument is that we need dissenting voices, people who challenge the conventional wisdom, resist the fashionable consensus and disturb the intellectual peace. “Follow the person in front of you” is as dangerous to humans as it is to army ants. To stand apart and be willing to question where the leader is going is the task of the critical follower. Great leadership happens when there is strong and independently-minded followership. Hence, when it comes to constructive criticism, a disciple may challenge a teacher and a Prophet reprimand a King.
__________________________