Be Silent and Listen 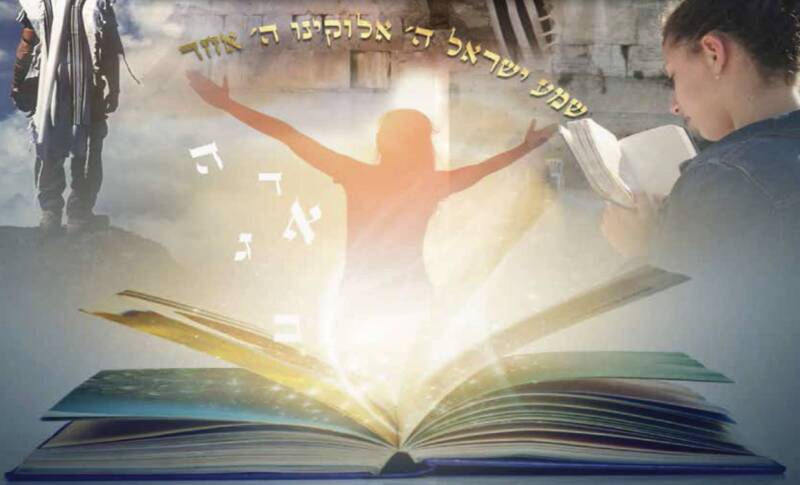 Be Silent and Listen

During our first Coronavirus lockdown, there was one question I was asked more than any other: What about prayer? Just when we needed it the most, we found ourselves unable to participate in tefillah be-tsibbur, public communal prayer. Our most sacred prayers, devarim she-bi-kedushah, are communal. They require a minyan. There was an argument between Rambam and Ramban as to whether, originally and essentially, the command of prayer was directed to individuals or to the community as a whole. But there was no disagreement between them as to the importance and value of praying as part of a community. That is supremely how we, as Jews, come before God, not primarily as “I” but as “We.” How then were we to find spiritual strength without this communal dimension?

My answer was, this is indeed a terrible privation. There is no point in minimising the loss. As Yehuda ha-Levi said in the Kuzari, individual prayer is like protecting yourself by building a wall around your house. Collective prayer is like joining with others to maintain the wall around the city. The wall around the city protects everyone, not just me.[1] Besides which, when I pray for myself, I may pray selfishly, asking for something that may directly benefit me but might also be harmful for others. If I sell ice-cream, I want the sun to shine, but if I sell umbrellas, I want the rain to fall. Praying together, we seek, not private good but the common good.

Communal prayer is not just an expression of community. It is also a builder of community. Hence the psychological cost of the pandemic lockdown. We are social, not solitary beings. We long, most of us, for company. And even the marvels of Zoom, Skype, YouTube, Facebook Live, WhatsApp and Facetime cannot compensate for the loss of the real thing: face-to-face encounter.

But there was one gain to our praying in isolation. Tefillah be-tsibbur involves going at the speed of the congregation. It is hard to slow the pace so as to be able to meditate at length on any of the prayers themselves – their meaning, music, rhythm and structure. Prayer is essentially a kind of counterpoint between speaking and listening. But communal prayer often involves more speaking than listening. The lockdown meant that we could listen more to the poetry and passion of the prayers themselves. And prayer is about listening, not just speaking.
In one of his essays in Beit Yaakov, Rabbi Yaakov Leiner, son of the Ishbitzer Rebbe (Rabbi Mordechai Leiner), makes a fascinating comment on a phrase in this week’s parsha, hasket u-shema Yisrael, “Be silent and listen, Israel. You have now become the people of the Lord your God (Deut. 27:9). There is, he says, a fundamental difference between seeing and listening as to what they communicate. Seeing tells us about the surfaces, the externalities, of things. Listening tells us about internalities, depths (omek kol davar).[2]

His comments are echoed by one of the great 20th Century scholars of technologies of communication, Walter J Ong, who spoke about “the unique relationship of sound to interiority when sound is compared to the rest of the senses.” He adds, “This relationship is important because of the interiority of human consciousness and of human communication itself.”[3] In other words, it is through sound, especially through speaking and listening, that we are present to one another as subjects rather than objects. By listening, we encounter the depth-dimension of reality.

When we listen, we are personally engaged far beyond the way we participate when we simply watch. Ong regards this as one of the special features of the Hebrew Bible. God creates the universe through words. He reveals Himself to His people in words. He makes a covenant with them in words. The last and culminating book of the Torah is Devarim, “words.” Ong notes that the Hebrew for “word,” davar, also means an event, a happening, something that generates momentum in history. If the greatest thing God does is speak, then the greatest thing we can do is listen.

There is also a difference, as I pointed out in my translation and commentary on the Siddur, between hearing and listening, often concealed by the fact that the Hebrew verb Shema means both. But they are very different. Hearing is passive, listening is active. Hearing needs no special concentration, but listening does. It involves attention, focus, and openness to the other. One of the greatest gifts we can be given is to meet someone who really listens to us. Sadly, it happens all too rarely. We are often so focused on what we are going to say next, that we don’t really listen in depth to what the other person is saying. And so it is with prayer. Someone once defined prayer as listening to God listening to us.

There are some profound stories about listening in the Torah and Tanach. Take for instance the fraught episode in which Jacob takes his father’s blessing, intended for Esau. The story eliminates sight as a dimension: Isaac is old and cannot see. Yet he has persistent doubts as to whether the son in front of him is indeed Esau. He goes through the various senses. He tastes the food his son has brought. He smells his clothes. He touches his hands. He concludes: “The voice is the voice of Jacob, but the hands are the hands of Esau” (Gen. 27:22). How much anguish might have been spared had he followed the evidence of his hearing rather than his taste, smell and touch.

The names of Jacob’s first three sons were all cries for attention on the part of their mother Leah. She called the first, Reuben, saying, “It is because the Lord has seen my misery. Surely my husband will love me now.” The second she called Simon, saying, “Because the Lord heard that I am not loved, He gave me this one too.” She called the third Levi, saying, “Now at last my husband will become attached to me, because I have borne him three sons.” Was Jacob listening to her cries? We don’t know. But the plain sense of the text is that he was not. And we know from Jacob’s deathbed blessings that his relationship with these three sons was fractured.

Then there is the strange choice of Moses as the man selected to be the voice of God’s word to Israel for all time. Moses kept reminding God that he was not a man of words, he could not speak, he had “uncircumcised lips.” The Torah is surely telling us several things, but might one of them have been that, finding it hard to speak, Moses had learned to listen? Certainly Moses heard God better than anyone in history.

Then there was the drama on Mount Horeb where Elijah went after his spectacular victory over the prophets of Baal, having called down fire from heaven at Mount Carmel. God showed him a powerful wind, an earthquake, and a fire, but God was in none of these things. Instead He was in the kol demamah dakah, the “still, small voice” that I have argued means “a sound you can only hear if you are listening.”

There are the stunningly beautiful lines of Psalm 19, that we say on Shabbat mornings that tell us that “the heavens declare the glory of God; the skies proclaim the work of His hands,” despite the fact that “There is no speech, there are no words.” Creation sings a song to its Creator, which we might hear if we listen attentively enough. I was reminded of this throughout the pandemic, when there was little noise from traffic and none from aeroplanes overhead, and we could hear the birdsong and other sounds of nature more vividly than ever I remember.

Listening is a primary theme of Moses’ speeches in Devarim. The root sh-m-a appears no fewer than 92 times in the book, an astonishing number. That is what I hope we gained from this distressing time of isolation: the ability to slow down our prayers and listen to them, letting their poetry penetrate more deeply than at other times.

Rabbi Yaakov Leiner, whose reflections on listening started us on this journey, said about the tragic month of Av that it is a time when it is hard to see the presence of God. We lost two Temples. It seemed to the nations of the world as if God had abandoned His people. But precisely when it is hard to see the Divine presence, we can focus on listening.[4] I believe that listening is one of the greatest arts. It opens us to God, our fellow humans, and the beauties of nature. For me one of the gifts of this strange, difficult time has been the ability to slow down the prayers so that I am able to listen to them speaking to me. Praying is as much about listening as speaking. And faith itself is the ability to hear the music beneath the noise.

[1] Kuzari, III: 19.
[2] Beit Yaakov, vol. 4, Torah u-moadim, Rosh Chodesh Menachem Av, 131.
[3] Walter J Ong, Orality and Literacy: the technologizing of the word, Routledge, 1982, 71.
[4] The same idea can be found much earlier in the Sefer Yetzira. See Bnei Yissaschar, Ma’amarei Hodshei Tammuz ve-Av, ma’amar 1,3. I am grateful to Mr David Frei, Registrar of the London Beit Din, for bringing this to my attention.