The Pursuit of Joy 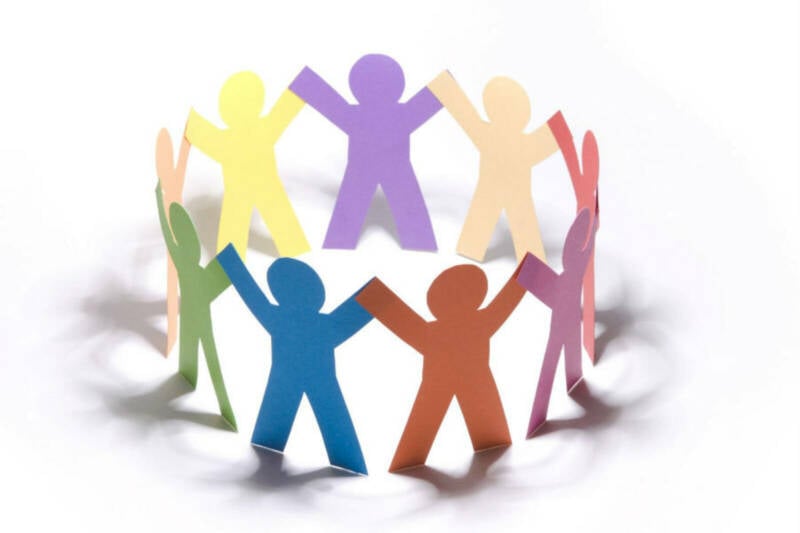 Happiness, said Aristotle, is the ultimate good at which all humans aim.[1] But in Judaism it is not necessarily so. Happiness is a high value. Ashrei, the closest Hebrew word to happiness, is the first word of the book of Psalms. We say the prayer known as Ashrei three times each day. We can surely endorse the phrase in the American Declaration of Independence that among the inalienable rights of humankind are life, liberty, and the pursuit of happiness.

But Ashrei is not the central value of the Hebrew Bible. Occurring almost ten times as frequently is the word simcha, joy. It is one of the fundamental themes of Deuteronomy as a book. The root s-m-ch appears only once in each of Genesis, Exodus, Leviticus, and Numbers, but no fewer than twelve times in Deuteronomy. It lies at the heart of the Mosaic vision of life in the Land of Israel. That is where we serve God with joy.

Joy plays a key role in two contexts in this week’s parsha. One has to do with the bringing of first-fruits to the Temple in Jerusalem. After describing the ceremony that took place, the Torah concludes as follows:

“Then you will rejoice in all the good things that the Lord your God has given you and your family, along with the Levites and the stranger in your midst.”

The other context is quite different and astonishing. It occurs in the context of the curses. There are two passages of curses in the Torah, one in Leviticus 26, the other here in Deuteronomy 28. The differences are notable. The curses in Leviticus end on a note of hope. Those in Deuteronomy end in bleak despair. The Leviticus curses speak of a total abandonment of Judaism by the people. The people walk bekeri with God, variously translated as “with hostility,” “rebelliously,” or “contemptuously.” But the curses in Deuteronomy are provoked simply “because you did not serve the Lord your God with joy and gladness of heart out of the abundance of all things.” (Deut. 28:47)

Now, joylessness may not be the best way to live, but it is surely not even a sin, let alone one that warrants a litany of curses. What does the Torah mean when it attributes national disaster to a lack of joy? Why does joy seem to matter in Judaism more than happiness? To answer these questions we must first understand the difference between happiness and joy. This is how the first Psalm describes the happy life:

Happy is the man who has not walked in the counsel of the wicked, nor stood in the way of sinners, nor sat where scoffers sit. But his desire is in the Torah of the Lord; on his Torah he meditates day and night. He shall be like a tree planted by streams of water, bearing its fruit in its season, and its leaf does not wither; and in all that he does he prospers.

This is a serene and blessed life, granted to one who lives in accordance with the Torah. Like a tree, such a life has roots. It is not blown this way and that by every passing wind or whim. Such people bear fruit, stay firm, survive, and thrive. Yet for all that, happiness is the state of mind of an individual.

Simcha, joy, in the Torah is never about individuals. It is always about something we share. A newly married man does not serve in the army for a year, says the Torah, so that he can stay at home “and bring joy to the wife he has married.” (Deut. 24:5) You shall bring all your offerings to the central sanctuary, says Moses, so that “there, in the presence of the Lord your God, you and your families shall eat and rejoice in all you have put your hand to, because the Lord your God has blessed you.” (Deut. 12:7) The festivals as described in Deuteronomy are days of joy, precisely because they are occasions of collective celebration: “you, your sons and daughters, your male and female servants, the Levites in your towns, and the strangers, the fatherless and the widows living among you.” (Deut. 16:11) Simcha is joy shared. It is not something we experience in solitude.

Happiness is an attitude to life as a whole, while joy lives in the moment. As J. D. Salinger once said: “Happiness is a solid, joy is a liquid.” Happiness is something you pursue. But joy is not. It discovers you. It has to do with a sense of connection to other people or to God. It comes from a different realm than happiness. It is a social emotion. It is the exhilaration we feel when we merge with others. It is the redemption of solitude.

Paradoxically, the biblical book most focused on joy is precisely the one often thought of as the unhappiest of all, Kohelet, Ecclesiastes. Kohelet is notoriously the man who had everything, yet describes it all as hevel, a word he uses almost forty times in the space of the book, and variously translated as “meaningless,” “pointless,” “futile,” “empty,” or as the King James Bible famously rendered it, “vanity.” In fact, though, Kohelet uses the word simcha seventeen times, that is, more than the whole of the Mosaic books together. After every one of his meditations on the pointlessness of life, Kohelet ends with an exhortation to joy:

I know that there is nothing better for people than to rejoice and do good while they live.

So I saw that there is nothing better for a person than to rejoice in his work, because that is his lot.

So I commend rejoicing in life, because there is nothing better for a person under the sun than to eat and drink and rejoice.

However many years anyone may live, let him rejoice in them all.

I posit in the Koren Succot Machzor that Kohelet can only be understood if we realise that hevel does not mean “pointless,” “empty,” or “futile”. It means “a shallow breath”. Kohelet is a meditation on mortality. However long we live, we know we will one day die. Our lives are a mere microsecond in the history of the universe. The cosmos lasts forever while we living, breathing mortals are a mere fleeting breath.

Kohelet is obsessed by this because it threatens to rob life of any certainty. We will never live to see the long-term results of our endeavours. Moses did not lead the people into the Promised Land. His sons did not follow him to greatness. Even he, the greatest of Prophets, could not foresee that he would be remembered for all time as the greatest leader the Jewish people ever had. Lehavdil, Van Gogh sold only one painting in his lifetime. He could not have known that he would eventually be hailed as one of the greatest painters of modern times. We do not know what our heirs will do with what we leave them. We cannot know how, or if, we will be remembered. How then are we to find meaning in life?

Kohelet eventually finds it not in happiness but in joy – because joy lives not in thoughts of tomorrow, but in the grateful acceptance and celebration of today. We are here; we are alive; we are among others who share our sense of jubilation. We are living in God’s land, enjoying His blessings, eating the produce of His earth, watered by His rain, brought to fruition under His sun, breathing the air He breathed into us, living the life He renews in us each day. And yes, we do not know what tomorrow may bring; and yes, we are surrounded by enemies; and yes, it was never the safe or easy option to be a Jew. But when we focus on the moment, allowing ourselves to dance, sing, and give thanks, when we do things for their own sake not for any other reward, when we let go of our separateness and become a voice in the holy city’s choir, then there is joy.

Kierkegaard once wrote: “It takes moral courage to grieve; it takes religious courage to rejoice.”[2] It is one of the most poignant facts about Judaism and the Jewish people that our history has been shot through with tragedy, yet Jews never lost the capacity to rejoice, to celebrate in the heart of darkness, to sing the Lord’s song even in a strange land.

There are Eastern faiths that promise peace of mind if we can train ourselves into habits of acceptance. Epicurus taught his disciples to avoid risks like marriage or a career in public life. Neither of these approaches is to be negated, yet Judaism is not a religion of acceptance, nor have Jews tended to seek the risk-free life. We can survive the failures and defeats if we never lose the capacity for joy. Every Succot we leave the security and comfort of our houses and live in a shack exposed to the wind, the cold, and the rain. Yet we call it zeman simchatenu, our season of joy. That is no small part of what it is to be a Jew.

Hence Moses’ insistence that the capacity for joy is what gives the Jewish people the strength to endure. Without it, we become vulnerable to the multiple disasters set out in the curses in our parsha. Celebrating together binds us as a people: that and the gratitude and humility that come from seeing our achievements not as self-made but as the blessings of God. The pursuit of happiness can lead, ultimately, to self-regard and indifference to the sufferings of others. It can lead to risk-averse behaviour and a failure to “dare greatly”. Not so joy. Joy connects us to others and to God. Joy is the ability to celebrate life as such, knowing that whatever tomorrow may bring, we are here today, under God’s Heaven, in the universe He made, to which He has invited us as His guests.

Toward the end of his life, having been deaf for twenty years, Beethoven composed one of the greatest pieces of music ever written, his Ninth Symphony. Intuitively he sensed that this work needed the sound of human voices. It became the West’s first choral symphony. The words he set to music were Schiller’s Ode to Joy. I think of Judaism as an ode to joy. Like Beethoven, Jews have known suffering, isolation, hardship, and rejection, yet they never lacked the religious courage to rejoice. A people that can know insecurity and still feel joy is one that can never be defeated, for its spirit can never be broken nor its hope destroyed. As individuals we may aspire to the goodness that leads to happiness, but as part of a moral and spiritual community, even in hard times we find ourselves lifted on the wings of joy.