We Are What We Remember 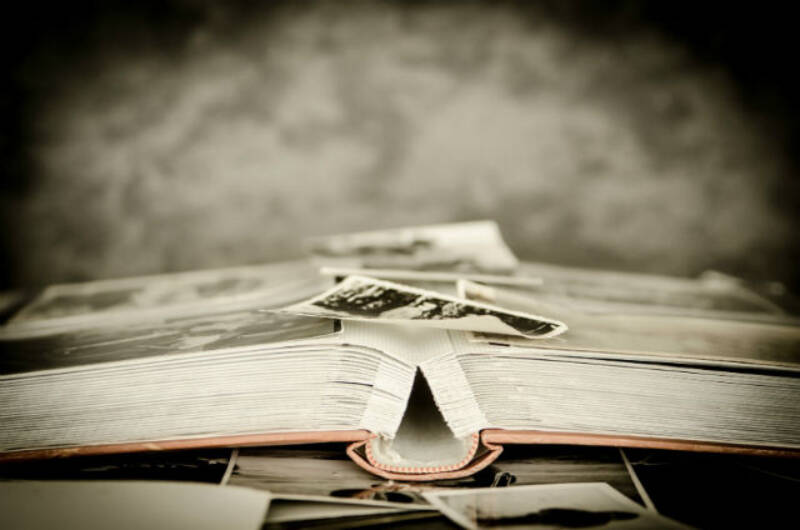 One reason religion has survived in the modern world despite four centuries of secularisation is that it answers the three questions every reflective human being will ask at some time in his or her life: Who am I? Why am I here? How then shall I live?

These cannot be answered by the four great institutions of the modern West: science, technology, the market economy and the liberal democratic state. Science tells us how but not why. Technology gives us power but cannot tell us how to use that power. The market gives us choices but does not tell us which choices to make. The liberal democratic state as a matter of principle holds back from endorsing any particular way of life. The result is that contemporary culture sets before us an almost infinite range of possibilities, but does not tell us who we are, why we are here, and how we should live.

Yet these are fundamental questions. Moses’ first question to God in their first encounter at the burning bush was “Who am I?” The plain sense of the verse is that it was a rhetorical question: Who am I to undertake the extraordinary task of leading an entire people to freedom? But beneath the plain sense was a genuine question of identity. Moses had been brought up by an Egyptian princess, the daughter of Pharaoh. When he rescued Jethro’s daughters from the local Midianite shepherds, they went back and told their father, “An Egyptian man delivered us.” Moses looked and spoke like an Egyptian.

He then married Zipporah, one of Jethro’s daughters, and spent decades as a Midianite shepherd. The chronology is not entirely clear but since he was a relatively young man when he went to Midian and was eighty years old when he started leading the Israelites, he spent most of his adult life with his Midianite father-in-law, tending his sheep. So when he asked God, “Who am I?” beneath the surface there was a real question. Am I an Egyptian, a Midianite, or a Jew?

By upbringing he was an Egyptian, by experience he was a Midianite. Yet what proved decisive was his ancestry. He was a descendant of Abraham, the child of Amram and Yocheved. When he asked God his second question, “Who are you?” God first told him, “I will be what I will be.” But then he gave him a second answer:

Say to the Israelites, ‘The Lord, the God of your fathers—the God of Abraham, the God of Isaac and the God of Jacob—has sent me to you.’ This is My name forever, the name you shall call Me from generation to generation.

Here too there is a double sense. On the surface God was telling Moses what to tell the Israelites when they asked, “Who sent you to us?” But at a deeper level the Torah is telling us about the nature of identity. The answer to the question, “Who am I?” is not simply a matter of where I was born, where I spent my childhood or my adult life or of which country I am a citizen. Nor is it answered in terms of what I do for a living, or what are my interests and passions. These things are about where I am and what I am but not who I am.

God’s answer  – I am the God of your fathers – suggests some fundamental propositions. First, identity runs through genealogy. It is a matter of who my parents were, who their parents were and so on. This is not always true. There are adopted children. There are children who make a conscious break from their parents. But for most of us, identity lies in uncovering the story of our ancestors, which, in the case of Jews, given the unparalleled dislocations of Jewish life, is almost always a tale of journeys, courage, suffering or escapes from suffering, and sheer endurance.

Second, the genealogy itself tells a story. Immediately after telling Moses to tell the people he had been sent by the God of Abraham, Isaac and Jacob, God continued:

Go, assemble the elders of Israel and say to them, ‘The Lord, the God of your fathers—the God of Abraham, Isaac and Jacob—appeared to me and said: I have watched over you and have seen what has been done to you in Egypt. And I have promised to bring you up out of your misery in Egypt into the land of the Canaanites, Hittites, Amorites, Perizzites, Hivites and Jebusites—a land flowing with milk and honey.’

It was not simply that God was the God of their ancestors. He was also the God who made certain promises: that He would bring them from slavery to freedom, from exile to the Promised Land. The Israelites were part of a narrative extended over time. They were part of an unfinished story, and God was about to write the next chapter.

What is more, when God told Moses that He was the God of the Israelites’ ancestors, He added, “This is My eternal name, this is how I am to be recalled [zichri] from generation to generation.” God was here saying that He is beyond time – “This is My eternal name” – but when it comes to human understanding, He lives within time, “from generation to generation.” The way He does this is through the handing on of memory: “This is how I am to be recalled.” Identity is not just a matter of who my parents were. It is also a matter of what they remembered and handed on to me. Personal identity is shaped by individual memory. Group identity is formed by collective memory.[1]

All of this is by way of prelude to a remarkable law in today’s parsha. It tells us that first-fruits were to be taken to “the place God chooses,” i.e. Jerusalem. They were to be handed to the priest, and each was to make the following declaration:

“My father was a wandering Aramean, and he went down into Egypt with a few people and lived there and became a great, powerful and populous nation.  The Egyptians mistreated us and made us suffer, subjecting us to harsh labour. Then we cried out to the Lord, the God of our ancestors, and the Lord heard our voice and saw our suffering, our harsh labour and our distress. The Lord then brought us out of Egypt with a strong hand and an outstretched arm, with great fearsomeness and with signs and wonders. He brought us to this place and gave us this land flowing with milk and honey. I am now bringing the first-fruits of the soil that You, Lord, have given me.”

We know this passage because, at least since Second Temple times it has been a central part of the Haggadah, the story we tell at the Seder table. But note that it was originally to be said on bringing first-fruits, which was not on Pesach. Usually it was done on Shavuot.

What makes this law remarkable is this: We would expect, when celebrating the soil and its produce, to speak of the God of nature. But this text is not about nature. It is about history. It is about a distant ancestor, a “wandering Aramean”, It is the story of our ancestors. It is a narrative explaining why I am here, and why the people to whom I belong is what it is and where it is. There was nothing remotely like this in the ancient world, and there is nothing quite like it today. As Yosef Hayim Yerushalmi said in his classic book Zachor,[2] Jews were the first people to see God in history, the first to see an overarching meaning in history, and the first to make memory a religious duty.

That is why Jewish identity has proven to be the most tenacious the world has ever known: the only identity ever sustained by a minority dispersed throughout the world for two thousand years, one that eventually led Jews back to the land and state of Israel, turning Hebrew, the language of the Bible, into a living speech again after a lapse of many centuries in which it was used only for poetry and prayer. We are what we remember, and the first-fruits declaration was a way of ensuring that Jews would never forget.

In the past few years, a spate of books has appeared in the United States asking whether the American story is still being told, still being taught to children, still framing a story that speaks to all its citizens, reminding successive generations of the battles that had to be fought for there to be a “new birth of freedom”, and the virtues needed for liberty to be sustained.[3] The sense of crisis in each of these works is palpable, and though the authors come from very different positions in the political spectrum, their thesis is roughly the same: If you forget the story, you will lose your identity. There is such a thing as a national equivalent of Alzheimer’s. Who we are depends on what we remember, and in the case of the contemporary West, a failure of collective memory poses a real and present danger to the future of liberty.

Jews have told the story of who we are for longer and more devotedly than any other people on the face of the earth. That is what makes Jewish identity so rich and resonant. In an age in which computer and smartphone memories have grown so fast, from kilobytes to megabytes to gigabytes, while human memories have become so foreshortened, there is an important Jewish message to humanity as a whole. You can’t delegate memory to machines. You have to renew it regularly and teach it to the next generation. Winston Churchill said: “The longer you can look back, the further you can see forward.”[4] Or to put it slightly differently: Those who tell the story of their past have already begun to build their children’s future.