Does Love Conquer All? 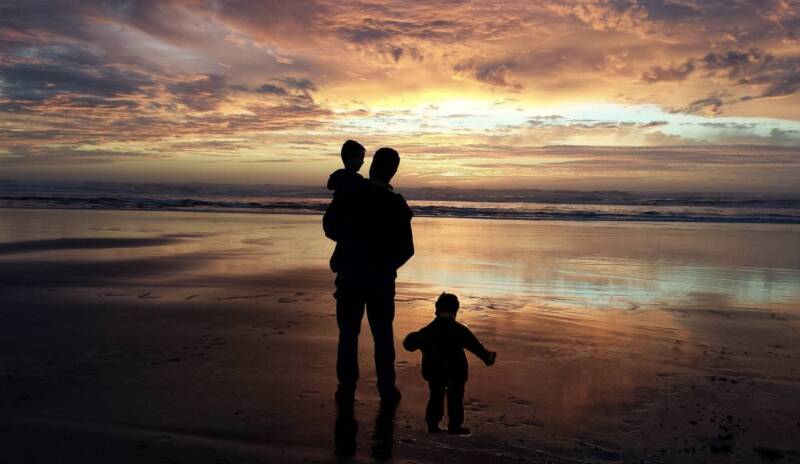 Does Love Conquer All?

Our parsha contains more laws than any other. Some of them have generated much study and debate, especially two at the beginning, the law of the captive woman and that of the “stubborn and rebellious son.” There is, however, one law that deserves much more attention than it has generally received, namely the one placed between these two. It concerns the laws of inheritance:

Note that the Hebrew word here translated as “does not love” or “unloved” is senuah, which normally means “hated.” We will see later why this strong word is used.

On the face of it, this is a straightforward, logical law. It tells us that love must not override justice. The firstborn, in ancient Israel and elsewhere, have special rights, especially in connection with inheritance. In most societies they tended to succeed to their father’s position. That was the case in Israel in relation to kingship and priesthood.[1] They did not inherit all the father’s property, but they did inherit twice as much as the other children.

It was important to have rules like the above to avoid damaging family splits every time a death occurred or was imminent. The Torah gives us a graphic example of the court intrigue that went on, as David lay dying, as to which of his children should be his heir. More recently, lehavdil, there have been several examples of Hassidic dynasties irreparably torn apart because different groups wanted different individuals to inherit the leadership.

There is a tension between individual liberty and the common good. Individual liberty says, “This wealth is mine. I should be able to do with it what I like, including deciding to whom to hand it on.” But there is also the welfare of others, including the other children, other family members, and the community and society that are damaged by family disputes. The Torah here draws a line, acknowledging the rights of the biological firstborn and circumscribing the rights of the father.

The law as such is straightforward. What makes it remarkable is that it reads as if it were directed against a specific biblical figure, namely Jacob. One connection is linguistic. The key terms in our law are an opposition between ahuvah, “loved,” and senuah, “hated/unloved.” This opposition occurs ten times in the Torah. Three have to do with the relationship between us and God: “those who hate Me and those who love Me.” That leaves seven other cases.

Four are in the paragraph above. The other three are all about Jacob: two of them about his love for Rachel in preference to Leah (Genesis 29:30-31, 32-33), the third about his love for Joseph in preference to the other sons (Genesis 37:4). Both caused great grief within the family and had devastating consequences in the long run.
This is how the Torah describes Jacob’s feelings for Rachel:

Jacob loved Rachel and said, “I’ll work for you (Laban) seven years in return for your younger daughter Rachel” … So Jacob served seven years for Rachel, but they seemed like only a few days to him because of his love for her … And Jacob cohabited with Rachel also; indeed, he loved Rachel more than Leah. And he served him (Laban) another seven years.

And this is its description of the impact it had on Leah:

When the Lord saw that Leah was hated, He enabled her to conceive, but Rachel remained childless. Leah conceived and bore a son, and named him Reuben; for she declared, “It means: ‘The Lord has seen my affliction’; it also means: ‘Now my husband will love me.’” She conceived again and bore a son, and declared, “This is because the Lord heard that I was hated and has given me this one also,” so she named him Simeon.

I have translated the word senuah here as “hated” simply to give a sense of the shock of the text as it is in Hebrew. We also understand why this word is used. Leah was, as the text says, loved less than Rachel. Jacob did not hate her, but she felt hated, because less loved, thus unloved. This feeling dominated her marriage as we see in the names she gave her eldest children. The rivalry continues and intensifies in the next generation:

When his brothers saw that their father loved him (Joseph) more than any of his brothers, they hated him and could not speak a peaceful word to him.

Less loved, the brothers felt hated, and so they hated the more loved Joseph. Love generates conflict, even though none of the parties want conflict. Jacob didn’t hate Leah or her sons or the sons of the handmaids. He did not deliberately decide to love Rachel and later Joseph. Love doesn’t work like that. It happens to us, usually not of our choosing. Yet those outside the relationship can feel excluded and unloved. This feels like being hated. The Torah uses the word senuah to tell us how serious the feeling is. It is not enough to say “I love you too,” when every act, every word, every look says, “I love someone else more.”

Which brings us to inheritance. Joseph was the eleventh of Jacob’s twelve sons, but the firstborn of Jacob’s beloved Rachel. Jacob proceeded to do what our parsha tells us not to do. He deprived Reuven, his and Leah’s firstborn, of the birthright, the double portion, and gave it instead to Joseph. To Joseph he said:

Now, your two sons, who were born to you in the land of Egypt before I came to you in Egypt, shall be mine; Ephraim and Manasseh shall be mine no less than Reuben and Simeon.

Later in the same chapter, he says: “I am about to die; but God will be with you and bring you back to the land of your fathers. And now, I assign to you one portion more than to your brothers, which I wrested from the Amorites with my sword and bow” (Gen. 48:21-22). There are many interpretations of this verse, but according to Rashi, “This refers to the birthright, that Joseph’s children should receive two portions when Canaan would be divided amongst the tribes.” Jacob’s other children would receive one portion, while Joseph would receive two, one for each of his sons Ephraim and Manasseh.

It is against this practice that the law in our parsha is directed. That is what is extraordinary. Jacob/Israel is the father of our people. But specifically in this respect, his conduct must not be taken as a precedent. We are forbidden to act as he did.

The Torah is not telling us that Jacob did wrong. There are all sorts of explanations that reconcile his behaviour with later law. Jacob did not keep the Torah except in the land of Israel (Ramban), and his gift of a double portion to Joseph happened in Egypt. We are forbidden to transfer the birthright on grounds of love alone, but we may do so if we believe that the firstborn has significant character deficiencies, which Jacob believed to be true of Reuben (Gen. 49:3-4; Abarbanel).

But the law is telling us something very profound indeed. Love is the highest of emotions. We are commanded to love God with all our heart, soul and might. But it is also, in family contexts, fraught with danger. Love ruined Jacob’s life, time and again: in his relationship with Esau (Isaac loved Esau, Rebecca loved Jacob), in the relationship between Leah and Rachel, and in the relationship between Joseph and his brothers. Love brings joy. It also brings tears. It brings some people close, but makes others feel distanced, rejected.

Therefore, says the Torah, in our command: when love is likely to be the cause of conflict, it must take second place to justice. Love is partial, justice is impartial. Love is for someone specific; justice is for everyone. Love brings personal satisfaction; justice brings social order.

When it comes to the relationship between humans, there is an order of priority. First create justice, then express love. For if we let those priorities be reversed, allowing injustice in the name of love, we will divide and destroy families and groups and suffer the consequences for a long time.

A seemingly minor law about inheritance is in fact a major statement of Jewish values. I believe that Judaism got it right by placing love at the heart of the religious life – love of God, neighbour and stranger – but at the same time recognising that without justice, love will not save us. It may even destroy us.[2]

[1] Significantly, this was not the case when it came to Torah and positions based on it. See Nedarim 81a.
[2] The quote, “Love conquers all,” comes from the Roman poet Virgil. The Prioress in Chaucer’s The Canterbury Tales wears a brooch engraved “Amor Vincit Omnia” (Love conquers all). The Prioress’ Tale is notorious for its antisemitism: it contains a 14th century version of the Blood Libel. This itself should give us pause.