The Parameters of Justice 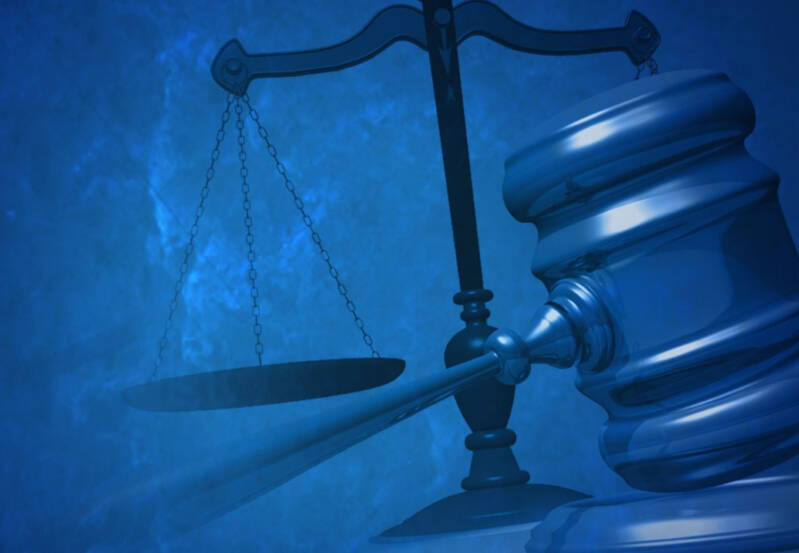 In Deuteronomy 24, we encounter for the first time the explicit statement of a law of far-reaching significance:

We have strong historical evidence as to what this law was excluding, namely vicarious punishment, the idea that someone else may be punished for my crime:

For example, in the Middle Assyrian Laws, the rape of unbetrothed virgin who lives in her father’s house is punished by the ravishing of the rapist’s wife, who also remains thereafter with the father of the victim. Hammurabi decrees that if a man struck a pregnant woman, thereby causing her to miscarry and die, it is the assailant’s daughter who is put to death. If a builder erected a house which collapsed, killing the owner’s son, then the builder’s son, not the builder, is put to death.

We also have inner-biblical evidence of how the Mosaic law was applied. Joash, one of the righteous kings of Judah, attempted to stamp out corruption among the priests, and was assassinated by two of his officials. He was succeeded by his son Amaziah, about whom we read the following:

After the kingdom was firmly in his grasp, he [Amaziah] executed the officials who had murdered his father the king. Yet he did not put the sons of the assassins to death, in accordance with what is written in the Book of the Law of Moses where the Lord commanded: “Fathers shall not be put to death for their children, nor children put to death for their fathers; each is to die for his own sins.”

The obvious question, however, is: how is this principle compatible with the idea, enunciated four times in the Mosaic books, that children may suffer for the sins of their parents?”The Lord, the Lord, the compassionate and gracious God, slow to anger, abounding in love and faithfulness, maintaining love to thousands, and forgiving wickedness, rebellion and sin. Yet He does not leave the guilty unpunished; He punishes the children and their children for the sin of the fathers to the third and fourth generation.” Ex. 34: 7; see also 20:5; Numbers 14: 18; Deut. 5:8)

The short answer is simple: It is the difference between human justice and divine justice. We are not God. We can neither look into the hearts of wrongdoers nor assess the full consequences of their deeds. It is not given to us to execute perfect justice, matching the evil a person suffers to the evil he causes. We would not even know where to begin. How do you punish a dictator responsible for the deaths of millions of people? How do you weigh the full extent of a devastating injury caused by drunken driving, where not only the victim but his entire family are affected for the rest of their lives? How do we assess the degree of culpability of, say, those Germans who knew what was happening during the Holocaust but did or said nothing? Moral guilt is a far more difficult concept to apply than legal guilt.

Human justice must work within the parameters of human understanding and regulation. Hence the straightforward rule: no vicarious punishment. Only the wrongdoer is to suffer, and only after his guilt has been established by fair and impartial judicial procedures. That is the foundational principle set out, for the first time in Deuteronomy 24:16.

However, the issue did not end there. In two later prophets, Jeremiah and Ezekiel, we find an explicit renunciation of the idea that children might suffer for the sins of their parents, even when applied to Divine justice. Here is Jeremiah, speaking in the name of God:

In those days people will no longer say, “The fathers have eaten sour grapes, and the children’s teeth are set on edge.’ Instead, everyone will die for his own sin; whoever eats sour grapes-his own teeth will be set on edge.

The word of the Lord came to me: “What do you people mean by quoting this proverb about the land of Israel: ‘The fathers eat sour grapes, and the children’s teeth are set on edge’? “As surely as I live, declares the Sovereign Lord, you will no longer quote this proverb in Israel. For every living soul belongs to me, the father as well as the son-both alike belong to me. The soul that sins is the one who will die.”

The Talmud (Makkot 24a) raises the obvious question. If Ezekiel is correct, what then happens to the idea of children being punished to the third and fourth generation? Its answer is astonishing:

Said R. Jose ben Hanina: Our master Moses pronounced four [adverse] sentences on Israel, but four prophets came and revoked them … Moses said, “He punishes the children and their children for the sin of the fathers to the third and fourth generation.” Ezekiel came and declared: “The soul that sins is the one who will die.”

Moses decreed: Ezekiel came and annulled the decree! Clearly the matter cannot be that simple. After all, it was not Moses who decreed this, but God Himself. What do the Sages mean?

They mean, I think, this: the concept of perfect justice is beyond human understanding, for the reasons already given. We can never fully know the degree of guilt. Nor can we know the full extent of responsibility. The Mishnah in Sanhedrin (4: 5), says that a witness in capital cases was solemnly warned that if, by false testimony, a person was wrongly sentenced to death, he, the witness, “is held responsible for his [the accused’s] blood and the blood of his [potential] descendants until the end of time.” Nor, when we speak of Providence, is it always possible to distinguish punishment from natural consequence. A drug-addicted mother gives birth to a drug-addicted child. A violent father is assaulted by his violent son. Is this retribution or genetics or environmental influence? When it comes to Divine, as opposed to human justice, we can never reach beyond the most rudimentary understanding, if that.

Two things are clear from God’s words to Moses. First, He is a God of compassion but also of justice – since without justice, there is anarchy, but without compassion, there is neither humanity nor hope. Second, in the tension between these two values, God’s compassion vastly exceeds His justice. The former is forever (“to thousands [of generations]”). The latter is confined to the lifetime of the sinner: the “third and fourth generation” (grandchildren and great-grandchildren) are the limits of posterity one can expect to see in a human lifetime.

What Jeremiah and Ezekiel are talking about is something else. They were speaking about the fate of the nation. Both lived and worked at the time of the Babylonian exile. They were fighting a mood of despair among the people. “What can we do? We are being punished for the sins of our forefathers.” Not so, said the prophets. Each generation holds its destiny in its own hands. Repent, and you will be forgiven, whatever the sins of the past – yours or those who came before you.

Justice is a complex phenomenon, Divine justice infinitely more so. One thing, however, is clear. When it comes to human justice, Moses, Jeremiah and Ezekiel all agree: children may not be punished for the sins of their parents. Vicarious punishment is simply unjust.