Can there be Compassion Without Justice? 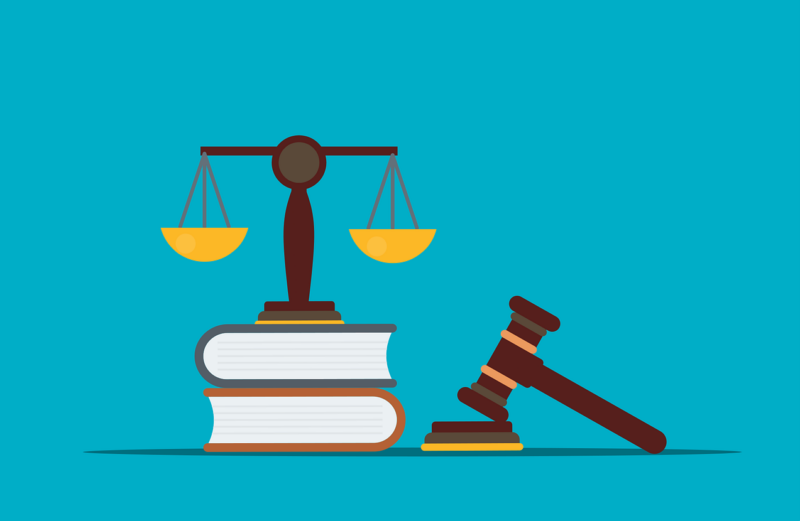 At the height of the drama of the Golden Calf, a vivid and enigmatic scene takes place. Moses has secured forgiveness for the people. But now, on Mount Sinai yet again, he does more. He asks God to be with the people. He asks Him to “teach me Your ways,” and “show me Your glory” (Ex. 33:13, Ex. 33:18). God replies:

God then places Moses in a cleft in the rock face, telling him he will be able to “see My back” but not His face, and Moses hears God say these words:

“The Lord, the Lord, the compassionate and gracious God, slow to anger, abounding in love and faithfulness, maintaining love to thousands, and forgiving wickedness, rebellion and sin. Yet He does not leave the guilty unpunished.

This passage became known as the “Thirteen Attributes of God’s Mercy.”

The Sages understood this episode as the moment in which God taught Moses, and through him all future generations, how to pray when atoning for sin (Rosh Hashanah 17b). Moses himself used these words with slight variations during the next crisis, that of the spies. Eventually they became the basis of the special prayers known as Selichot, prayers of penitence. It was as if God were binding himself to forgive the penitent in each generation by this self-definition.[1] God is compassionate and lives in love and forgiveness. This is an essential element of Jewish faith.

But there is a caveat. God adds: “Yet He does not leave the guilty unpunished.” There is a further clause about visiting the sins of the parents upon the children which demands separate attention and is not our subject here. The caveat tells us that there is forgiveness but also punishment. There is compassion but also justice.

Why so? Why must there be justice as well as compassion, punishment as well as forgiveness? The Sages said:

“When God created the universe He did so under the attribute of justice, but then saw it could not survive. What did He do? He added compassion to justice and created the world.”

This statement prompts the same question. Why did God not abandon justice altogether? Why is forgiveness alone not enough?

Some fascinating recent research in diverse fields from moral philosophy to evolutionary psychology, and from games theory to environmental ethics, provides us with an extraordinary and unexpected answer.

The best point of entry is Garrett Hardin’s famous paper written in 1968 about “the tragedy of the commons.”[2] He asks us to imagine an asset with no specific owner: pasture land that belongs to everyone (the commons), for example, or the sea and the fish it contains. The asset provides a livelihood to many people, the local farmers or fishermen. But eventually it attracts too many people. There is over-pasturing or overfishing, and the resource is depleted. The pasture is at risk of becoming wasteland. The fish are in danger of extinction.[3]

What then happens? The common good demands that everyone from here on must practice restraint. They must limit the number of animals they graze or the number of fish they catch. But some individuals are tempted not to do so. They continue to over-pasture or overfish. They justify to themselves that the gain to them is great and the loss to others is small, since it is divided by many. Self-interest takes precedence over the common good, and if enough people act on these instincts, the result is disaster.

This is the tragedy of the commons, and it explains how environmental catastrophes and other disasters occur. The problem is the free rider, the person who pursues their self-interest without bearing their share of the cost of the common good. Because of the importance of this type of situation to many contemporary problems, they have been intensively studied by mathematical biologists like Anatol Rapoport and Martin Nowak and behavioural economists like Daniel Kahneman and the late Amos Tversky.[4]

One of the things they have done is to create experimental situations that simulate this sort of problem. Here is one example. Four players are each given $8. They are told they can choose to invest as much or as little as they want in a common fund. The experimenter collects the contributions, adds them up, adds 50% (the gain the farmer or fisherman would have made by using the commons), and distributes the sum equally to all four players. So if each contributes the full $8 to the fund, they each receive $12 at the end. But if one player contributes nothing, the fund will total $24, which with 50% added becomes $36. Distributed equally it means that each will receive $9. Three will thus have gained $1, while the fourth, the free rider, will have gained $9.

This, though, is not a stable situation. As the game is played repeatedly, the participants begin to realise there is a free rider among them even if the experiment is structured so that they don’t know who it is. One of two things then tends to happen. Either everyone stops contributing to the fund (i.e. the common good) or they agree, if given the choice, to punish the free rider. Often people are keen to punish, even if it means that they will lose thereby, a phenomenon sometimes called “altruistic punishment.”

Some have linked participants to MRI machines to see which parts of the brain are activated by such games. Interestingly, altruistic punishment is linked to pleasure centres in the brain. As Kahneman puts it:

“It appears that maintaining the social order and the rules of fairness in this fashion is its own reward. Altruistic punishment could well be the glue that holds societies together.”[5]

This, though, is hardly a happy situation. Punishment is bad news for everyone. The offender suffers, but so do the punishers, who have to spend time or money they might otherwise use in improving the collective outcome. And in cross-cultural studies, it turns out to be people from countries where there is widespread free-riding who punish most severely. People are most punitive in societies where there is the most corruption and the least public-spiritedness. Punishment, in other words, is the solution of last resort.

This brings us to religion. A whole series of experiments has shed light on the role of religious practice in such circumstances. Tests have been carried out in which participants have the opportunity to cheat and gain by so doing. If, without any connection being made to the experiment at hand, participants have been primed to think religious thoughts – by being shown words relating to God, for example, or being reminded of the Ten Commandments – they cheat significantly less.[6] What is particularly fascinating about such tests is that outcomes show no relationship to the underlying beliefs of the participants. What makes the difference is not believing in God, but rather being reminded of God before the test. This may well be why daily prayer and other regular rituals are so important. What affects us at moments of temptation is not so much background belief but the act of bringing that belief into awareness.

Of much greater significance have been the experiments designed to test the impact of different ways of thinking about God. Do we think primarily in terms of Divine forgiveness, or of Divine justice and punishment? Some strands within the great faiths emphasise one, others the other. There are hellfire preachers and those who speak in the still, small voice of love. Which is the more effective?

The same applies to societies as a whole. Here the experimenters used terms not entirely germane to Judaism: they compared countries in terms of percentages of the population who believed in heaven and hell. “Nations with the highest levels of belief in hell and the lowest levels of belief in heaven had the lowest crime rates. In contrast, nations that privileged heaven over hell were champions of crime. These patterns persisted across nearly all major religious faiths, including various Christian, Hindu and syncretic religions that are a blend of several belief systems.”[8]

This was so surprising a finding that people asked: in that case, why are there religions that de-emphasise Divine punishment? Azim Shariff offered the following explanation:

“Because though Hell might be better at getting people to be good, Heaven is much better at making them feel good.” So, if a religion is intent on making converts, “it’s much easier to sell a religion that promises a Divine Paradise than one that threatens believers with fire and brimstone.”[9]

It is now clear why, at the very moment He is declaring his compassion, grace and forgiveness, God insists that He does not leave the guilty unpunished. A world without Divine justice would be one where there is more resentment, punishment, and crime, and less public-spiritedness and forgiveness, even among religious believers. The more we believe that God punishes the guilty, the more forgiving we become. The less we believe that God punishes the guilty, the more resentful and punitive we become. This is a totally counterintuitive truth, yet one that finally allows us to see the profound wisdom of the Torah in helping us create a humane and compassionate society.

[1] The Talmud in Rosh Hashanah 17b says that God made a covenant on the basis of these words, binding Himself to forgive those who, in penitence, appealed to these attributes. Hence their centrality in the prayers leading up to Rosh Hashanah and Yom Kippur, and on Yom Kippur itself.

[3] Long before Garrett Hardin, there was an old Hassidic story about a village where the people were asked each to donate an amount of wine to fill a large vat to present to the King on his forthcoming visit to the village. Each villager secretly contributed only water instead of wine, arguing to themselves that such a small dilution would not be noticed in the large gift. The King arrived, the villagers presented him with the vat, he drank from it and said, “It’s just plain water.” I guess many folk traditions have similar stories. This is, in essence, the tragedy of the commons.