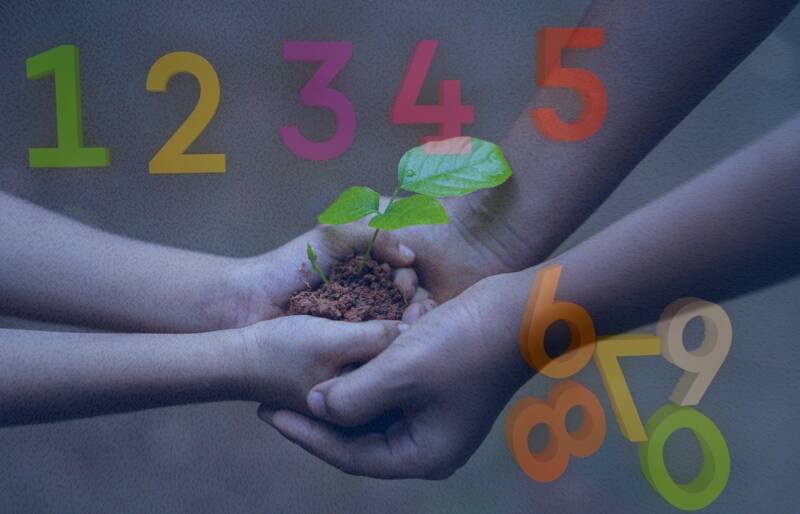 This week’s sedra begins with a strange command:

Evidently, it is dangerous to count Jews. This is confirmed by an episode in II Samuel 24. On one occasion, King David decided to take a census of the people. His Chief of Staff, Joab, strongly advised against it:

But Joab replied to the king, “May the Lord your God multiply the troops a hundred times over, and may the eyes of my lord the king see it. But why does my lord the king want to do such a thing?”

However, David overruled him. Once the census was taken, David began to realise that he had done a great wrong:

David was conscience-stricken after he had counted the fighting men, and he said to the Lord, “I have sinned greatly in what I have done. Now, O Lord, I beg You, take away the guilt of Your servant. I have done a very foolish thing.”

The result, however, was tragedy. A plague struck the people, taking many lives. There is a tantalising mystery here. Why is it dangerous to count Jews? The commentators offered many suggestions. Rashi says that counting is fraught with the danger of “the evil eye”. Rabbenu Bachya suggests that when people are being counted, they are numbered one by one rather than all together. For a moment they are individuals, separated from the community. Hence the danger that an individual’s merit may not be sufficiently great to save him from adverse judgement. Sforno says that a census reminds us of change; it draws attention both to those who have died and those who are still alive. This too is dangerous, since it raises the question: by what right am I here and others not? To avert this we must give, by way of ransom, a gift to the Temple and its Divine service.

If only by way of Midrash, and with no suggestion that this is the plain sense of the verse, there is another possibility. Why do nations normally take a census of their population? To establish their strength: military (the number of people who can be conscripted into an army), economic (the number from whom taxes can be raised) or simply demographic (the numerical growth or decline of the nation). The assumption beneath every census is: there is strength in numbers. The more numerous a people, the stronger it is.

That is why it is dangerous to count Jews. We are a tiny people. The late Milton Himmelfarb once wrote that the total population of Jews throughout the world is smaller than a small statistical error in the Chinese census. We are a fifth of a per cent of the population of the world: by any normal standards too small to be significant. Nor is this true only now. It was then. In one of his concluding addresses in Deuteronomy, Moses said:

The Lord did not set his affection on you and choose you because you were more numerous than other peoples, for you are the fewest of all peoples.

The danger in counting Jews is that if they believed, even for a moment, that there is strength in numbers, the Jewish people would long ago have given way to despair.

How then do you estimate the strength of the Jewish people? To this the Torah gives an answer of surpassing beauty. Ask Jews to give, and then count their contributions. Numerically we are small, but in terms of our contributions to civilisation and humankind, we are vast.

Think only of the makers of modern thought: in physics, Einstein; in philosophy, Wittgenstein; in sociology, Durkheim; in anthropology, Levi-Strauss; in psychiatry, Freud; in economics, a whole string of great thinkers from David Ricardo to Milton Friedman to Alan Greenspan to Joe Stiglitz (including 40 per cent of the winners of the Nobel Prize for economics). In literature, there were writers from Proust to Kafka to Agnon to Isaac Bashevis Singer; in music, classical composers like Mahler and Schoenberg, popular composers like Irving Berlin and George Gershwin, as well as some of the world’s greatest soloists and conductors. Jews have won 48 Nobel prizes in medicine. They have made an outstanding contribution to law (in Britain, where they are one-half of a percent of the population, they contributed two of the last three Lord Chief Justices, the highest judicial office in the land). And all this without mentioning the Jewish contribution to industry, finance, academic life, the media, and politics (under John Major, at one time both the Home Secretary and Foreign Secretary were Jews).

But it is, of course, the Jewish contribution to the life of the spirit that is not only unique but shaped the entire course of Western civilisation. Somehow this tiny people produced an unceasing flow of patriarchs, priests, poets and prophets, masters of halachah and aggadah, codifiers and commentators, philosophers and mystics, Sages and saints in a way that almost defies comprehension. It was not once that the Jewish imagination caught fire, but in century after century, sometimes under the worst persecution known to any nation on earth. Time and again, in the wake of tragedy, the Jewish people renewed itself in a burst of creativity. The destruction of the First Temple gave rise to systematic Torah study in Babylon. The destruction of the Second precipitated the great literature of the Oral tradition: Midrash, Mishnah and Gemara. Encounters with Karaites, and later, Christians, produced the great Torah commentaries. The challenge of Islamic neo-Platonism and neo-Aristotelianism provoked one of the great ages of Jewish philosophy.

If you want to know the strength of the Jewish people, ask them to give, and then count the contributions. That is the majestic idea at the opening of this week’s sedra.

Nor is this mere conjecture. There is one episode in the Book of Judges (chapters 6-7) that epitomises this dazzling truth. The Israelites had suffered a devastating series of attacks from the Midianites. God called on a warrior, Gideon, and told him to wage war against them. Gideon duly assembled an army of 32,000 men. God responded with what must surely be one of the strangest lines in history: “You have too many men for me to deliver Midian into their hands” (Judges 7:2). God tells Gideon to announce that anyone who wishes to go home should go home. 22,000 men did so; now a mere 10, 000 remained. God said: There are still too many men.

He told Gideon to take the men to a place of water and observe how they drank. 9,700 kneeled down to the water to drink it directly. A mere 300 cupped the water in their hands and stayed standing. God told Gideon to dismiss the 9,700, leaving a mere 300 troops, an absurdly small number for any military engagement, let alone a war against a powerful enemy. Only then did God say to Gideon: “With the three hundred men that lapped I will save you and give the Midianites into your hands.” (Judges 7:7). Mounting a surprise attack at night, and using ingenious tactics to suggest the presence of a large army, Gideon struck and won.

Clearly this is not just a story about war. Tanach is a religious text, not a military one. What God was saying to Gideon – what tacitly He has been saying to us and our ancestors for forty centuries – is that to win the Jewish battle, the battle of the spirit, the victory of heart, mind and soul, you do not need numbers. You need dedication, commitment, study, prayer, vision, courage, ideals, hope. You need a people who are instinctively inclined to give, to contribute. Give, then count the contributions: the finest way ever devised to measure the strength of a people.