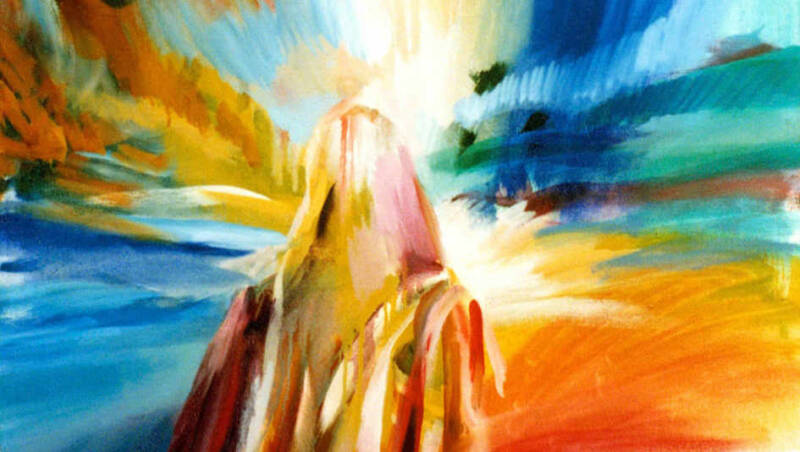 Kol Nidre, the prayer said at the beginning of Yom Kippur, is an enigma wrapped in a mystery, perhaps the strangest text ever to capture the religious imagination. First, it is not a prayer at all. It is not even a confession. It is a dry legal formula for the annulment of vows. It is written in Aramaic. It does not mention God. It is not part of the service. It does not require a synagogue. And it was disapproved of, or at least questioned, by generations of halachic authorities.

The first time we hear of Kol Nidre, in the eighth century, it is already being opposed by Rav Natronai Gaon, the first of many Sages throughout the centuries who found it problematic. In his view, one cannot annul the vows of an entire congregation this way. Even if one could, one should not, since it may lead people to treat vows lightly. Besides which, there has already been an annulment of vows ten days earlier, on the morning before Rosh Hashanah. This is mentioned explicitly in the Talmud (Nedarim 23b). There is no mention of an annulment on Yom Kippur.

Rabbeinu Tam, Rashi’s grandson, was particularly insistent in arguing that the kind of annulment Kol Nidre represents cannot be retroactive. It cannot apply to vows already taken. It can only be a pre-emptive qualification of vows in the future. Accordingly he insisted on changing its wording, so that Kol Nidre refers not to vows from last year to this, but from this year to next.

However, perhaps because of this, Kol Nidre created hostility on the part of non-Jews, who said it showed that Jews did not feel bound to honour their promises since they vitiated them on the holiest night of the year. In vain it was repeatedly emphasised that Kol Nidre applies only to vows between us and God, not those between us and our fellow humans. Throughout the Middle Ages, and in some places until the eighteenth century, in lawsuits with non-Jews, Jews were forced to take a special oath, More Judaica, because of this concern.

So there were communal and halachic reasons not to say Kol Nidre, yet it survived all the doubts and misgivings. It remains the quintessential expression of the awe and solemnity of the day. Its undiminished power defies all obvious explanations. Somehow it seems to point to something larger than itself, whether in Jewish history or the inner heartbeat of the Jewish soul.

Several historians have argued that it acquired its pathos from the phenomenon of forced conversions, whether to Christianity or Islam, that occurred in several places in the Middle Ages, most notably Spain and Portugal in the fourteenth and fifteenth century. Jews would be offered the choice: convert or suffer persecution. Sometimes it was: convert or be expelled. At times it was even: convert or die. Some Jews did convert. They were known in Hebrew as anusim (people who acted under coercion). In Spanish they were known as conversos, or contemptuously as marranos (swine).

Many of them remained Jews in secret, and once a year on the night of Yom Kippur they would make their way in secret to the synagogue to seek release from the vows they had taken to adopt to another faith, on the compelling grounds that they had no other choice. For them, coming to the synagogue was like coming home, the root meaning of teshuvah.

There are obvious problems with this hypothesis. Firstly, Kol Nidre was in existence several centuries before the era of forced conversions. So historian Joseph S. Bloch suggested that Kol Nidre may have originated in the much earlier Christian persecution of Jews in Visigoth Spain, when in 613 Sisebur issued a decree that all Jews should either convert or be expelled, anticipating the Spanish expulsion of 1492. Even so, it is unlikely that conversos would have taken the risk of being discovered practising Judaism. Had they done so during the centuries in which the Inquisition was in force they would have risked torture, trial and death. Moreover, the text of Kol Nidre makes no reference, however oblique, to conversion, return, identity, or atonement. It is simply an annulment of vows.

So the theories as they stand do not satisfy.

However it may be that Kol Nidre has a different significance altogether, one that has its origin in a remarkable rabbinic interpretation of this week’s parsha. The connection between it and Yom Kippur is this: less than six weeks after the great revelation at Mount Sinai, the Israelites committed what seemed to be the unforgivable sin of making a Golden Calf. Moses prayed repeatedly for forgiveness on their behalf and eventually secured it, descending from Mount Sinai on the Tenth of Tishrei with a new set of tablets to replace those he had smashed in anger at their sin. The tenth of Tishrei subsequently became Yom Kippur, the day of atonement, in memory of that moment when the Israelites saw Moses with the new tablets and knew they had been forgiven.

Moses’ prayers, as recorded in the Torah, are daring. But the Midrash makes them more audacious still. The text introducing Moses’ prayer begins with the Hebrew words, Vayechal Moshe (Ex. 32:11). Normally these are translated as “Moses besought, implored, entreated, pleaded, or attempted to pacify” God. However the same verb is used in the context of annulling or breaking a vow (Num. 30:3). On this basis the Sages advanced a truly remarkable interpretation:

[Vayechal Moshe means] “Moses absolved God of His vow.” When the Israelites made the Golden Calf, Moses sought to persuade God to forgive them, but God said, “I have already taken an oath that Whoever sacrifices to any god other than the Lord must be punished (Ex. 22:19). I cannot retract what I have said.” Moses replied, “Lord of the universe, You have given me the power to annul oaths, for You taught me that one who takes an oath cannot break their word but a scholar can absolve them. I hereby absolve You of Your vow” (abridged from Exodus Rabbah 43:4).

According to the Sages the original act of Divine forgiveness on which Yom Kippur is based came about through the annulment of a vow, when Moses annulled the vow of God. The Sages understood the verse, “Then the Lord relented from the evil He had spoken of doing to His people” (Ex. 32:14) to mean that God expressed regret for the vow He had taken – a precondition for a vow to be annulled.

Why would God regret His determination to punish the people for their sin? On this, another Midrash offers an equally radical answer. The opening word of Psalm 61 is la–menatzeach. When this word appears in Psalms it usually means, “To the conductor, or choirmaster.” However the Sages interpreted it to mean, “To the Victor,” meaning God, and added this stunning commentary:

To the Victor who sought to be defeated, as it is said (Isaiah 57:16), “I will not accuse them forever, nor will I always be angry, for then they would faint away because of Me— the very people I have created.” Do not read it thus, but, “I will accuse in order to be defeated.” How so? Thus said the Holy One, blessed be He, “When I win, I lose, and when I lose I gain. I defeated the generation of the Flood, but did I not lose thereby, for I destroyed My own creation, as it says (Gen. 7:23), “Every living thing on the face of the earth was wiped out.” The same happened with the generation of the Tower of Babel and the people of Sodom. But in the days of Moshe who defeated Me (by persuading Me to forgive the Israelites whom I had sworn to destroy), I gained for I did not destroy Israel.[1]

God wants His forgiveness to override His justice, because strict justice hurts humanity, and humanity is God’s creation and carries His image. That is why He regretted His vow and allowed Moses to annul it. That is why Kol Nidre has the power it has. For it recalls the Israelites’ worst sin, the Golden Calf, and their forgiveness, completed when Moses descended the mountain with the new tablets on the 10th Tishrei, the anniversary of which is Yom Kippur. The forgiveness was the result of Moses’ daring prayer, understood by the Sages as an act of annulment of vows. Hence Kol Nidre, a formula for the annulment of vows.

The power of Kol Nidre has less to do with forced conversions than with a recollection of the moment, described in our parsha, when Moses stood in prayer before God and achieved forgiveness for the people: the first time the whole people was forgiven despite the gravity of their sin. During Musaf on Yom Kippur we describe in detail the second Yom Kippur: the service of the High Priest, Aharon, as described in Vayikra 16. But on Kol Nidre we recall the first Yom Kippur when Moses annulled the Almighty’s vow, letting His compassion override His justice, the basis of all Divine forgiveness.

I believe we must always strive to fulfil our promises. If we fail to keep our word, eventually we lose our freedom. But given the choice between justice and forgiveness, choose forgiveness. When we forgive and are worthy of being forgiven, we are liberated from a past we regret, to build a better future.