The Birth of a New Freedom 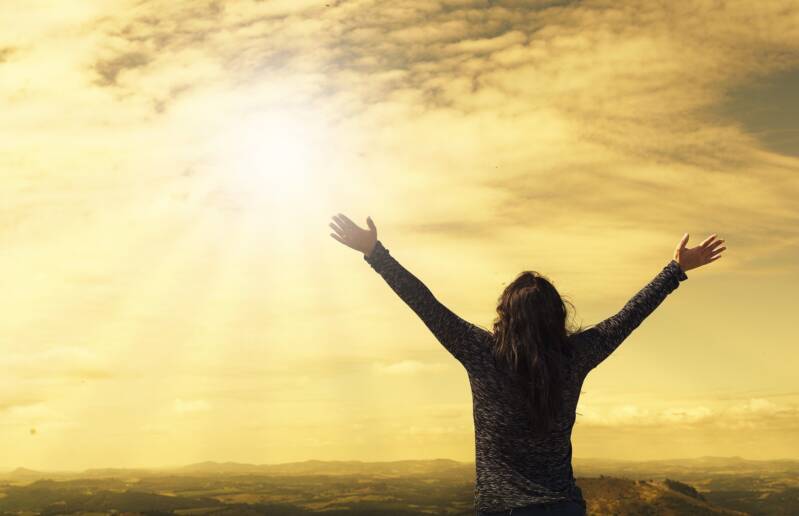 Witnessing the birth of a new idea is a little like watching the birth of a galaxy through the Hubble Space Telescope. We can witness just such an event in a famous rabbinical commentary to a key verse in this week’s parsha.

The way to see it is to ask the question: what is the Hebrew word for freedom? Instinctively, we answer cherut. After all, we say that God brought us me-avdut le-cherut, “from slavery to freedom.”

We call Pesach, the Festival of freedom, zeman cheruteinu. So it comes as a surprise to discover that not once does the Torah, or Tanach as a whole, use the word cherut in the sense of freedom, and only once does it use the word, or at least the related word charut, in any sense whatever.

There are two biblical words for freedom. One is chofshi/chofesh, used in connection with the freeing of slaves (as in Ex. 21:2). That too is the word used in Israel’s national anthem, Hatikvah, which speaks about “the two-thousand-year hope to be a free people [am chofshi] in our land.”

The other is dror, used in connection with the Jubilee year, engraved on the Liberty Bell in Philadelphia

“Proclaim liberty [dror] throughout all the land unto all the inhabitants thereof.”

“to bind up the broken-hearted, to proclaim freedom [dror] for the captives.”

However, the Sages coined a new word. Here is the passage in which it occurs: It says,

“The Tablets were the work of God, and the writing was the writing of God, engraved [charut] on the tablets” (Ex. 32:16). Read not charut, “engraved” but cherut, “freedom,” for the only person who is truly free is one who occupies himself with Torah study.

The reference is to the first tablets given by God to Moses just before the sin of the golden calf. This is the only appearance in Tanach of root ch-r-t (with a tav), but a related word, ch-r-t (with a tet) appears in the story of the golden calf itself, when the Torah tells us that Aaron shaped it with a cheret, an “engraving tool.” The Egyptian magicians are called chartumim, which may mean “engravers of hieroglyphics.” So how did a word that means “engraved” come to mean “freedom”?

Besides which, why was a new term for freedom needed? If the Hebrew language already had two, why was a third necessary? And why this word – engraved? To answer these questions, let us engage in some conceptual archaeology.

Chofesh/chofshi is what a slave becomes when he or she goes free. It means that he can do what he likes. There is no one to order him around. The word is related to chafetz, “desire” and chapess, “seek”. Chofesh is the freedom to pursue your desires. It is what philosophers call negative liberty. It means the absence of coercion.

Chofesh is fine for individual freedom. But it does not constitute collective freedom. A society in which everyone was free to do what they liked would not be a free society. It would be, at best, like the society we saw on the streets of London and Manchester in the summer of 2011, with people breaking shop windows, looting and assaulting strangers.

More likely it would be what failed states are today: a society without the rule of law, with no effective government, honest police, or independent courts. It would be what Hobbes called “the war of every man against every man” in which life would be “nasty, brutish and short.” Something like this is referred to in the last verse of the book of Judges: “In those days there was no king in Israel; everyone did that which was right in his own eyes.”

A free society needs law. But law is a constraint on freedom. It forbids me to do something I might wish to do. How then are we to reconcile law and liberty? That is a question at the heart of Judaism – which is a religion of both law and liberty.

To answer this, the Sages made an extraordinary leap of the imagination. Consider two forms of writing in ancient times. One is to use ink on parchment, another is to engrave words in stone. There is a marked difference between these two methods.

The ink and parchment are two different materials. The ink is external to the parchment. It is superimposed upon it, and it does not become part of the parchment. It remains distinct, and so it can be rubbed off and removed. But an engraving does not use some new substance. It is carved out of the stone itself. It becomes part of it, and cannot easily be obliterated.

Now consider these two ways of writing as metaphors for law. There is a law that is externally imposed. People keep it because they fear that if they do not, they will be caught and punished. But if there is no chance that they will be caught, they make break it, for the law has not changed their desires. That kind of law – imposed on us like ink on parchment – is a limitation of freedom.

But there can be a different kind of society in which people keep the law not because they fear they will be caught and punished, but because they know the law, they have studied it, they understand it, they have internalised it, and it has become part of who they are. They no longer desire to do what the law forbids because they now know it is wrong and they wrestle with their own temptations and desires. Such a law needs no police because it is based not on external force but on internal transformation through the process of education. The law is like writing engraved in stone.

Imagine such a society. You can walk in the streets without fear. You don’t need high walls and alarms to keep your home safe. You can leave your car unlocked and still expect to find it there when you return. People keep the law because they care about the common good. That is a free society.

Now imagine the other kind of society, which needs a heavy police presence, constant surveillance, neighbourhood watch schemes, security devices and personnel, and still people are afraid to walk alone at night. People think they are free because they have been taught that all morality is relative, and you can do what you like so long as you do not harm others. No one who has seen such a society can seriously believe it is free. Individuals may be free, but society as a whole has to be on constant guard because it is at constant risk. It is a society with little trust and much fear.

Hence the brilliant new concept that emerged in rabbinic Judaism: cherut, the freedom that comes to a society – of which Jews were called on to be pioneers – where people not only know the law but study it constantly until it is engraved on their hearts as the commandments were once engraved on stone. That is what the Sages meant when they said, “Read not charut, engraved, but cherut, freedom, for the only person who is truly free is one who occupies himself with Torah study.” In such a society you keep the law because you want to, because having studied the law you understand why it is there. In such a society there is no conflict between law and freedom.

Where did the Sages get this idea from? I believe it came from their deep understanding of what Jeremiah meant when he spoke of the renewed covenant that would come into being once Jews returned after the Babylonian exile. The renewed covenant,

Many centuries later Josephus recorded that this had actually happened. “Should anyone of our nation be asked about our laws, he will repeat them as readily as his own name. The result of our thorough education in our laws from the very dawn of intelligence is that they are, as it were, engraved on our souls.”

To this day many still do not fully understand this revolutionary idea. People still think that a free society can be brought about simply by democratic elections and political structures. But democracy, as Alexis de Tocqueville said long ago, may simply turn out to be “the tyranny of the majority.”

Freedom is born in the school and the house of study. That is the freedom still pioneered by the people who, more than any other, have devoted their time to studying, understanding and internalising the law. What is the Jewish people? A nation of constitutional lawyers. Why? Because only when the law is engraved on our souls can we achieve collective freedom without sacrificing individual freedom. That is cherut ­–Judaism’s great contribution to the idea and practice of liberty.