The Sabbath: First Day Or Last? 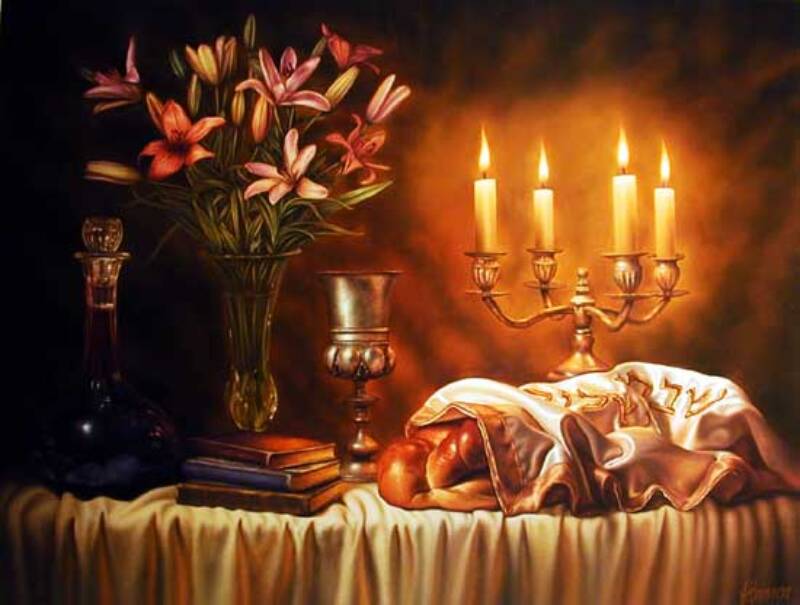 There are halakhic and theological implications. First, according to Jewish tradition, the juxtaposition was intended to establish the rule that the Sabbath overrides the making of the Tabernacle. Not only is the seventh day a time when secular work comes to an end. It also brings rest from the holiest of labours: making a house for God. Indeed, the oral tradition defined ‘work’ – melakhah, that which is prohibited on the Sabbath – in terms of the thirty-nine activities involved in making the sanctuary.

At a more metaphysical level, the Sanctuary mirrors – is the human counterpart to – the Divine creation of the universe (for the precise linguistic parallels between Exodus and Genesis, see Covenant and Conversation, Terumah). Just as Divine Creation culminates in the Sabbath, so too does human creation. The sanctity of place takes second position to the holiness of time (on this, see A. J. Heschel’s famous book, The Sabbath).

However, there is one marked difference between the account of God’s instruction to build the Sanctuary, and Moses instruction to the people. In the first case, the command of the Sabbath appears at the end, after the details of the construction. In the second, it appears at the beginning, before the details. Why so?
The Talmud, in the tractate of Shabbat (69b), raises the following question: what happens if you are far away from human habitation and you forget what day it is. How do you observe the Sabbath? The Talmud offers two answers:

R. Huna said: if one is travelling on a road or in the wilderness and does not know when it is the Sabbath, he must count six days [from the day he realises he has forgotten] and observe one. R. Hiyya b. Rav said: he must observe one, and then count six [week] days. On what do they differ? One master holds that it is like the world’s creation. The other holds that it is like [the case of] Adam.

When it comes to Divine creation, there is no gap between intention and execution. God spoke, and the world came into being. In relation to God, Isaiah says:

I make known the end from the beginning,
from ancient times, what is still to come.
I say: My purpose will stand,
and I will do all that I please.

God knows in advance how things will turn out. With human beings, it is otherwise. Often, we cannot see the outcome at the outset. A great novelist may not know how the story will turn out until he has written it, nor a composer, a symphony, nor an artist, a painting. Creativity is fraught with risk. All the more so is it with human history. The ‘law of unintended consequences’ tells us that revolutions rarely turn out as planned. Policies designed to help the poor may have the opposite effect. Hayek coined the phrase ‘the fatal conceit’ for what he saw as the almost inevitable failure of social engineering – the idea that you can plan human behaviour in advance. You can’t.

One alternative is simply to let things happen as they will. This kind of resignation, however, is wholly out of keeping with the Judaic view of history. The Sages said: ‘Wherever you find the word vayehi [‘and it came to pass’] it is always a prelude to tragedy.’ When things merely come to pass, they rarely have a happy ending.
The other solution – unique, as far as I know, to Judaism – is to reveal the end at the beginning. That is the meaning of the Sabbath. The Sabbath is not simply a day of rest. It is an anticipation of ‘the end of history’, the Messianic age. On it, we recover the lost harmonies of the Garden of Eden. We do not strive to do; we are content to be. We are not permitted to manipulate the world; instead, we celebrate it as God’s supreme work of art. We are not allowed to exercise power or dominance over other human beings, nor even domestic animals. Rich and poor inhabit the Sabbath alike, with equal dignity and freedom.

No utopia has ever been realised (the word ‘utopia’ itself means ‘no place’) – with one exception: ‘the world to come’. The reason is that we rehearse it every week, one day in seven. The Sabbath is a full dress rehearsal for an ideal society that has not yet come to pass, but will do, because we know what we are aiming for – because we experienced it at the beginning.

Nowadays, scientists call this the ‘anthropic principle’, the finding that the laws of physics and chemistry are finely tuned for the emergence of life. Just so did the Tabernacle have to be exact in its construction and dimensions. The building of the Tabernacle was a symbolic prototype of the building of a society. Just as it was an earthly home for the Divine presence, so would society become if the Israelites honoured God’s laws.

The ultimate end of such a society is the harmony of existence that we have not yet experienced, living as we do in a world of work and striving, conflict and competition. God, however, wanted us to know what we were aiming at, so that we would not lose our way in the wilderness of time. That is why, when it came to the human execution of the building, the Sabbath came first, even though in global terms, the ‘Sabbath of history’ (the Messianic age, the world to come) will come last. God ‘made known the end at the beginning’ – the fulfilled rest that follows creative labour; the peace that will one day take the place of strife – so that we would catch a glimpse of the destination before beginning the journey.

Only those who know where they are travelling to will get there, however fast or slow they go.