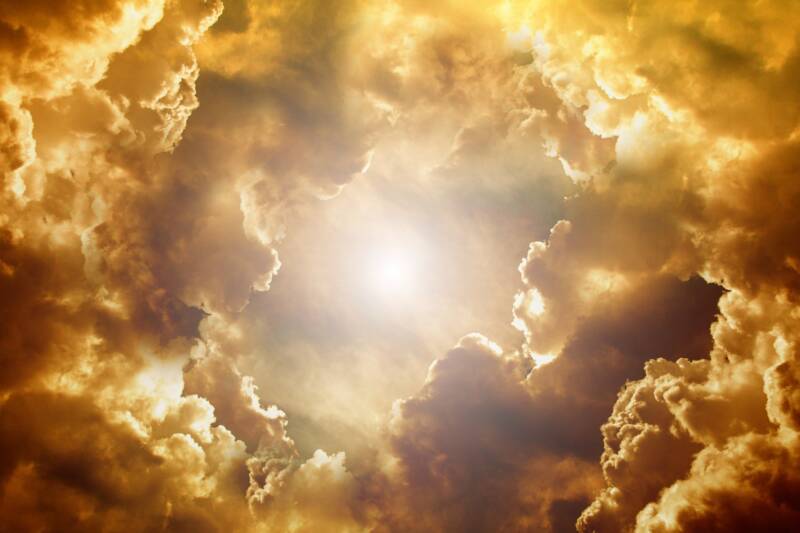 Framing the epic events of this week’s sedra are two objects – the two sets of Tablets, the first given before, the second after, the sin of the Golden Calf. Of the first, we read:

These were perhaps the holiest object in history: from beginning to end, the work of God. Yet within hours they lay shattered, broken by Moses when he saw the calf and the Israelites dancing around it.

The second Tablets, brought down by Moses on the tenth of Tishri, were the result of his prolonged plea to God to forgive the people. This is the historic event that lies behind Yom Kippur (tenth of Tishri), the day marked in perpetuity as a time of favour, forgiveness and reconciliation between God and the Jewish people. The second Tablets were different in one respect. They were not wholly the work of God:

Carve out two stone Tablets like the first ones, and I will write on them the words that were on the first Tablets, which you broke.

Hence the paradox: the first Tablets, made by God, did not remain intact. The second Tablets, the joint work of God and Moses, did. Surely the opposite should have been true: the greater the holiness, the more eternal. Why was the more holy object broken while the less holy stayed whole? This is not, as it might seem, a question specific to the Tablets. It is, in fact, a powerful example of a fundamental principle in Jewish spirituality.

Yet there is another difference between them, in the opposite direction. An “awakening from above” may change nature, but it does not, in and of itself, change human nature. In it, no human effort has been expended. Those to whom it happens are passive. While it lasts, it is overwhelming; but only while it lasts. Thereafter, people revert to what they were. An “awakening from below”, by contrast, leaves a permanent mark.

Because human beings have taken the initiative, something in them changes. Their horizons of possibility have been expanded. They now know they are capable of great things, and because they did so once, they are aware that they can do so again. An awakening from above temporarily transforms the external world; an awakening from below permanently transforms our internal world. The first changes the universe; the second changes us.

Two Examples. The first: Before and after the division of the Red Sea, the Israelites were confronted by enemies: before, by the Egyptians, after by the Amalekites. The difference is total.

Before the Red Sea, the Israelites were commanded to do nothing:

“Stand still and you will see the deliverance God will bring you today . . . God will fight for you; you need only be still.”

Facing the Amalekites, however, the Israelites themselves had to fight:”Moses said to Joshua, ‘Choose men and go out and fight the Amalekites.”

The first was an “awakening from above”, the second an “awakening from below.”The difference was palpable. Within three days after the division of the Sea, the greatest of all miracles, the Israelites began complaining again (no water, no food). But after the war against the Amalekites, the Israelites never again complained when facing conflict (the sole exception – when the spies returned and the people lost heart – was when they relied on hearsay testimony, not on the immediate prospect of battle itself). The battles fought for us do not change us; the battles we fight, do.

The second example: Mount Sinai and the Tabernacle. The Torah speaks about these two revelations of “God’s glory” in almost identical terms:

The difference between them was that the sanctity of Mount Sinai was momentary, while that of the Tabernacle was permanent (at least, until the Temple was built, centuries later). The revelation at Sinai was an “awakening from above”. It was initiated by God. So overwhelming was it that the people said to Moses, “Let God not speak to us any more, for if He does, we will die” (Shemot 20:16). By contrast, the Tabernacle involved human labour. The Israelites made it; they prepared the structured space the Divine Presence would eventually fill. Forty days after the revelation at Sinai, the Israelites made a Golden Calf. But after constructing the sanctuary they made no more idols – at least until they entered the land. That is the difference between the things that are done for us and the things we have a share in doing ourselves. The former change us for a moment, the latter for a lifetime.

The difference between the Written and Oral Torah is profound. The first is the word of God, with no human contribution. The second is a partnership – the word of God as interpreted by the mind of man. The following are two of several remarkable passages to this effect:

R. Judah said in the name of Shmuel: Three thousand traditional laws were forgotten during the period of mourning for Moses. They said to Joshua: “Ask” (through ruach hakodesh, the holy spirit). Joshua replied, “It is not in heaven.” They said to Samuel, “Ask.” He replied, “These are the commandments – implying that no prophet has the right to introduce anything new.” (B.T. Temurah 16a) “If a thousand prophets of the stature of Elijah and Elisha were to give one interpretation of a verse, and one thousand and one Sages were to offer a different interpretation, we follow the majority: the law is in accordance with the thousand-and-one Sages and not in accordance with the thousand prophets.”

Maimonides, Commentary to the Mishneh, Introduction

Any attempt to reduce the Oral Torah to the Written – by relying on prophecy or Divine communication – mistakes its essential nature as the collaborative partnership between God and man, where revelation meets interpretation. Thus, the difference between the two precisely mirrors that between the first and second Tablets. The first were Divine, the second the result of Divine-human collaboration. This helps us understand a glorious ambiguity. The Torah says that at Sinai the Israelites heard a “great voice velo yasaf” (Deut. 5:18). Two contradictory interpretations are given of this phrase. One reads it as “a great voice that was never heard again”, the other as “a great voice that did not cease” – i.e. a voice that was always heard again. Both are true. The first refers to the Written Torah, given once and never to be repeated. The second applies to the Oral Torah, whose study has never ceased.

It also helps us understand why it was only after the second Tablets, not the first, that “When Moses came down from Mount Sinai with the two Tablets of Testimony in his hands, he was unaware that his face was radiant because he had spoken with God” (Shemot 34:29). Receiving the first Tablets, Moses was passive. Therefore, nothing in him changed. For the second, he was active. He had a share in the making. He carved the stone on which the words were to be engraved. That is why he became a different person. His face shone.

In Judaism, the natural is greater than the supernatural in the sense that an “awakening from below” is more powerful in transforming us, and longer-lasting in its effects, than is an “awakening from above.” That was why the second Tablets survived intact while the first did not. Divine intervention changes nature, but it is human initiative – our approach to God – that changes us.