A Palace in Flames 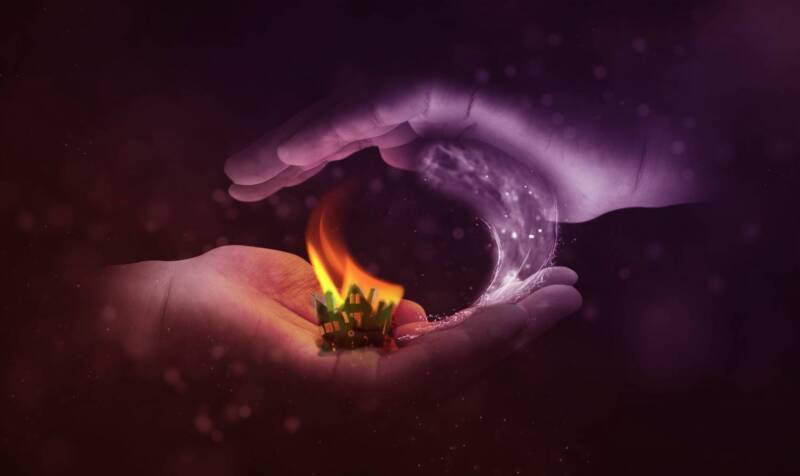 A Palace in Flames

Why Abraham? That is the question that haunts us when we read the opening of this week’s parsha. Here is the key figure in the story of our faith, the father of our nation, the hero of monotheism, held holy not only by Jews but by Christians and Muslims also. Yet there seems to be nothing in the Torah’s description of his early life to give us a hint as to why he was singled out to be the person to whom God said, “I will make you into a great nation … and all peoples on earth will be blessed through you.”

This is surpassingly strange. The Torah leaves us in no doubt as to why God chose Noah: “Noah was a righteous man, blameless in his generations; Noah walked with God.” It also gives us a clear indication as to why God chose Moses. We see him as a young man, both in Egypt and Midian, intervening whenever he saw injustice, whoever perpetrated it and whoever it was perpetrated against. God told the prophet Jeremiah, “Before I formed you in the womb I knew you; before you were born I set you apart; I have appointed you as a Prophet to the nations.” These were obviously extraordinary people. There is no such intimation in the case of Abraham. So the Sages, commentators, and philosophers through the ages were forced to speculate, to fill in the glaring gap in the narrative, offering their own suggestions as to what made Abraham different.

There are three primary explanations. The first is Abraham the Iconoclast, the breaker of idols. This is based on a speech by Moses’ successor, Joshua, towards the end of the book that bears his name. It is a passage given prominence in the Haggadah on Seder night: “Long ago your ancestors, including Terah the father of Abraham and Nahor, lived beyond the Euphrates River and worshipped other gods” (Josh. 24:2). Abraham’s father Terah was an idol worshipper. According to the Midrash, he made and sold idols. One day Abraham smashed all the idols and left, leaving the stick with which he did so in the hand of the biggest idol. When his father returned and queried who had broken his gods, Abraham blamed the biggest idol. “Are you making fun of me?” demanded his father. “Idols cannot do anything.” “In that case,” asked the young Abraham, “why do you worship them?”

On this view, Abraham was the first person to challenge the idols of the age. There is something profound about this insight. Jews, believers or otherwise, have often been iconoclasts. Some of the most revolutionary thinkers – certainly in the modern age – have been Jews. They had the courage to challenge the received wisdom, think new thoughts and see the world in unprecedented ways, from Einstein in physics to Freud in psychoanalysis to Schoenberg in music, to Marx in economics, and Amos Tversky and Daniel Kahneman in behavioural economics. It is as if, deep in our cultural intellectual DNA, we had internalised what the Sages said about Abraham ha-Ivri, “the Hebrew,” that it meant he was on one side and all the rest of the world on the other.[1]

The second view is set out by Maimonides in the Mishnah Torah: Abraham the Philosopher. In an age when people had lapsed from humanity’s original faith in one God into idolatry, one person stood against the trend, the young Abraham, still a child: “As soon as this mighty man was weaned he began to busy his mind … He wondered: How is it possible that this planet should continuously be in motion and have no mover? … He had no teacher, no one to instruct him … until he attained the way of truth … and knew that there is One God … When Abraham was forty years old he recognised his Creator.”[2] According to this, Abraham was the first Aristotelian, the first metaphysician, the first person to think his way through to God as the force that moves the sun and all the stars.

This is strange, given the fact that there is very little philosophy in Tanach, with the exception of wisdom books like Proverbs, Kohelet and Job. Maimonides’ Abraham can sometimes look more like Maimonides than Abraham. Yet of all people, Friedrich Nietzsche, who did not like Judaism very much, wrote the following:

Europe owes the Jews no small thanks for making people think more logically and for establishing cleanlier intellectual habits… Wherever Jews have won influence they have taught men to make finer distinctions, more rigorous inferences, and to write in a more luminous and cleanly fashion; their task was ever to bring a people “to listen to raison.”[3]

The explanation he gave is fascinating. He said that only in the arena of reason did Jews face a level playing-field. Everywhere else, they encountered race and class prejudice. “Nothing,” he wrote, “is more democratic than logic.” So Jews became logicians, and according to Maimonides, it began with Abraham.

However there is a third view, set out in the Midrash on the opening verse of our parsha:

“The Lord said to Abram: Leave your land, your birthplace and your father’s house . . .” To what may this be compared? To a man who was travelling from place to place when he saw a palace in flames. He wondered, “Is it possible that the palace lacks an owner?” The owner of the palace looked out and said, “I am the owner of the palace.” So Abraham our father said, “Is it possible that the world lacks a Ruler?” The Holy One, blessed be He, looked out and said to him, “I am the Ruler, the Sovereign of the Universe.”

This is an enigmatic Midrash. It is far from obvious what it means. In my book A Letter in the Scroll (published in Britain as Radical Then, Radical Now) I argued that Abraham was struck by the contradiction between the order of the universe – the palace – and the disorder of humanity – the flames. How, in a world created by a good God, could there be so much evil? If someone takes the trouble to build a palace, do they leave it to the flames? If someone takes the trouble to create a universe, does He leave it to be disfigured by His own creations? On this reading, what moved Abraham was not philosophical harmony but moral discord. For Abraham, faith began in cognitive dissonance. There is only one way of resolving this dissonance: by protesting evil and fighting it.

The answer is that evil exists because God gave humans the gift of freedom. Without freedom, we would not disobey God’s laws. But at the same time, we would be no more than robots, programmed to do whatever our Creator designed us to do. Freedom and its misuse are the theme of Adam and Eve, Cain and Abel, and the generation of the Flood.

Why did God not intervene? Why did He not stop the first humans eating the forbidden fruit, or prevent Cain from killing Abel? Why did the owner of the palace not put out the flames?

Because, by giving us freedom, He bound Himself from intervening in the human situation. If He stopped us every time we were about to do wrong, we would have no freedom. We would never mature, never learn from our errors, never become God’s image. We exist as free agents only because of God’s tzimtzum, His self-limitation. That is why, within the terms with which He created humankind, He cannot put out the flames of human evil.

He needs our help. That is why He chose Abraham. Abraham was the first person in recorded history to protest the injustice of the world in the name of God, rather than accept it in the name of God. Abraham was the man who said: “Shall the Judge of all the earth not do justly?” Where Noah accepted, Abraham did not. Abraham is the man of whom God said, “I have chosen him, so that he will direct his children and his household after him to keep the way of the Lord by doing what is right and just.” Abraham was the father of a nation, a faith, a civilisation, marked throughout the ages by what Albert Einstein called “an almost fanatical love of justice.”

I believe that Abraham is the father of faith, not as acceptance but as protest – protest at the flames that threaten the palace, the evil that threatens God’s gracious world. We fight those flames by acts of justice and compassion that deny evil its victory and bring the world that is a little closer to the world that ought to be.