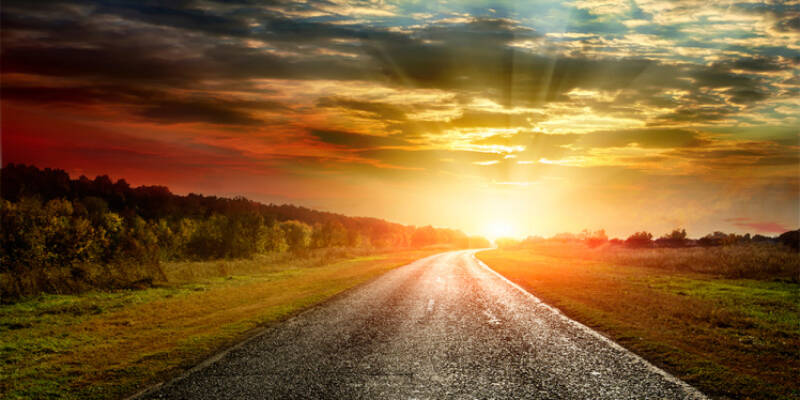 Within the first words that God addresses to the bearer of a new covenant, there are already hints as to the nature of the heroism he would come to embody. The multi-layered command “Lech lecha” – “go forth” contains the seeds of Abraham’s ultimate vocation.

Rashi, following an ancient exegetic tradition, translates the phrase as “Journey for yourself.”[1] According to him, God is saying “Travel for your own benefit and good. There I will make you into a great nation; here you will not have the merit of having children.” Sometimes we have to give up our past in order to acquire a future. In his first words to Abraham, God was already intimating that what seems like a sacrifice is, in the long run, not so. Abraham was about to say goodbye to the things that mean most to us – land, birthplace and parental home, the places where we belong. He was about to make a journey from the familiar to the unfamiliar, a leap into the unknown. To be able to make that leap involves trust – in Abraham’s case, trust not in visible power but in the voice of the invisible God. At the end of it, however, Abraham would discover that he had achieved something he could not have done otherwise. He would give birth to a new nation whose greatness consisted precisely in the ability to live by that voice and create something new in the history of humankind. “Go for yourself ” – believe in what you can become.

Another interpretation, more midrashic, takes the phrase to mean “Go with yourself ” – meaning, by travelling from place to place you will extend your influence not over one land but many:

When the Holy One said to Abraham, “Leave your land, your birthplace and your father’s house…” what did Abraham resemble? A jar of scent with a tight-fitting lid put away in a corner so that its fragrance could not go forth. As soon as it was moved from that place and opened, its fragrance began to spread. So the Holy One said to Abraham, “Abraham, many good deeds are in you. Travel about from place to place, so that the greatness of your name will go forth in My world.”[2]

Abraham was commanded to leave his place in order to testify to the existence of a God not bounded by place – Creator and Sovereign of the entire universe. Abraham and Sarah were to be like perfume, leaving a trace of their presence wherever they went. Implicit in this Midrash is the idea that the fate of the first Jews already prefigured that of their descendants[3] who would be scattered throughout the world in order to spread knowledge of God throughout the world. Unusually, exile is seen here not as punishment but as a necessary corollary of a faith that sees God everywhere. Lech lecha means “Go with yourself” – your beliefs, your way of life, your faith.

A third interpretation, this time more mystical, takes the phrase to mean, “Go to yourself.” The Jewish journey, said R. David of Lelov, is a journey to the root of the soul.[4] In the words of R. Zushya of Hanipol, “When I get to heaven, they will not ask me, why were you not Moses? They will ask me, Zushya, why were you not Zushya?”[5] Abraham was being asked to leave behind all the things that make us someone else – for it is only by taking a long and lonely journey that we discover who we truly are. “Go to yourself.”

There is, however, a fourth interpretation: “Go by yourself.” Only a person willing to stand alone, singular and unique, can worship the God who is alone, singular and unique. Only one able to leave behind the natural sources of identity – home, family, culture and society – can encounter God who stands above and beyond nature. A journey into the unknown is one of the greatest possible expressions of freedom. God wanted Abraham and his children to be a living example of what it is to serve the God of freedom, in freedom, for the sake of freedom.

Lech Lecha means: Leave behind you all that makes human beings predictable, unfree, delimited. Leave behind the social forces, the familial pressures, the circumstances of your birth. Abraham’s children were summoned to be the people that defied the laws of nature because they refused to define themselves as the products of nature. That is not to say that economic or biological or psychological forces have no part to play in human behaviour. They do. But with sufficient imagination, determination, discipline and courage we can rise above them. Abraham did. So, at most times, did his children.

Those who live within the laws of history are subject to the laws of history. Whatever is natural, said Maimonides, is subject to disintegration and decline. That is what has happened to virtually every civilisation that has appeared on the world’s stage. Abraham, however, was to become the father of an am olam, an eternal people, that would neither decay nor decline, a people willing to stand outside the laws of nature. What for other nations are innate – land, home, family – in Judaism are subjects of religious command. They have to be striven for. They involve a journey. They are not given at the outset, nor can they be taken for granted. Abraham was to leave behind the things that make most people and peoples what they are, and lay the foundations for a land, a Jewish home and a family structure, responsive not to economic forces, biological drives and psychological conflicts but to the word and will of God.

Lech Lecha in this sense means being prepared to take an often lonely journey: “Go by yourself.” To be a child of Abraham is to have the courage to be different, to challenge the idols of the age, whatever the idols and whichever the age. In an era of polytheism, it meant seeing the universe as the product of a single creative will – and therefore not meaningless but coherent and meaningful. In an era of slavery it meant refusing to accept the status quo in the name of God, but instead challenging it in the name of God. When power was worshipped, it meant constructing a society that cared for the powerless, the widow, orphan and stranger. During centuries in which the mass of humankind was sunk in ignorance, it meant honouring education as the key to human dignity and creating schools to provide universal literacy. When war was the test of manhood, it meant striving for peace. In ages of radical individualism like today, it means knowing that we are not what we own but what we share; not what we buy but what we give; that there is something higher than appetite and desire – namely the call that comes to us, as it came to Abraham, from outside ourselves, summoning us to make a contribution to the world.

“Jews,” wrote Andrew Marr, “really have been different; they have enriched the world and challenged it.”[6] It is that courage to travel alone if necessary, to be different, to swim against the tide, to speak in an age of relativism of the absolutes of human dignity under the sovereignty of God, that was born in the words Lech Lecha. To be a Jew is to be willing to hear the still, small voice of eternity urging us to travel, move, go on ahead, continuing Abraham’s journey toward that unknown destination at the far horizon of hope.