How Perfect were the Matriarchs and Patriarchs? 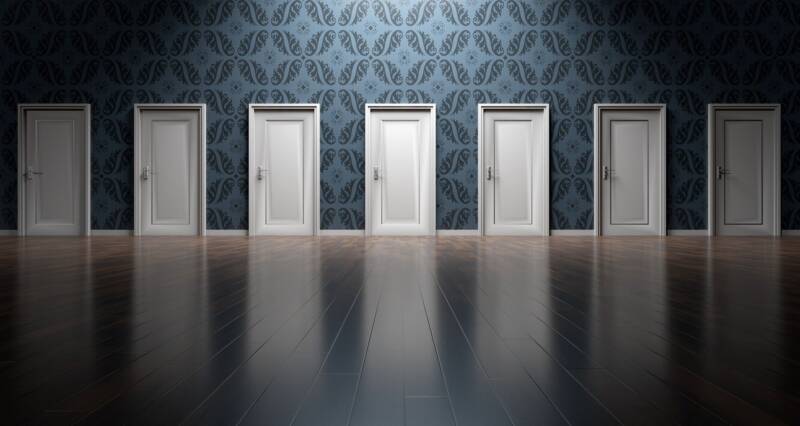 In an extraordinary series of observations on this week’s parsha, Ramban (Nahmanides, 1194 – 1270) delivers harsh criticisms of Abraham and Sarah. The first has to do with Abraham’s decision to leave the land of Canaan and go to Egypt because “there was a famine in the land” (Gen. 12:1). On this Ramban says:

Know that Abraham our father unintentionally committed a great sin by bringing his righteous wife to a stumbling-block of sin on account of his fear for his life. He should have trusted that God would save him and his wife and all his belongings, for God surely has the power to help and to save. His leaving the Land concerning which he had been commanded from the beginning, on account of the famine, was also a sin he committed, for in famine God would redeem him from death. It was because of this deed that the exile in the land of Egypt at the hand of Pharaoh was decreed for his children.

According to Ramban, Abraham should have stayed in Canaan and had faith in God that He would sustain him despite the famine. Not only was Abraham wrong to leave, he also put Sarah in a position of moral hazard because, as a result of going to Egypt, she was forced to tell the lie that she was Abraham’s sister not his wife, and consquently she was taken into Pharaoh’s harem where she might have been forced to commit an act of adultery.

This is a very harsh judgment, made more so by Ramban’s further assertion that it was because of this lack of faith that Abraham’s children were sentenced to exile in Egypt centuries later.

Further in the parsha, Ramban also criticises Sarah’s actions. In her despair that she might never have a child of her own, she asks Abraham to sleep with her handmaid Hagar in the hope that she might bear him a child. Abraham does so, and Hagar becomes pregnant. The text then says that Hagar “began to despise her mistress” (Gen. 16:4). Sarah complains to Abraham, and then “afflict[s]” Hagar (Gen. 16:6), who flees from her into the desert. On this, Ramban writes:

Our mother [Sarah] transgressed by this affliction, as did Abraham by allowing her to do so. So God heard her [Hagar’s] affliction and gave her a son who would be a wild ass of a man to afflict the seed of Abraham and Sarah with all kinds of affliction.

Here the moral judgment is easier to understand. Sarah’s conduct does seem volatile and harsh. The Torah itself says that Sarah “afflicted” Hagar. Yet Ramban seems to be saying that it was this episode in the ancient past that explains Jewish suffering at the hands of Muslims (descendants of Ishmael) in a much later age.

It is not difficult to defend Abraham and Sarah in these incidents, and other commentators do so. Abraham was not to know that God would perform a miracle and save him and Sarah from famine had they stayed in Canaan. Nor was he to know that the Egyptians would endanger his life and place Sarah in a moral dilemma. Neither of them had been to Egypt before. They did not know in advance what to expect.

As for Sarah and Hagar, although an Angel sent Hagar back to the household, later when Ishmael and Isaac were born Sarah once again banished Hagar. This time, though Abraham protested, God told him to do what Sarah said. So Ramban’s criticisms are easily answered. Why then did he make them?

Ramban surely did not make these comments lightly. He was, I believe, driven by another consideration altogether, namely the justice of history. Why did the Israelites suffer exile and slavery in Egypt? Why in Ramban’s own age were Jews subject to attack by radical Islamists, the Almohades, who brought to an end the Golden Age of Spain they had enjoyed under the more tolerant rule of the Umayyads.

Ramban believed, as we say in our prayers, that “because of our sins we were exiled from our land,” but what sins had the Israelites committed in the days of Jacob that merited exile? He also believed that “the acts of the fathers are a sign for the children” (Commentary to Gen. 12:6), and that what happened in the lives of the patriarchs foreshadowed what would happen to their descendants. What had they done to Ishmael to earn the scorn of Muslims? A close reading of the biblical text pointed Ramban in the direction of Sarah’s treatment of Hagar.

So Ramban’s comments make sense within his reading of Jewish history. But this, too, is not without its difficulties. The Torah states explicitly that God may punish “the children and their children for the sin of the parents to the third and fourth generation” (Ex. 34:7) but not beyond. The Rabbis further restricted this to cases where “the children continue the sins of the parents.” (Rashi to Ex. 34:7, Jeremiah 31:28, and Ezekiel 18:2) Jeremiah and Ezekiel both said that no one would any more say, “the parents have eaten sour grapes and their children’s teeth are set on edge.” The transfer of sins across the generations is problematic, Jewishly and ethically.

What is deeply interesting about Ramban’s approach to Abraham and Sarah is his willingness to point out flaws in their behaviour. This answers a fundamental question as far as our understanding of the narratives of Genesis is concerned. How are we to judge our biblical ancestors when their behaviour seems problematic: Jacob taking Esau’s blessing in disguise, for example, or Shimon and Levi’s brutality in the course of rescuing their sister Dina?

The stories of Genesis are often morally perplexing. Rarely does the Torah pass an explicit, unequivocal verdict on people’s conduct. This means that it is sometimes difficult to teach these narratives as a guide to how to behave. This led to the Rabbis’ systematic reinterpretation in Midrash so that black and white take the place of subtle shades of grey.

For example, the words “Sarah saw the son of Hagar the Egyptian … mocking” (Gen. 21:9), were understood by the Sages to mean that the thirteen-year-old Ishmael was guilty of idolatry, illicit sex or murder. This is clearly not the plain sense of the verse. It is, instead, an interpretation that would justify Sarah’s insistence that Ishmael be sent away.

Rabbi Zvi Hirsch Chajes explained that the entire tendency of Midrash to make the heroes seem perfect and the villains completely evil is for educational reasons. The word Torah means “teaching” or “instruction,” and it is difficult to teach ethics through stories whose characters are fraught with complexity and ambiguity.

Yet the Torah does paint its characters in shades of grey. Why so? He gives three reasons.

The first is that the moral life is not something we understand in depth all at once. As children we hear stories of heroes and villains. We learn basic distinctions: right and wrong, good and bad, permitted and forbidden. As we grow, though, we begin to realise how difficult some decisions are. Do I go to Egypt? Do I stay in Canaan? Do I show compassion to my servant’s child at the risk that he may be a bad influence on my child who has been chosen by God for a sacred mission? Anyone who thinks such decisions are easy is not yet morally mature. So the best way of teaching ethics is to do so by way of stories that can be read at different levels at different times in our life.

Second, not only are decisions difficult. People are also complex. No one in the Torah is portrayed as perfect. Noah, the only person in Tanach to be called righteous, ends drunk and dishevelled. Moses, Aaron and Miriam are all punished for their sins. So is King David. Solomon, wisest of men, ends his life as a deeply compromised leader. Many of the prophets suffered dark nights of despair. “There is none so righteous on earth,” says Kohelet, “as to do only good and never sin.” No religious literature was ever further from hagiography, idealisation and hero-worship.

In the opposite direction, even the non-heroes have their saving graces. Esau is a loving son, and when he meets his brother Jacob after a long estrangement, they kiss, embrace and go their separate ways. Levi, condemned by Jacob for his violence, counts Moses, Aaron and Miriam among his grandchildren. Even Pharaoh, the man who enslaved the Israelites, had a moral heroine for a daughter. The descendants of Korach sang psalms in the Temple of Solomon. This too is moral maturity, light-years removed from the dualism adopted by many religions, including some Jewish sects (like the Qumran sect of the Dead Sea Scrolls), that divides humanity into children of light and children of darkness.

Lastly and most importantly, more than any other religious literature, the Torah makes an absolute distinction between earth and heaven, God and human beings. Because God is God, there is space for humans to be human. In Judaism the line dividing them is never blurred. How rare this is was pointed out by Walter Kaufmann:

In India, the Jina and the Buddha, founders of two new religions in the sixth century BCE, came to be worshipped later by their followers. In China, Confucius and Lao-tze came to be deified. To the non-Christian, Jesus seems to represent a parallel case. In Greece, the heroes of the past were held to have been sired by a god or to have been born of goddesses, and the dividing line between gods and men became fluid. In Egypt, the Pharaoh was considered divine.

In Israel, says Kaufmann, “no man was ever worshipped or accorded even semi-divine status. This is one of the most extraordinary facts about the religion of the Old Testament.”[1] There never was a cult of Moses or any other biblical figure. That is why “no man knows Moses’ burial place to this day” (Deut. 34:6), so that it could never become a place of pilgrimage.

No religion has held a higher view of humanity than the Book that tells us we are each in the image and likeness of God. Yet none has been more honest about the failings of even the greatest. God does not ask us to be perfect. He asks us, instead, to take risks in pursuit of the right and the good, and to acknowledge the mistakes we will inevitably make.

In Judaism the moral life is about learning and growing, knowing that even the greatest have failings and even the worst have saving graces. It calls for humility about ourselves and generosity towards others. This unique blend of idealism and realism is morality at its most demanding and mature.