Our Children Walk on Ahead 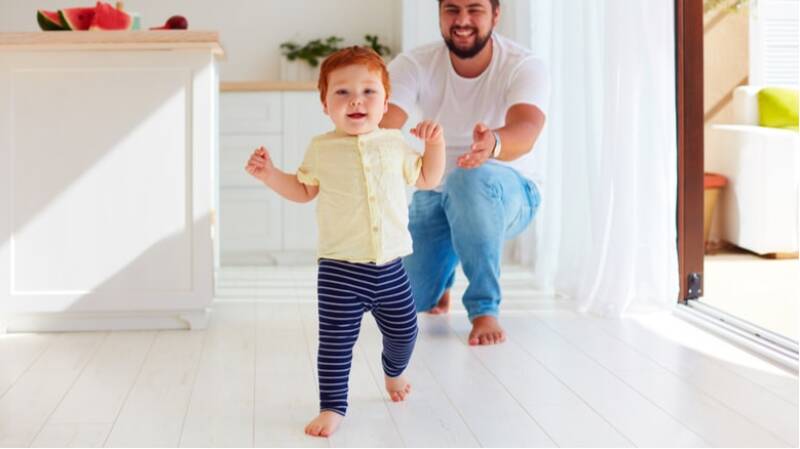 The call to Avraham, with which Lech Lecha begins, seems to come from nowhere:

“Leave your land, your birthplace, and your father’s house, and go to a land which I will show you.”

Nothing has prepared us for this radical departure. We have not had a description of Avraham as we had in the case of Noach: “Noach was a righteous man, perfect in his generations; Noach walked with God.” Nor have we been given a series of glimpses into his childhood, as in the case of Moses. It is as if Avraham’s call is a sudden break with all that went before. There seems to be no prelude, no context, no background.

Added to this is a curious verse in the last speech delivered by Moses’ successor Joshua:

And Joshua said to all the people, “Thus says the Lord, the God of Israel, ‘Long ago, your fathers lived beyond the river (Euphrates), Terach, the father of Avraham and of Nachor; and they served other gods.

The implication seems to be that Avraham’s father was an idolater. Hence the famous midrashic tradition that as a child, Avraham broke his father’s idols. When Terach asked him who had done the damage, he replied, “The largest of the idols took a stick and broke the rest”.

“Why are you deceiving me?” Terach asked, “Do idols have understanding?”

“Let your ears hear what your mouth is saying”, replied the child.

On this reading, Avraham was an iconoclast, a breaker of images, one who rebelled against his father’s faith.

Maimonides, the philosopher, put it somewhat differently. Originally, human beings believed in one God. Later, they began to offer sacrifices to the sun, the planets and stars, and other forces of nature, as creations or servants of the one God. Later still, they worshipped them as entities – gods – in their own right. It took Avraham, using logic alone, to realise the incoherence of polytheism:

After he was weaned, while still an infant, his mind began to reflect. Day and night, he thought and wondered, how is it possible that this celestial sphere should be continuously guiding the world, without something to guide it and cause it to revolve? For it cannot move of its own accord. He had no teacher or mentor, because he was immersed in Ur of the Chaldees among foolish idolaters. His father and mother and the entire population worshipped idols, and he worshipped with them. He continued to speculate and reflect until he achieved the way of truth, understanding what was right through his own efforts. It was then that he knew that there is one God who guides the heavenly bodies, who created everything, and besides whom there is no other god.

What is common to Maimonides and the Midrash is discontinuity. Avraham represents a radical break with all that went before.

Remarkably however, the previous chapter gives us a quite different perspective:

These are the generations of Terach. Terach fathered Avram, Nachor, and Haran; and Haran fathered Lot . . . Terach took Avram his son and Lot the son of Haran, his grandson, and Sarai his daughter-in-law, his son Avram’s wife, and they went forth together from Ur of the Chaldeans to go into the land of Canaan, but when they came to Haran, they settled there. The days of Terach were 205 years, and Terach died in Haran.

The implication seems to be that far from breaking with his father, Avraham was continuing a journey Terach had already begun.

How are we to reconcile these two passages? The simplest way, taken by most commentators, is that they are not in chronological sequence. The call to Avraham (in Gen. 12) happened first. Avraham heard the Divine summons, and communicated it to his father. The family set out together, but Terach stopped halfway, in Haran. The passage recording Terach’s death is placed before Avraham’s call, though it happened later, to guard Avraham from the accusation that he failed to honour his father by leaving him in his old age (Rashi, Midrash).

Yet there is another obvious possibility. Avraham’s spiritual insight did not come from nowhere. Terach had already made the first tentative move toward monotheism. Children complete what their parents begin.

Significantly, both the Bible and rabbinic tradition understood divine parenthood in this way. They contrasted the description of Noach (“Noach walked with God”) and that of Avraham (“The God before whom I have walked”, Gen. 24:40). God Himself says to Avraham “Walk ahead of Me and be perfect” (Gen. 17:1). God signals the way, then challenges His children to walk on ahead.

In one of the most famous of all Talmudic passages, the Babylonian Talmud (Baba Metzia 59b) describes how the Sages outvoted Rabbi Eliezer despite the fact that his view was supported by a Heavenly Voice. It continues by describing an encounter between Rabbi Natan and the Prophet Elijah. Rabbi Natan asks the Prophet: What was God’s reaction to that moment, when the law was decided by majority vote rather than following that Heavenly Voice? Elijah replies, “He smiled and said, ‘My children have defeated Me! My children have defeated Me!’”

To be a parent in Judaism is to make space within which a child can grow. Astonishingly, this applies even when the parent is God (Avinu, “our Father”) Himself. In the words of Rabbi Joseph Soloveitchik:

“The Creator of the world diminished the image and stature of creation in order to leave something for man, the work of His hands, to do, in order to adorn man with the crown of creator and maker.”

This idea finds expression in halachah, Jewish law. Despite the emphasis in the Torah on honouring and revering parents, Maimonides rules:

Although children are commanded to go to great lengths [in honouring parents], a father is forbidden to impose too heavy a yoke on them, or to be too exacting with them in matters relating to his honour, lest he cause them to stumble. He should forgive them and close his eyes, for a father has the right to forgo the honour due to him.

The story of Avraham can be read in two ways, depending on how we reconcile the end of chapter 11 with the beginning of chapter 12. One reading emphasises discontinuity. Avraham broke with all that went before. The others continuity. Terach, his father, had already begun to wrestle with idolatry. He had set out on the long walk to the land which would eventually become holy, but stopped half way. Avraham completed the journey his father began.

Perhaps childhood itself has the same ambiguity. There are times, especially in adolescence, when we tell ourselves that we are breaking with our parents, charting a path that is completely new. Only in retrospect, many years later, do we realise how much we owe our parents – how, even at those moments when we felt most strongly that we were setting out on a journey uniquely our own, we were, in fact, living out the ideals and aspirations that we learned from them.

And it began with God Himself, who left, and continues to leave, space for us, His children, to walk on ahead.