Leadership at a Time of Crisis 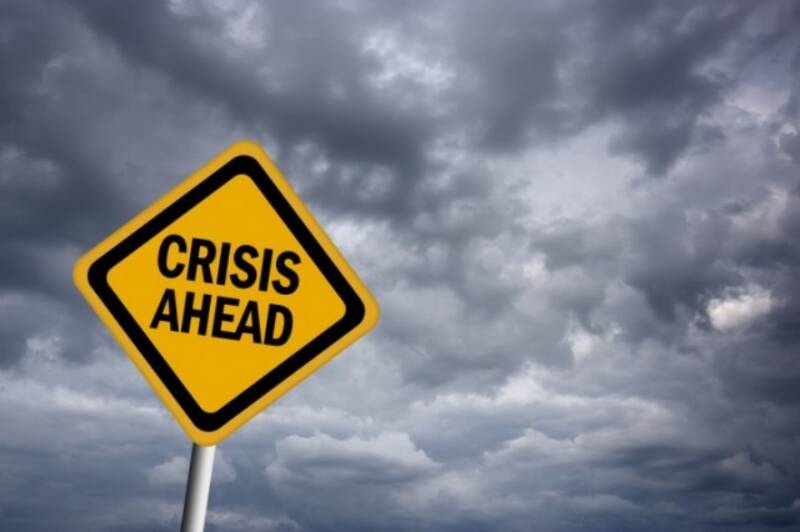 The parsha of Masei always occurs at the heart of the Three Weeks. This is the time when we engage in an act of collective recall of our two greatest defeats as a nation. The symbol of the nation was the Temple in Jerusalem. So the symbol of the nation’s defeat was the destruction of the Temple. It happened twice, once in the sixth century BCE, the second time in the first century of the common era. In both cases it happened because of poor leadership.

The first defeat was set in motion some three centuries before it happened by a disastrous decision on the part of king Solomon’s son Rehoboam. The people were restless during the latter part of Solomon’s reign. They felt he has placed too heavy a burden on the people, particularly during the building of the Temple.  When he died they came to his son and successor and asked him to lighten the load. His father’s counsellors told him to accede to their request. They gave him one of the finest pieces of advice ever given to a leader. If you serve the people they will serve you (1 Kings 12:7). Rehoboam did not listen. The kingdom split. Defeat of both halves – the northern and southern kingdoms – was inevitable and only a matter of time. As Abraham Lincoln said: “A house divided against itself cannot stand.”

The second defeat in the days of the Romans was the result of a complete collapse of leadership during the late Second Temple period. The Hasmonean kings, having defeated Hellenism, then succumbed to it. The priesthood became politicised and corrupt. Maimonides wrote, in his Letter to the Sages of Marseilles,[1] that the Second Temple fell because Jews had not learned military strategy and the laws of conquest. The Talmud says it fell because of gratuitous hatred. Josephus tells us it fell because of conflicts within the forces defending Jerusalem. All three explanations are true and part of the same phenomenon. When there is no effective leadership, divisions open up within the group. There is internal conflict, energy is wasted, and no coherent strategy emerges. Again defeat becomes inevitable.

In Judaism, leadership is not a luxury but a necessity. Ours is a small and intensely vulnerable people. Inspired, we rise to greatness. Uninspired, we fall.

But there is, oddly enough, a deeply positive message about the Three Weeks. For the fact is that the Jewish people survived those defeats. And they did not merely survive. They recovered and grew stronger. They became in the most positive sense a nation of survivors. Who gave them that strength and courage?

The answer is: three leaders whose names are indelibly associated with the Three Weeks: Moses, whose message to the generations at the beginning of Devarim is always read on the Shabbat before Tisha b’Av, Isaiah whose vision gives that day its name as Shabbat Chazon, and Jeremiah, the Prophet who foresaw the destruction and whose words form the haftarot for two of the Three Weeks.

What made these men great leaders? They were all critical of their contemporaries – but then, so are most people. It takes no skill whatsoever to be a critic. All three predicted doom. But Jeremiah himself pointed out that predicting doom is a no-risk option. If bad things happen, you are proved right. If they don’t – well, clearly God decided to have compassion.[2]

So what made Moses, Isaiah, and Jeremiah different? What made them great leaders? Specifically, what made them leaders in hard times, and thus leaders for all time? Three things set them apart.

The first is that they were all Prophets of hope. Even in their darkest moments they were able to see through the clouds of disaster to the clear sky beyond. They were not optimists. There is a difference between optimism and hope. Optimism is the belief that things will get better. Hope is the belief that if we work hard enough together we can make things better. It needs no courage to be an optimist, but it needs courage, wisdom, a deep understanding of history and possibility, and the ability to communicate, to be a Prophet of hope. That is what Moses, Isaiah and Jeremiah all were. Here is Moses:

I will restore your leaders as in days of old, your rulers as at the beginning. Afterward you will be called the City of Righteousness, the Faithful City.”

And this is Jeremiah:

The point about all three of these prophecies is that they were delivered knowing that bad things were about to happen to the Jewish people. They are not easy hope; they express hope rescued from the valley of despair.

The second characteristic that made Moses, Isaiah and Jeremiah different was that they delivered their criticism in love. Isaiah said in the name of God perhaps the loveliest words ever spoken to the Jewish people:

“Though the mountains be shaken and the hills be removed, My unfailing love for you will not be shaken nor My covenant of peace be removed.”

Jeremiah, in the midst of his critique of the nation, said in the name of God:

“I remember the kindness of your youth, how as a bride you loved Me and followed Me through the wilderness, through a land not sown.”

Moses’ love for the people was evident in every prayer he said on their behalf, especially after they had made the Golden Calf. On that occasion he said to God:

“Now, please forgive their sin – but if not, then blot me out of the book You have written.”

He was prepared to give his life for his people. It is easy to be a critic, but the only effective critics are those who truly love – and show they love – those whom they criticise.

Third, Moses, Isaiah and Jeremiah were the three Prophets who, more than any others, spoke about the role of Jews and Israel in the context of humanity as a whole. Moses said, Keep the commands “for they are your wisdom and understanding in the eyes of the nations” (Deut. 4:6).

And he also said:

“I created you and appointed you a covenant people, a light of nations, opening eyes deprived of light, rescuing prisoners from confinement, from the dungeon those who sit in darkness.”

Jeremiah was the leader who defined for all time the role of Jews in the Diaspora: “Seek the welfare of the city to which I have exiled you and pray to the Lord on its behalf, for in its prosperity you shall prosper” (Jeremiah 29:7) – the first statement in history of what it is to be a creative minority.

Why did this universal perspective matter? Because those who care only for their own people are chauvinists. They create false expectations, narrow and self-regarding emotions, and bravado rather than real courage.

Moses had to show (as he did when he rescued Yitro’s daughters from the local shepherds, see Ex. 2:17) that he cared for non-Israelites as well as Israelites. Jeremiah was told by God to become a “Prophet to the nations,” not just to Israel (see Jer. 1:5). Isaiah in one of the most remarkable prophecies of all time showed as much concern for Egypt and Assyria, Israel’s enemies, as for Israel itself (see Isaiah 19:19-25).

To be an agent of hope, to love the people you lead, and to widen their horizons to embrace humanity as a whole – that is the kind of leadership that gives people the ability to recover from crisis and move on. It is what made Moses, Isaiah and Jeremiah three of the greatest leaders of all time.