The Power of Shame 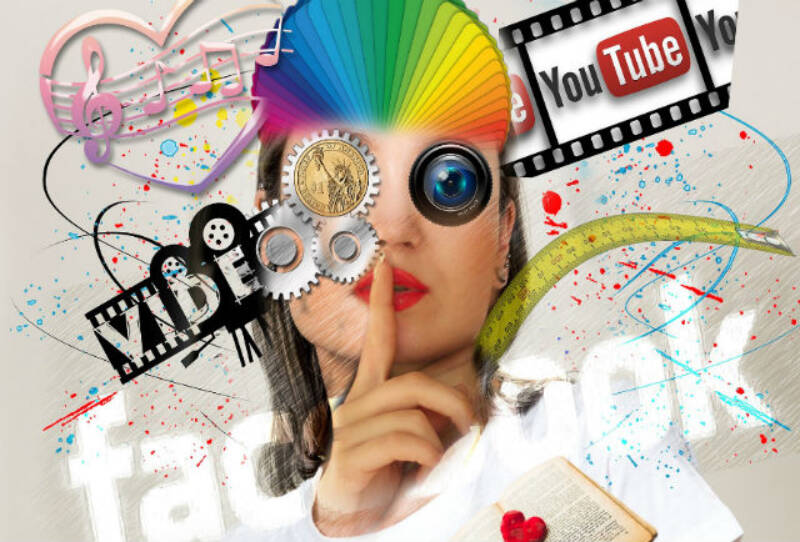 On 20 December 2013, a young woman named Justine Sacco was waiting in Heathrow airport before boarding a flight to Africa. To while away the time, she sent a tweet in questionable taste about the hazards of catching AIDS. There was no immediate response, and she boarded the plane unaware of the storm that was about to break. Eleven hours later, upon landing, she discovered that she had become an international cause célèbre. Her tweet, and responses to it, had gone viral. Over the next 11 days she would be googled more than a million times. She was branded a racist and dismissed from her job. Overnight she had become a pariah.[1]

The new social media have brought about a return to an ancient phenomenon, public shaming. Two recent books – Jon Ronson’s So You’ve Been Publicly Shamed and Jennifer Jacquet’s Is Shame Necessary?[2] – have discussed it. Jacquet believes it is a good thing. It can be a way of getting public corporations to behave more responsibly, for example. Ronson highlights the dangers. It is one thing to be shamed by the community of which you are a part, quite another by a global network of strangers who know nothing about you or the context in which your act took place. That is more like a lynch mob than the pursuit of justice.

Either way, this gives us a way of understanding the otherwise bewildering phenomenon of tsara’at, the condition dealt with at length in last week’s parsha and this one. Tsara’at has been variously translated as leprosy, skin disease, and scaly infection. Yet there are formidable problems in identifying it with any known disease. First, its symptoms do not correspond to Hansen’s Disease, otherwise known as leprosy. Second, the tsara’at described in the Torah affects not only human beings but also the walls of houses, furniture, and clothes. There is no known medical condition that has this property.

Besides, the Torah is a book about holiness and correct conduct. It is not a medical text. Even if it were, as David Zvi Hoffman points out in his commentary,[3] the procedures to be carried out do not correspond to those that would be done if tsara’at were a contagious disease. Finally, tsara’at as described in the Torah is a condition that brings not sickness but rather impurity, tumah. Health and purity are different things altogether.

The Sages decoded the mystery by relating our parsha to the instances in the Torah in which someone was actually afflicted by tsara’at. It happened to Miriam when she spoke against her brother Moses (Num. 12:1-15). Another example referred to was Moses who, at the Burning Bush, said to God that the Israelites would not believe in him. His hand briefly turned “as leprous as snow” (Ex. 4:7). The Sages regarded tsara’at as a punishment for lashon hara, evil speech, speaking negatively about or denigrating another person.

This helped them explain why the symptoms of tsara’at – mould, discolouration – could affect walls, furniture, clothes, and human skin. These were a sequence of warnings or punishments. First God warned the offender by sending a sign of decay to the walls of his house. If the offender repented the condition stopped there. If he failed to do so his furniture was affected, then his clothes, and finally his skin.

How are we to understand this? Why was “evil speech” regarded as so serious an offence that it took these strange phenomena to point to its existence? And why was it punished this way and not another?

It was the anthropologist Ruth Benedict and her book about Japanese culture, The Chrysanthemum and the Sword,[4] that popularised a distinction between two kinds of society: guilt cultures and shame cultures. Ancient Greece, like Japan, was a shame culture. Judaism and the religions influenced by it (most obviously, Calvinism) were guilt cultures. The differences between them are substantial.

In shame cultures, what matters is the judgment of others. Acting morally means conforming to public roles, rules, and expectations. You do what other people expect you to do. You follow society’s conventions. If you fail to do so, society punishes you by subjecting you to shame, ridicule, disapproval, humiliation, and ostracism. In guilt cultures what matters is not what other people think but what the voice of conscience tells you. Living morally means acting in accordance with internalised moral imperatives: “You shall” and “You shall not.” What matters is what you know to be right and wrong.

People in shame cultures are other-directed. They care about how they appear in the eyes of others, or as we would say today, they care about their “image.” People in guilt cultures are inner-directed. They care about what they know about themselves in moments of absolute honesty. Even if your public image is undamaged, if you know you have done wrong it will make you feel uneasy. You will wake up at night, troubled. “O coward conscience, how dost thou afflict me!” says Shakespeare’s Richard III. “My conscience hath a thousand several tongues / And every tongue brings in a several tale /And every tale condemns me for a villain.” Shame is public humiliation. Guilt is inner torment.

The emergence of a guilt culture in Judaism flowed from its understanding of the relationship between God and humankind. In Judaism we are not actors on a stage with society as the audience and the judge. We can fool society; we cannot fool God. All pretence and pride, every mask and persona, the cosmetic cultivation of public image are irrelevant: “The Lord does not look at the things people look at. People look at the outward appearance, but the Lord looks at the heart” (1 Sam. 16:7). Shame cultures are collective and conformist. By contrast Judaism, the archetypal guilt culture, emphasises the individual and their relationship with God. What matters is not whether we conform to the culture of the age but whether we do what is good, just, and right.

This makes the law of tsara’at fascinating, because according to the Sages’ interpretation, it constitutes one of the rare instances in the Torah of punishment by shame rather than guilt. The appearance of mould or discolouration on the walls of a house was a public signal of private wrongdoing. It was a way of saying to everyone who lived or visited there, “Bad things have been said in this place.” Little by little the signals came ever closer to the culprit, appearing next on their bed or chair, then on their clothes, then on their skin, until eventually their found themselves diagnosed as defiled:

And a blighted person, one bearing the disease – their clothing shall be torn, and the hair of their head disarrayed. And they shall cover their upper lips as they cry out, ‘Impure! Impure!’ They shall be in a state of impurity for as long as they have the disease; they are impure. They shall live apart; outside the camp shall be their dwelling. (Lev. 13:45-46)

These are quintessential expressions of shame. First is the stigma: the public marks of disgrace or dishonour (the torn clothes, unkempt hair). Then comes the ostracism: temporary exclusion from the normal affairs of society. These have nothing to do with illness and everything to do with social disapproval. This is what makes the law of tsara’at so hard to understand at first: it is one of the rare appearances of public shaming in a non-shame, guilt-based culture.[5] It happened, though, not because society had expressed its disapproval but because God was signalling that it should do so.

Why specifically in the case of lashon hara, “evil speech”? Because speech is what holds society together. Anthropologists have argued that language evolved among humans precisely in order to strengthen the bonds between them so that they could co-operate in larger groupings than any other animal. What sustains co-operation is trust. This allows and encourages me to make sacrifices for the group, knowing that others can be relied on to do likewise. This is precisely why lashon hara is so destructive. It undermines trust. It makes people suspicious about one another. It weakens the bonds that hold the group together. If unchecked, lashon hara will destroy any group it attacks: a family, a team, a community, even a nation. Hence its uniquely malicious character: It uses the power of language to weaken the very thing language was brought into being to create, namely, the trust that sustains the social bond.

That is why the punishment for lashon hara was to be temporarily excluded from society by public exposure (the signs that appear on walls, furniture, clothes, and skin), stigmatisation and shame (the torn clothes, etc.) and ostracism (being forced to live outside the camp). It is difficult, perhaps impossible, to punish the malicious gossiper using the normal conventions of law, courts, and the establishment of guilt. This can be done in the case of motsi shem ra, libel or slander, because these are all cases of making a false statement. Lashon hara is more subtle. It is done not by falsehood but by insinuation. There are many ways of harming a person’s reputation without actually telling a lie. Someone accused of lashon hara can easily say, “I didn’t say it, I didn’t mean it, and even if I did, I did not say anything that was untrue.” The best way of dealing with people who poison relationships without actually uttering falsehoods is by naming, shaming, and shunning them.

That, according to the Sages, is what tsara’at miraculously did in ancient times. It no longer exists in the form described in the Torah. But the use of the Internet and social media as instruments of public shaming illustrates both the power and the danger of a culture of shame. Only rarely does the Torah invoke it, and in the case of the metzora only by an act of God, not society. Yet the moral of the metzora remains. Malicious gossip, lashon hara, undermines relationships, erodes the social bond, and damages trust. It deserves to be exposed and shamed.

Never speak ill of others, and stay far from those who do.

[5] Another example of shame, according to Rabban Yochanan ben Zakkai was the ceremony in which a slave who did not wish to go free after the completion of six years of service, had his ear pierced against a doorpost (Ex. 20:6). See Rashi ad loc., and Kiddushin 22b.