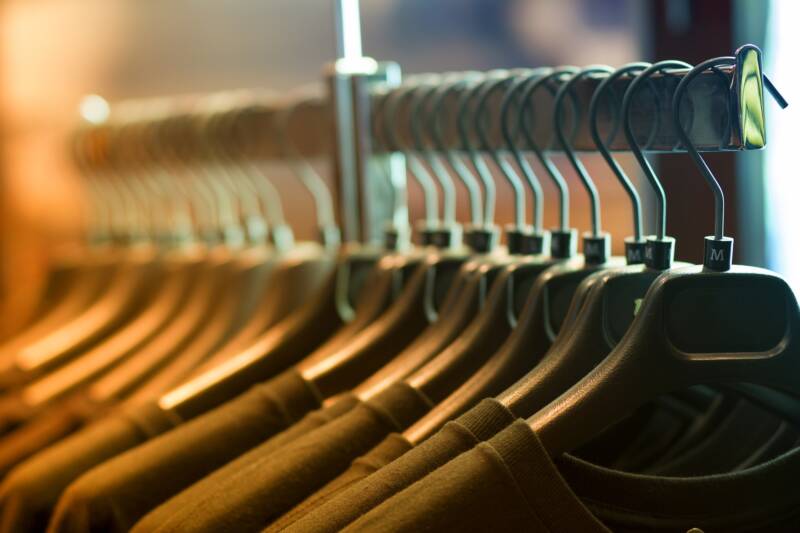 After twenty-two years and many twists and turns, Joseph and his brothers finally meet. We sense the drama of the moment. The last time they had been together, the brothers planned to kill Joseph and eventually sold him as a slave. One of the reasons they did so is that they were angry at his reports about his dreams; he had twice dreamed that his brothers would bow down to him. To them that sounded like hubris, excessive confidence, and conceit.

Hubris is usually punished by nemesis and so it was in Joseph’s case. Far from being a ruler, his brothers turned him into a slave. Now, unexpectedly, in this week’s parsha, the dreams become reality. The brothers do bow down to him, “their faces to the ground” (Gen. 42:6). It may feel as though the story has reached its end. Instead it turns out to be only the beginning of another story altogether, a tale of sin, repentance and forgiveness. Biblical stories tend to defy narrative conventions.

The reason, though, that the story does not end with the brothers’ meeting is that only one person present at the scene, Joseph himself, knows that it is a reunion.

There were many reasons they did not recognise him. Many years had passed. They did not know he was in Egypt. They believed he was still a slave, whereas this man was a viceroy. Besides which, he looked like an Egyptian, spoke Egyptian, and had an Egyptian name, Tsofnat Paaneach. Most importantly, though, he was wearing the uniform of an Egyptian of high rank. That had been the sign of Joseph’s elevation at the hand of Pharaoh when he interpreted his dreams:

We know from Egyptian wall paintings and from archaeological discoveries like Tutankhamen’s tomb, how stylised and elaborate were Egyptian robes of office. Different ranks wore different clothes. Early Pharaohs had two headdresses, a white one to mark the fact that they were kings of upper Egypt, and a red one to signal that they were kings of lower Egypt. Like all uniforms, clothes told a story, or as we say nowadays, “made a statement.” They proclaimed a person’s status. Someone dressed like this Egyptian before whom the brothers had just bowed could not possibly be their long-lost brother Joseph. Except that he was.

This seems like a minor matter. I want in this essay to argue the opposite. It turns out to be a very major matter indeed. The first thing we need to note is that the Torah as a whole, and Genesis in particular, has a way of focusing our attention on a major theme: it presents us with recurring episodes. Robert Alter calls them “type scenes.”[1] There is, for example, the theme of sibling rivalry that appears four times in Genesis: Cain and Abel, Isaac and Ishmael, Jacob and Esau and Joseph and his brothers. There is the theme that occurs three times of the patriarch forced to leave home because of famine, and then realising that he will have to ask his wife to pretend she is his sister for fear that he will be murdered. And there is the theme of finding-future-wife-at-well, which also occurs three times: Rebecca, Rachel and (early in the book of Exodus) Jethro’s daughter Zipporah.

The encounter between Joseph and his brothers is the fifth in a series of stories in which clothes play a key role. The first is Jacob who dresses in Esau’s clothes while bringing his father a meal so that he can take his brother’s blessing in disguise. Second is Joseph’s finely embroidered robe or “coat of many colours,” which the brothers bring back to their father stained in blood, saying that a wild animal must have seized him. Third is the story of Tamar taking off her widow’s dress, covering herself with a veil, and making herself look as if she were a prostitute. Fourth is the robe Joseph leaves in the hands of Potiphar’s wife while escaping her attempt to seduce him. The fifth is the one in today’s parsha in which Pharaoh dresses Joseph as a high-ranking Egyptian, with clothes of linen, a gold chain, and the royal signet ring.

What all five cases have in common is that they facilitate deception. In each case, they bring about a situation in which things are not as they seem. Jacob wears Esau’s clothes because he is worried that his blind father will feel him and realise that the smooth skin does not belong to Esau but to his younger brother. In the end it is not only the texture but also the smell of the clothes that deceives Isaac:

Joseph’s stained robe was produced by the brothers to conceal the fact that they were responsible for Joseph’s disappearance. Jacob “recognised it and said, “It is my son’s robe! A wild animal has devoured him. Joseph has surely been torn to pieces.”

Tamar’s façade as a veiled prostitute was intended to deceive Judah into sleeping with her since she wanted to have a child to “raise up the name” of her dead husband Er. Potiphar’s wife used the evidence of Joseph’s torn robe to substantiate her claim that he had tried to rape her, a crime of which he was wholly innocent. Lastly, Joseph used the fact that his brothers did not recognise him to set in motion a series of staged events to test whether they were still capable of selling a brother as a slave or whether they had changed.

So the five stories about garments tell a single story: things are not necessarily as they seem. Appearances deceive. It is therefore with a frisson of discovery that we realise that the Hebrew word for garment, b-g-d, is also the Hebrew word for “betrayal,” as in the confession formula, Ashamnu, bagadnu, “We have been guilty, we have betrayed.”

Is this a mere literary conceit, a way of linking a series of otherwise unconnected stories? Or is there something more fundamental at stake?

It was the nineteenth century Jewish historian Heinrich Graetz who pointed out a fundamental difference between other ancient cultures and Judaism:

In the twentieth century, literary theorist Erich Auerbach contrasted the literary style of Homer with that of the Hebrew Bible.[3] In Homer’s prose we see the play of light on surfaces. The Odyssey and The Iliad are full of visual descriptions. By contrast, biblical narrative has very few such descriptions. We do not know how tall Abraham was, the colour of Miriam’s hair, or anything about Moses’ appearance. Visual details are minimal, and are present only when necessary to understand what follows. We are told for example that Joseph was good-looking (Gen. 39:6) only to explain why Potiphar’s wife desired him.

The key to the five stories occurs later on in Tanach, in the biblical account of Israel’s first two Kings. Saul looked like royalty. He was “head and shoulders above” everyone else (1 Sam. 9:2). He was tall. He had presence. He had the bearing of a King. But he lacked self-confidence. He followed the people rather than leading them. Samuel had to rebuke him with the words, “You may be small in your own eyes but you are Head of the Tribes of Israel.” Appearance and reality were opposites. Saul had physical but not moral stature.

The contrast with David was total. When God told Samuel to go to the family of Yishai to find Israel’s next King, no one even thought of David, the youngest and shortest of the family. Samuel’s first instinct was to choose Eliav who, like Saul, looked the part. But God told him,

Only when we have read all these stories are we able to return to the first story of all in which clothes play a part: the story of Adam and Eve and the forbidden fruit, after eating which they see they are naked. They are ashamed and they make clothes for themselves. That is a story for another occasion but its theme should now be clear. It is about eyes and ears, seeing and listening. Adam and Eve’s sin had little to do with fruit, or sex, and everything to do with the fact that they let what they saw override what they had heard.

“Joseph recognised his brothers, but they did not recognise him.”

The reason they did not recognise him is that, from the start, they allowed their feelings to be guided by what they saw, the “coat of many colours” that inflamed their envy of their younger brother. Judge by appearances and you will miss the deeper truth about situations and people. You will even miss God Himself, for God cannot be seen, only heard. That is why the primary imperative in Judaism is Shema Yisrael, “Listen, O Israel,” and why, when we say the first line of the Shema, we place our hand over our eyes so that we cannot see.

Appearances deceive. Clothes betray. Deeper understanding, whether of God or of human beings, cannot come from appearances. In order to choose between right and wrong, between good and bad – in order to live the moral life – we must make sure not only to look, but also to listen.