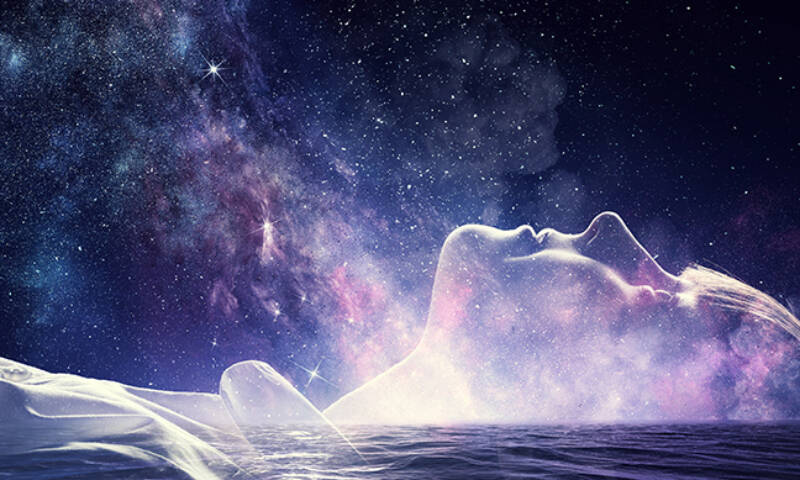 In one of the greatest transformations in all literature, Joseph moves in a single bound from prisoner to Prime Minister. What was it about Joseph – a complete outsider to Egyptian culture, a “Hebrew,” a man who had been languishing in jail on a false charge of attempted rape – that marked him out as a leader of the greatest empire of the ancient world?

Joseph had three gifts that many have in isolation but few in combination. The first is that he dreamed dreams. Initially we do not know whether his two adolescent dreams – of his brothers’ sheaves bowing down to his, and of the sun, moon and eleven stars bowing down to him – are a genuine presentiment of future greatness, or merely the overactive imagination of a spoiled child with delusions of grandeur.

Only in this week’s parsha of Mikketz do we discover a vital piece of information that has been withheld from us until now. Joseph says to Pharaoh, who has also had two dreams: “The reason the dream was given to Pharaoh in two forms is that the matter has been firmly decided by God, and God will do it soon” (Gen. 41:32). Only in retrospect do we realise that Joseph’s double dream was a sign that this, too, was no mere imagining. Joseph really was destined to be a leader to whom his family would bow down.

Second, like Sigmund Freud many centuries years later, Joseph had a gift for interpreting the dreams of others. He did so for the butler and baker in prison and, in this week’s parsha, for Pharaoh. His interpretations were neither magical nor miraculous. In the case of the butler and baker he remembered that in three days’ time it would be Pharaoh’s birthday (Gen. 40:20). It was the custom of rulers to make a feast on their birthday and decide the fate of certain individuals. (In Britain, the Queen’s birthday honours continue this tradition.) It was reasonable therefore to assume that the butler’s and baker’s dreams related to this event and their unconscious hopes and fears.[1]

In the case of Pharaoh’s dreams, Joseph may have known ancient Egyptian traditions about seven-year famines. Nahum Sarna quotes an Egyptian text from the reign of King Djoser (ca. twenty-eighth century BCE):

I was in distress on the Great Throne, and those who are in the palace were in heart’s affliction from a very great evil, since the Nile had not come in my time for a space of seven years. Grain was scant, fruits were dried up, and everything which they eat was short.[2]

Joseph’s most impressive achievement, though, was his third gift, the ability to implement dreams, solving the problem of which they were an early warning. No sooner had he told of a seven-year famine then he continued, without pause, to provide a solution:

“Now let Pharaoh look for a discerning and wise man and put him in charge of the land of Egypt. Let Pharaoh appoint commissioners over the land to take a fifth of the harvest of Egypt during the seven years of abundance. They should collect all the food of these good years that are coming and store up the grain under the authority of Pharaoh, to be kept in the cities for food. This food should be held in reserve for the country, to be used during the seven years of famine that will come upon Egypt, so that the country may not be ruined by the famine.”

We have seen Joseph the brilliant administrator before, both in Potiphar’s house and in the prison. It was this gift, demonstrated at precisely the right time, that led to his appointment as Viceroy of Egypt.
From Joseph, therefore, we learn three principles. The first is: dream dreams. Never be afraid to let your imagination soar. When people come to me for advice about leadership, I tell them to give themselves the time and space and imagination to dream. In dreams we discover our passion, and following our passion is the best way to live a rewarding life.[3]

Dreaming is often thought to be impractical. Not so; it is one of the most practical things we can do. There are people who spend months planning a holiday but do not give even a day to planning their life. They let themselves be carried by the winds of chance and circumstance. That is a mistake. The Sages said, “Wherever [in the Torah] we find the word vayehi, ‘And it came to pass,’ it is always the prelude to tragedy.”[4] A vayehi life is one in which we passively let things happen. A yehi (“Let there be”) life is one in which we make things happen, and it is our dreams that give us direction.

Theodor Herzl, to whom more than any other person we owe the existence of the State of Israel, used to say, “If you will it, it is no dream.” I once heard a wonderful story from Eli Wiesel. There was a time when Sigmund Freud and Theodor Herzl lived in the same district of Vienna. “Fortunately,” he said, “they never met. Can you imagine what would have happened had they met? Herzl would have said: ‘I have a dream of a Jewish state.’ Freud would have replied: ‘Tell me, Herr Herzl, how long have you been having this dream? Lie down on my couch, and I will psychoanalyse you.’ Herzl would have been cured of his dreams and today there would be no Jewish state.” Thankfully, the Jewish people have never been cured of their dreams.

The second principle is that leaders interpret other people’s dreams. They articulate the inchoate. They find a way of expressing the hopes and fears of a generation. Martin Luther King Jr.’s “I have a dream” speech was about taking the hopes of Black Americans and giving them wings. It was not Joseph’s dreams that made him a leader; it was Pharaoh’s. Our own dreams give us direction; it is other people’s dreams that give us opportunity.

The third principle is: find a way to implement dreams. First see the problem, then find a way of solving it. The Kotzker Rebbe once drew attention to a difficulty in Rashi’s writing. Rashi (Ex. 18:1) says that Yitro was given the name Yeter (meaning, “he added”) because “he added a passage to the Torah beginning [with the words], “Choose from among the people …” (Ex. 18:21).This occurred when Yitro saw Moses leading alone and told him that what he was doing was not good: he would wear himself and the people to exhaustion. Therefore he should choose good people and delegate much of the burden of leadership to them.

The Kotzker pointed out that the passage that Yitro added to the Torah did not actually begin, “Choose from among the people.” It began several verses earlier when he said, “What you are doing is not good.” (Ex. 18:17) The answer the Kotzker gave was simple. Saying “What you are doing is not good” is not an addition to the Torah – it is merely stating a problem. The addition consisted in the solution: delegating.

Good leaders either are, or surround themselves with, problem-solvers. It is easy to see when things are going wrong. What makes a leader is the ability to find a way of putting them right. Joseph’s genius lay not in predicting seven years of plenty followed by seven years of famine, but in devising a system of storage that would ensure food supplies in the lean and hungry years.

Dream dreams; understand and articulate the dreams of others; and find ways of turning a dream into a reality – these three gifts are leadership, the Joseph way.