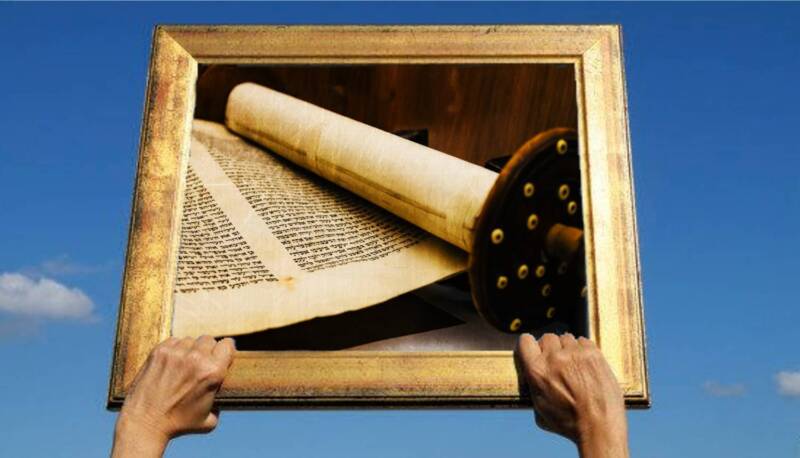 Our parsha takes us through a bewildering transition. Up until now, the book of Shemot has carried us along with the sweep and drama of the narrative: the Israelites’ enslavement, their hope for freedom, the plagues, Pharaoh’s obstinacy, their escape into the desert, the crossing of the Red Sea, the journey to Mount Sinai and the great covenant with God.

Suddenly, we now find ourselves faced with a different kind of literature altogether: a law code covering a bewildering variety of topics, from responsibility for damages to protection of property, to laws of justice, to Shabbat and the festivals. Why here? Why not continue the story, leading up to the next great drama, the sin of the Golden Calf? Why interrupt the flow? And what does this have to do with leadership?

The answer is this: great leaders, be they CEOs or simply parents, have the ability to connect a large vision with highly specific details. Without the vision, the details are merely tiresome. There is a well-known story of three workers who are employed cutting blocks of stone. When asked what they are doing, one says, “Cutting stone,” the second says, “Earning a living,” the third says, “Building a palace.” Those who have the larger picture take more pride in their labour, and work harder and better. Great leaders communicate a vision.

But they are also meticulous, even perfectionists, when it comes to the details. Thomas Edison famously said, “Genius is one percent inspiration, ninety-nine percent perspiration.” It is attention to detail that separates the great artists, poets, composers, filmmakers, politicians and heads of corporations from the merely average. Anyone who has read Walter Isaacson’s biography of the late Steve Jobs knows that he had an attention to detail bordering on the obsessive. He insisted, for example, that all Apple stores should have glass staircases. When he was told that there was no glass strong enough, he insisted that it be invented, which is what happened (he held the patent).

The genius of the Torah was to apply this principle to society as a whole. The Israelites had come through a transformative series of events. Moses knew there had been nothing like it before. He also knew, from God, that none of it was accidental or incidental. The Israelites had experienced slavery to make them cherish freedom. They had suffered, so that they would know what it feels like to be on the wrong side of tyrannical power. At Mount Sinai, God, through Moses, had given them a mission statement: to become “a Kingdom of Priests and a holy nation,” under the sovereignty of God alone. They were to create a society built on principles of justice, human dignity and respect for life.

But neither historical events nor abstract ideals – not even the broad principles of the Ten Commandments – are sufficient to sustain a society in the long run. Hence the remarkable project of the Torah: to translate historical experience into detailed legislation, so that the Israelites would live what they had learned on a daily basis, weaving it into the very texture of their social life. In the parsha of Mishpatim, vision becomes detail, and narrative becomes law.

So, for example: “If you buy a Hebrew servant, he is to serve you for six years. But in the seventh year, he shall go free, without paying anything” (Ex. 21:2-3). At a stroke, in this law, slavery is transformed from a condition of birth to a temporary circumstance – from who you are to what, for the time being, you do. Slavery, the bitter experience of the Israelites in Egypt, could not be abolished overnight. It was not abolished even in the United States until the 1860s, and even then, not without a devastating civil war. But this opening law of our parsha is the start of that long journey.

Likewise the law that “Anyone who beats their male or female slave with a rod must be punished if the slave dies as a direct result.” (Ex. 21:20) A slave is not mere property. They each have a right to life.

Similarly the law of Shabbat that states: “Six days do your work, but on the seventh day do not work, so that your ox and your donkey may rest, and so that the slave born in your household and the foreigner living among you may be refreshed.” (Ex. 23:12) One day in seven slaves were to breathe the air of freedom. All three laws prepared the way for the abolition of slavery, even though it would take more than three thousand years.

And there are laws that evoke other aspects of the people’s experience in Egypt, such as, “Do not take advantage of the widow or the fatherless. If you do and they cry out to me, I will certainly hear their cry” (Ex. 22:21-22). This recalls the episode at the beginning of the Exodus, “The Israelites groaned in their slavery and cried out, and their cry for help because of their slavery went up to God. God heard their groaning, and He remembered His covenant with Abraham, with Isaac and with Jacob. So God looked on the Israelites and was concerned about them.” (Ex. 2:23-25)

In a famous article written in the 1980s, Yale law professor Robert Cover wrote about “Nomos and Narrative.”[1] By this he meant that beneath the laws of any given society is a nomos, that is, a vision of an ideal social order that the law is intended to create. And behind every nomos is a narrative, that is, a story about why the shapers and visionaries of that society or group came to have that specific vision of the ideal order they sought to build.

Cover’s examples are largely taken from the Torah, and the truth is that his analysis sounds less like a description of law as such than a description of that unique phenomenon we know as Torah. The word “Torah” is untranslatable because it means several different things that only appear together in the book that bears that name.
Torah means “law.” But it also means “teaching, instruction, guidance,” or more generally, “direction”. It is also the generic name for the five books, from Genesis to Deuteronomy, that comprise both narrative and law.

In general, law and narrative are two distinct literary genres that have very little overlap. Most books of law do not contain narratives, and most narratives do not contain law. Besides which, as Cover himself notes, even if people in Britain or America today know the history behind a given law, there is no canonical text that brings the two together. In any case in most societies there are many different ways of telling the story. Besides which, most laws are enacted without a statement of why they came to be, what they were intended to achieve, and what historical experience led to their enactment.

So the Torah is a unique combination of nomos and narrative, history and law, the formative experiences of a nation and the way that nation sought to live its collective life so as never to forget the lessons it learned along the way. It brings together vision and detail in a way that has never been surpassed.

That is how we must lead if we want people to come with us, giving of their best. There must be a vision to inspire us, telling us why we should do what we are asked to do. There must be a narrative: this is what happened, this is who we are and this is why the vision is so important to us. Then there must be the law, the code, the fastidious attention to detail, that allow us to translate vision into reality and turn the pain of the past into the blessings of the future. That extraordinary combination, to be found in almost no other law code, is what gives Torah its enduring power. It is a model for all who seek to lead people to greatness.

[1] Robert Cover, “Nomos and Narrative,” Foreword to the Supreme Court 1982 Term, Yale Faculty Scholarship Series, Paper 2705, 1983. The paper can be found at http://digitalcommons.law.yale.edu/fss_papers/2705.