We Will Do and We Will Hear 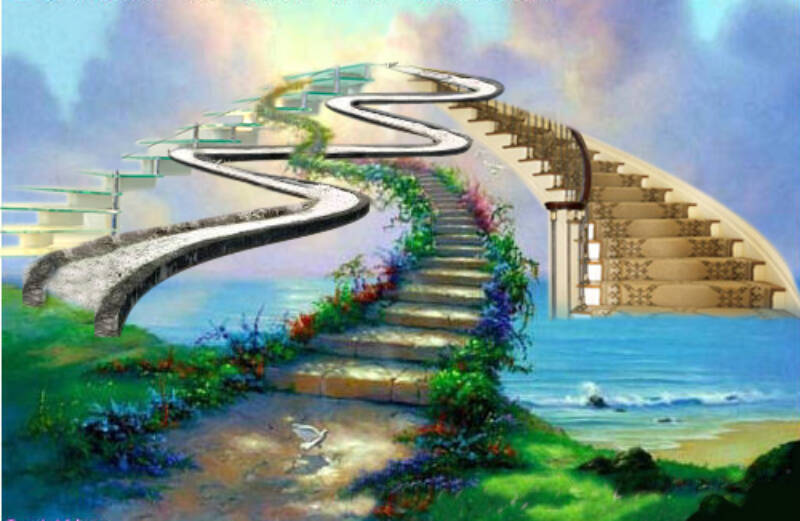 Two words we read towards the end of our parsha – na’aseh ve-nishma, “We will do and we will hear” – are among the most famous in Judaism. They are what our ancestors said when they accepted the covenant at Sinai. They stand in the sharpest possible contrast to the complaints, sins, backslidings and rebellions that seem to mark so much of the Torah’s account of the wilderness years.

There is a tradition in the Talmud[1] that God had to suspend the mountain over the heads of the Israelites to persuade them to accept the Torah. But our verse seems to suggest the opposite, that the Israelites accepted the covenant voluntarily and enthusiastically:

Then [Moses] took the Book of the Covenant and read it to the people. They responded, “We will do and hear [na’aseh ve-nishma] everything the Lord has said.”

On the basis of this, a counter tradition developed, that in saying these words, the assembled Israelites ascended to the level of the angels.

Rabbi Eliezer said, when the Israelites rushed to say “We will do” before saying “We will hear” a Divine voice went forth and said: Who has revealed to My children this secret which only the ministering angels make use of?[2]
What, though, do the words actually mean? Na’aseh is straightforward. It means, “We will do.” It is about action, behaviour, deed. But readers of my work will know that the word nishma is anything but clear. It could mean “We will hear.” But it could also mean, “We will obey.” Or it could mean “We will understand.” These suggest that there is more than one way of interpreting na’aseh ve-nishma. Here are some:

[1] It means “We will do and then we will hear.” This is the view of the Talmud (Shabbat 88a) and Rashi. The people expressed their total faith in God. They accepted the covenant even before they heard its terms. They said “we will do” before they knew what it was that God wanted them to do. This is a beautiful interpretation, but it depends on reading Exodus 24 out of sequence. According to a straightforward reading of the events in the order in which they occurred, first the Israelites agreed to the covenant (Ex. 19:8), then God revealed to them the Ten Commandments (Ex. 20), then Moses outlined many of the details of the law (Ex. 21-23), and only then did the Israelites say na’aseh ve-nishma, by which time they had already heard much of the Torah.

[2] “We will do [what we have already been commanded until now] and we will obey [all future commands].” This is the view of Rashbam. The Israelites’ statement thus looked both back and forward. The people understood that they were on a spiritual as well as a physical journey and they might not know all the details of the law at once. Nishma here means not “to hear” but “to hearken, to obey, to respond faithfully in deed.”

[3] “We will obediently do” (Sforno). On this view the words na’aseh and nishma are a hendiadys, that is, a single idea expressed by two words. The Israelites were saying that they would do what God asked of them, not because they sought any benefit but simply because they sought to do His will. He had saved them from slavery, led and fed them through the wilderness, and they sought to express their complete loyalty to Him as their redeemer and lawgiver.

[4] “We will do and we will understand” (Isaac Arama in Akeidat Yitzchak). The word shema can have the sense of “understanding” as in God’s statement about the Tower of Babel: “Let us, then, go down and confound their speech there, so that they shall not understand [yishme’u] one another’s speech” (Gen. 11:7). According to this explanation, when the Israelites put ‘doing’ before ‘understanding’, they were giving expression to a profound philosophical truth. There are certain things we only understand by doing. We only understand leadership by leading. We only understand authorship by writing. We only understand music by listening. Reading books about these things is not enough. So it is with faith. We only truly understand Judaism by living in accordance with its commands. You cannot comprehend a faith from the outside. Doing leads to understanding.

Staying with this interpretation, we may be able to hear a further and important implication. If you look carefully at Exodus chapters 19 and 24 you will see that the Israelites accepted the covenant three times. But the three verses in which these acceptances took place are significantly different:

Only the third of these contains the phrase na’aseh ve-nishma. And only the third lacks a statement about the people’s unanimity. The other two are emphatic in saying that the people were as one: the people “responded together” and “responded with one voice.” Are these differences connected?

It is possible that they are. At the level of na’aseh, the Jewish deed, we are one. To be sure, there are differences between Ashkenazim and Sefardim. In every generation there are disagreements between leading poskim, halachic authorities. That is true in every legal system. Poor is the Supreme Court that leaves no space for dissenting opinions. Yet these differences are minor in comparison with the area of agreement on the fundamentals of halachah.

This is what historically united the Jewish people. Judaism is a legal system. It is a code of behaviour. It is a community of deed. That is where we require consensus. Hence, when it came to doing – na’aseh – the Israelites spoke “together” and “with one voice.” Despite the differences between Hillel and Shammai, Abaye and Rava, Rambam and Rosh, R. Yosef Karo and R. Moshe Isserles, we are bound together by the choreography of the Jewish deed.

At the level of nishma, understanding, however, we are not called on to be one. Judaism has had its rationalists and its mystics, its philosophers and poets, scholars whose minds were firmly fixed on earth and saints whose souls soared to heaven. The Rabbis said that at Sinai, everyone received the revelation in his or her own way:

“And all the people saw” (Ex. 20:15): the sounds of sounds and the flames of flames. How many sounds were there and how many flames were there? Each heard according to their own level of understanding what they were experiencing”, and this is what it means when it says (Ps. 29:4) “the voice of the Lord in power, the voice of the Lord in majesty.[3]

What unites Jews, or should do, is action, not reflection. We do the same deeds but we understand them differently. There is agreement on the na’aseh but not the nishma. That is what Maimonides meant when he wrote in his Commentary to the Mishnah, that “When there is a disagreement between the Sages and it does not concern an action, but only the establishment of an opinion (sevarah), it is not appropriate to make a halachic ruling in favour of one of the sides.”[4]

This does not mean that Judaism does not have strong beliefs. It does. The simplest formulation – according to R. Shimon ben Zemach Duran and Joseph Albo, and in the twentieth century, Franz Rosenzweig – consists of three fundamental beliefs: in creation, revelation and redemption.[5] Maimonides’ 13 principles elaborate this basic structure. And as I have shown in my Introduction to the Siddur, these three beliefs form the pattern of Jewish prayer.[6]

Judaism is a matter of creed as well as deed. But we should allow people great leeway in how they understand the faith of our ancestors. Heresy-hunting is not our happiest activity. One of the great ironies of Jewish history is that no one did more than Maimonides himself to elevate creed to the level of halachically normative dogma, and he became the first victim of this doctrine. In his lifetime, he was accused of heresy, and after his death his books were burned. These were shameful episodes.