The Blessing of Love 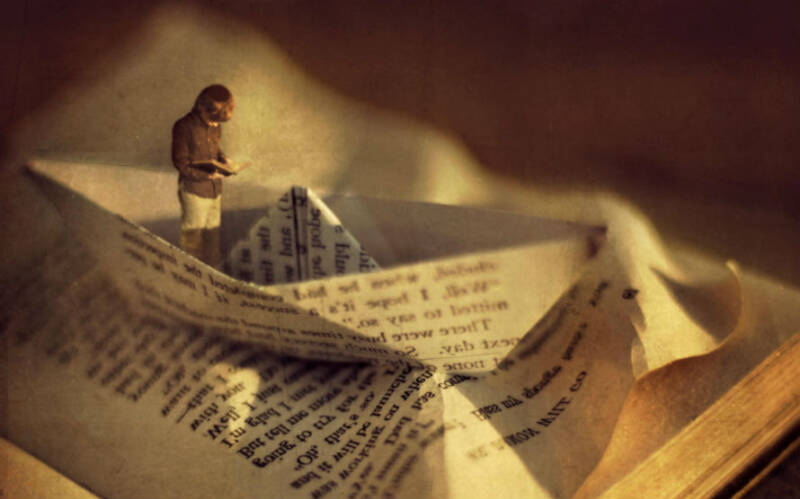 At 176 verses, Naso is the longest of the parshiyot. Yet one of its most moving passages, and the one that has had the greatest impact over the course of history, is very short indeed and is known by almost every Jew, namely the priestly blessings:

This is among the oldest of all prayer texts. It was used by the priests in the Temple. It is said today by the cohanim in the reader’s repetition of the Amidah, in Israel every day, in most of the Diaspora only on festivals. It is used by parents as they bless their children on Friday night. It is often said to the bride and groom under the chuppah. It is the simplest and most beautiful of all blessings.

It also appears in the oldest of all biblical texts that have physically survived to today. In 1979 the archeologist Gabriel Barkay was examining ancient burial caves at Ketef Hinnom, outside the walls of Jerusalem in the area now occupied by the Menachem Begin Heritage Center. A thirteen-year-old boy who was assisting Barkay discovered that beneath the floor of one of the caves was a hidden chamber. There the group discovered almost one thousand ancient artefacts including two tiny silver scrolls no more than an inch long.

They were so fragile that it took three years to work out a way of unrolling them without causing them to disintegrate. Eventually the scrolls turned out to be kemayot, amulets, containing, among other texts, the priestly blessings. Scientifically dated to the sixth century BCE, the age of Jeremiah and the last days of the First Temple, they are four centuries older than the most ancient of biblical texts known hitherto, the Dead Sea Scrolls. Today the amulets can be seen in the Israel Museum, testimony to the ancient connection of Jews to the land and the continuity of Jewish faith itself.

What gives them their power is their simplicity and beauty. They have a strong rhythmic structure. The lines contain three, five, and seven words respectively. In each, the second word is “the Lord”. In all three verses the first part refers to an activity on the part of God – “bless”, “make His face shine”, and “turn His face toward”. The second part describes the effect of the blessing on us, giving us protection, grace and peace.

They also travel inward, as it were. The first verse “May Lord bless you and protect you,” refers, as the commentators note, to material blessings: sustenance, physical health and so on. The second, “May the Lord make His face shine on you and be gracious to you,” refers to moral blessing. Chen, grace, is what we show to other people and they to us. It is interpersonal. Here we are asking God to give some of His grace to us and others so that we can live together without the strife and envy that can so easily poison relationships.

The third is the most inward of all. There is a lovely story about a crowd of people who have gathered on a hill by the sea to watch a great ship pass by. A young child is waving vigorously. One of the men in the crowd asks him why. He says, “I am waving so the captain of the ship can see me and wave back.” “But,” said the man, “the ship is far away, and there is a crowd of us here. What makes you think that the captain can see you?” “Because,” said the boy, “the captain of the ship is my father. He will be looking for me among the crowd.”

That is roughly what we mean when we say, “May the Lord turn His face toward you.” There are seven billion people now living on this earth. What makes us any of us more than a face in the crowd, a wave in the ocean, a grain of sand on the sea shore? The fact that we are God’s children. He is our parent. He turns His face toward us. He cares.

The God of Abraham is not a mere force of nature or even all the forces of nature combined. A tsunami does not pause to ask who its victims will be. There is nothing personal about an earthquake or a tornado. The word Elokim means something like “the force of forces, cause of causes, the totality of all scientifically discoverable laws.” It refers to those aspects of God that are impersonal. It also refers to God in His attribute of justice, since justice is essentially impersonal.

But the name we call Hashem – the name used in the priestly blessings, and in almost all the priestly texts – is God as He relates to us as persons, individuals, each with our unique configuration of hopes and fears, gifts and possibilities. Hashem is the aspect of God that allows us to use the word “You”. He is the God who speaks to us and who listens when we speak to Him. How this happens, we do not know, but that it happens is central to Jewish faith.

That we call God Hashem is the transcendental confirmation of our significance in the scheme of things. We matter as individuals because God cares for us as a parent for a child. That, incidentally, is one reason why the priestly blessings are all in the singular, to emphasise that God blesses us not only collectively but also individually. One life, said the Sages, is like a universe.

Hence the meaning of the last of the priestly blessings. The knowledge that God turns His face toward us – that we are not just an indiscernible face in a crowd, but that God relates to us in our uniqueness and singularity – is the most profound and ultimate source of peace. Competition, strife, lawlessness and violence come from the psychological need to prove that we matter. We do things to prove that I am more powerful, or richer, or more successful than you. I can make you fear. I can bend you to my will. I can turn you into my victim, my subject, my slave. All of these things testify not to faith but to a profound failure of faith.

Faith means that I believe that God cares about me. I am here because He wanted me to be. The soul He gave me is pure. Even though I am like the child on the hill watching the ship pass by, I know that God is looking for me, waving to me as I wave to Him. That is the most profound inner source of peace. We do not need to prove ourselves in order to receive a blessing from God. All we need to know is that His face is turned toward us. When we are at peace with ourselves, we can begin to make peace with the world.

So the blessings become longer and deeper: from the external blessing of material goods to the interpersonal blessing of grace between ourselves and others, to the most inward of them all, the peace of mind that comes when we feel that God sees us, hears us, holds us in His everlasting arms.

One further detail of the priestly blessings is unique, namely the blessing that the Sages instituted to be said by the cohanim over the mitzvah: “Blessed are you … who has made us holy with the holiness of Aaron and has commanded us to bless His people Israel with love.”

It is the last word, be-ahavah, that is unusual. It appears in no other blessing over the performance of a command. It seems to make no sense. Ideally we should fulfill all the commands with love. But an absence of love does not invalidate any other command. In any case, the blessing over the performance of as command is a way of showing that we are acting intentionally. There was an argument between the Sages as to whether mitzvoth in general require intention (kavanah) or not. But whether they do or not, making a blessing beforehand shows that we do have the intention to fulfill the command. But intention is one thing, emotion is another. Surely what matters is that the cohanim recite the blessing and God will do the rest. What difference does it make whether they do so in love or not?

The commentators wrestle with this question. Some say that the fact that the cohanim are facing the people when they bless means that they are like the cherubim in the Tabernacle, whose faces “were turned to one another” as a sign of love. Others change the word order. They say that the blessing really means, “who has made us holy with the holiness of Aaron and with love has commanded us to bless His people Israel.” “Love” here refers to God’s love for Israel, not that of the cohanim.

However, it seems to me that the explanation is this: the Torah explicitly says that though the cohanim say the words, it is God who sends the blessing. “Let them put my name on the Israelites, and I will bless them.” Normally when we fulfill a mitzvah, we are doing something. But when the cohanim bless the people, they are not doing anything in and of themselves. Instead they are acting as channels through which God’s blessing flows into the world and into our lives. Only love does this. Love means that we are focused not on ourselves but on another. Love is selflessness. And only selflessness allows us to be a channel through which flows a force greater than ourselves, the love that as Dante said, “moves the sun and the other stars”, the love that brings new life into the world.

To bless, we must love, and to be blessed is to know that we are loved by the One vaster than the universe who nonetheless turns His face toward us as a parent to a beloved child. To know that is to find true spiritual peace.