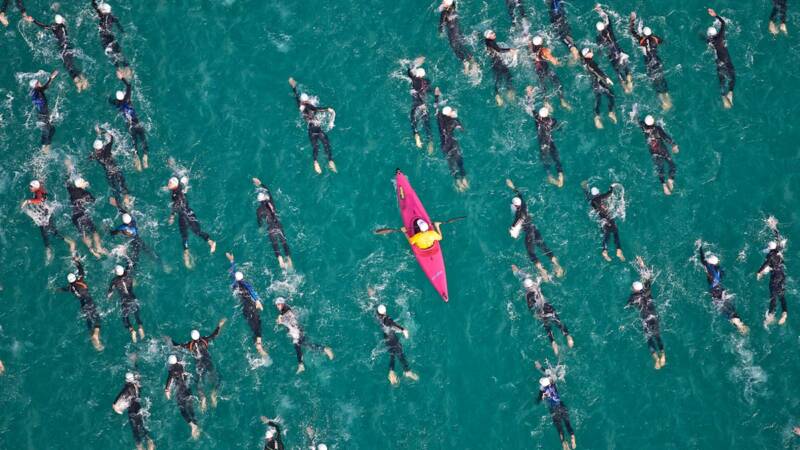 Two Versions of the Moral Life

Parshat Naso contains the laws relating to the Nazirite – an individual who undertook to observe special rules of holiness and abstinence: not to drink wine or other intoxicants (including anything made from grapes), not to have his hair cut, and not to defile himself by contact with the dead (Num. 6:1–21). Such a state was usually undertaken for a limited period; the standard length was thirty days. There were exceptions, most famously Samson and Samuel who, because of the miraculous nature of their birth, were consecrated before their birth as Nazirites for life.[1]

What the Torah does not make clear, though, is firstly why a person might wish to undertake this form of abstinence, and secondly whether it considers this choice to be commendable, or merely permissible. On the one hand the Torah calls the Nazirite “holy to the Lord” (Num. 6:8). On the other, it requires him, at the end of the period of his vow, to bring a sin offering (Num. 6:13–14).

This led to an ongoing disagreement between the Rabbis in Mishnaic, Talmudic, and medieval times.

According to Rabbi Elazar, and later to Nahmanides, the Nazirite is praiseworthy. He has voluntarily undertaken a higher level of holiness. The prophet Amos said, “I raised up some of your sons for prophets, and your young men for Nazirites,” (Amos 2:11) suggesting that the Nazirite, like the prophet, is a person especially close to God. The reason he had to bring a sin offering was that he was now returning to ordinary life. His sin lay in ceasing to be a Nazirite.

Eliezer HaKappar and Shmuel held the opposite opinion. For them the sin lay in becoming a Nazirite in the first place and thereby denying himself some of the pleasures of the world God created and declared good. Rabbi Eliezer added:

Clearly the argument is not merely textual. It is substantive. It is about asceticism, the life of self-denial. Almost every religion knows the phenomenon of people who, in pursuit of spiritual purity, withdraw from the pleasures and temptations of the world. They live in caves, retreats, hermitages, monasteries. The Qumran sect known to us through the Dead Sea Scrolls may have been such a movement.

In the Middle Ages there were Jews who adopted similar kinds of self-denial – among them the Chasidei Ashkenaz, the Pietists of Northern Europe, as well as many Jews in Islamic lands. In retrospect it is hard not to see in these patterns of behaviour at least some influence from the non-Jewish environment. The Chasidei Ashkenaz who flourished during the time of the Crusades lived among self-mortifying Christians. Their southern counterparts may have been familiar with Sufism, the mystical movement in Islam.

The ambivalence of Jews towards the life of self-denial may therefore lie in the suspicion that it entered Judaism from the outside. There were ascetic movements in the first centuries of the Common Era in both the West (Greece) and the East (Iran) that saw the physical world as a place of corruption and strife. They were, in fact, dualists, holding that the true God was not the creator of the universe. The physical world was the work of a lesser, and evil, deity. Therefore God – the true God – is not to be found in the physical world and its enjoyments but rather in disengagement from them.

The two best-known movements to hold this view were Gnosticism in the West and Manichaeism in the East. So at least some of the negative evaluation of the Nazirite may have been driven by a desire to discourage Jews from imitating non-Jewish practices. Judaism strongly believes that God is to be found in the midst of the physical world that He created that is, in the first chapter of Genesis, seven times pronounced “good.” It believes not in renouncing pleasure but in sanctifying it.

What is much more puzzling is the position of Maimonides, who holds both views, positive and negative, in the same book, his law code the Mishneh Torah. In Hilchot Deot, he adopts the negative position of Rabbi Eliezer HaKappar:

A person may say: “Desire, honour, and the like are bad paths to follow and remove a person from the world; therefore I will completely separate myself from them and go to the other extreme.” As a result, he does not eat meat or drink wine or take a wife or live in a decent house or wear decent clothing…. This too is bad, and it is forbidden to choose this way.

Yet in Hilchot Nezirut he rules in accordance with the positive evaluation of Rabbi Elazar: “Whoever vows to God [to become a Nazirite] by way of holiness, does well and is praiseworthy…. Indeed Scripture considers him the equal of a prophet.”[2] How does any writer come to adopt contradictory positions in a single book, let alone one as resolutely logical as Maimonides?

The answer lies in a remarkable insight of Maimonides into the nature of the moral life as understood by Judaism. What Maimonides saw is that there is not a single model of the virtuous life. He identifies two, calling them respectively the way of the saint (chassid) and the way of the sage (chacham).

The sage follows the “golden mean,” the “middle way.” The moral life is a matter of moderation and balance, charting a course between too much and too little. Courage, for example, lies midway between cowardice and recklessness. Generosity lies between profligacy and miserliness. This is very similar to the vision of the moral life as set out by Aristotle in the Nicomachean Ethics.

The saint, by contrast, does not follow the middle way. He or she tends to extremes, fasting rather than simply eating in moderation, embracing poverty rather than acquiring modest wealth, and so on. At various points in his writings, Rambam explains why people might embrace extremes. One reason is repentance and character transformation.[3] So a person might cure himself of pride by practising, for a while, extreme self-abasement. Another is the asymmetry of the human personality. The extremes do not exert an equal pull. Cowardice is more common than recklessness, and miserliness than over-generosity, which is why the chassid leans in the opposite direction. A third reason is the lure of the surrounding culture. It may be so opposed to religious values that pious people choose to separate themselves from the wider society, “clothing themselves in woollen and hairy garments, dwelling in the mountains and wandering about in the wilderness,”[4] differentiating themselves by their extreme behaviour.

This is a very nuanced presentation. There are times, for Rambam, when self-denial is therapeutic, others when it is factored into Torah law itself, and yet others when it is a response to an excessively hedonistic age. In general, though, Rambam rules that we are commanded to follow the middle way, whereas the way of the saint is lifnim mishurat hadin, beyond the strict requirement of the law.[5]

Moshe Halbertal, in his recent, impressive study of Rambam,[6] sees him as finessing the fundamental tension between the civic ideal of the Greek political tradition and the spiritual ideal of the religious radical for whom, as the Kotzker Rebbe famously said, “The middle of the road is for horses.” To the chassid, Rambam’s sage can look like a “self-satisfied bourgeois.”

Essentially, these are two ways of understanding the moral life itself. Is the aim of the moral life to achieve personal perfection? Or is it to create a decent, just, and compassionate society? The intuitive answer of most people would be to say: both. That is what makes Rambam so acute a thinker. He realises that you cannot have both. They are in fact different enterprises.

This deep insight is what led Rambam to his seemingly contradictory evaluations of the Nazirite. The Nazirite has chosen, at least for a period, to adopt a life of extreme self-denial. He is a saint, a chassid. He has adopted the path of personal perfection. That is noble, commendable, and exemplary.

But it is not the way of the sage – and you need sages if you seek to perfect society. The sage is not an extremist, because he or she realises that there are other people at stake. There are the members of one’s own family and the others within one’s own community. There is a country to defend and an economy to sustain. The sage knows he or she cannot leave all these commitments behind to pursue a life of solitary virtue. For we are called on by God to live in the world, not escape from it; to exist in society, not seclusion; to strive to create a balance among the conflicting pressures on us, not to focus on some while neglecting the others.

Hence, while from a personal perspective the Nazirite is a saint, from a societal perspective he is, at least figuratively, a “sinner” who has to bring an atonement offering.

Maimonides lived the life he preached. We know from his writings that he longed for seclusion. There were years when he worked day and night to write his Commentary to the Mishnah, and later the Mishneh Torah. Yet he also recognised his responsibilities to his family and to the community. In his famous letter to his would-be translator Ibn Tibbon,[7] he gives an account of his typical day and week – in which he had to carry a double burden as a world-renowned physician and an internationally sought halachist and sage. He worked to exhaustion.[8] Maimonides was a sage who longed to be a saint, but knew he could not be, if he was to honour his responsibilities to his people. That is a profound and moving judgement, and one that still has the power to inspire today.

[7] There were Sages who believed that in an ideal world, tasks such as earning a living or having children could be “done by others” (see Brachot 35a for the view of R. Shimon b. Yochai; Yevamot 63b for that of Ben Azzai). These are elitist attitudes that have surfaced in Judaism from time to time but which are criticised by the Talmud.