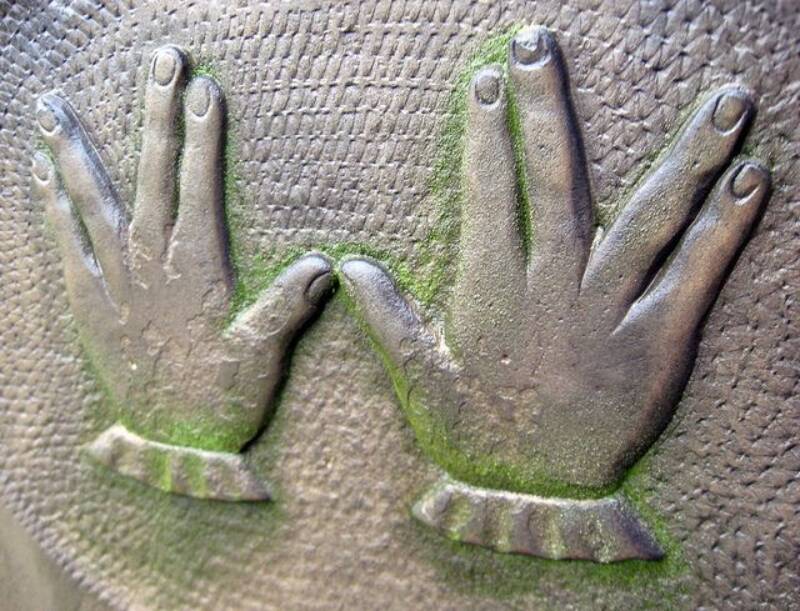 I confess to a thrill every time I read these words:

These are among the oldest continuously-used words of blessing ever. We recite them daily at the beginning of the morning service. Some say them last thing at night. We use them to bless our children on Friday nights. They are often used to bless the bride and groom at weddings. They are widely used by non-Jews also. Their simplicity, their cumulative three-word, five-word, seven-word structure, their ascending movement from protection to grace to peace, all make them a miniature gem of prayer whose radiance has not diminished in the more than three thousand years since their formulation.

In previous years I have written about the meaning of the blessings. This time I ask three different questions: First, why Priests? Why not Prophets, Kings, Sages or Saints?

Second, why the unique form of the birkat ha-mitzvah, the blessing made by the Priests over the commandment to bless the people? The blessing is, “who has sanctified us with the sanctity of Aaron and commanded us to bless His people with love.”[1] No other blessing over a command specifies that it be done with love.

There is an argument in the Talmud as to whether commands must be performed with the proper intent, kavannah, or whether the deed itself is enough. But intent is different from motive. Intent merely means that I am performing the command because it is a command. I am acting consciously, knowingly, deliberately, in obedience to the Divine will. It has nothing to do with an emotion like love. Why does this command and no other require love?

Third, why have human beings bless the people at all? It is God who blesses humanity and His people Israel. He needs no human intermediary. Our passage says just this: “Let them put My name on the Israelites, and I will bless them.” The blessings come not from the Priests but from God Himself. So why require the Priests to “put His name” on the people?

In answer to the first, Sefer ha-Hinnuch[2] says simply that the Priests were the sacred group within the people. They ministered in the House of God. They spent their lives in Divine service. Their life’s work was sacred. So was their habitat. They were the guardians of holiness. They were therefore the obvious choice for the sacred rite of bringing down God’s blessings upon the people.

Rabbi Aharon Walkin, in the preface to his Matsa Aharon, offered a more prosaic explanation. The Priests had no share in the land. Their sole income was from the mattenot kehunah, the gifts of the Priests, that was their due from the people as a whole. It followed that they had an interest in the people prospering, because then they, too, would prosper. They would bless the people with a full heart, seeking their good, because they would benefit thereby.

Rabbi Avraham Gafni offered a third explanation.[3] We read that on the consecration of the Tabernacle, “Aaron lifted his hands toward the people and blessed them” (Lev. 9:22). Rashi says that the blessing he gave the people on that occasion was indeed the priestly blessing as specified in our parsha. However, Ramban suggests that perhaps Aaron’s blessing was spontaneous, and because he showed such generosity of spirit, he was given by God the reward that it would be his descendants who would bless Israel in future.

The first reading, grammatically more plausible, is that it is the Priests who must love. This is the basis of the statement in the Zohar that “a Priest who does not love the people, or a Priest who is not loved by the people, may not bless.”[5] We can only bless what we love. Recall how the blind and aged Isaac said to Esau, “Prepare me the tasty food that I love and bring it to me to eat, so that I may give you my blessing before I die” (Gen. 27:4). Whether it was the food that Isaac loved, or what it represented about Esau’s character – that he cared enough for his father to find him the food he liked – Isaac needed the presence of love to be able to make the blessing.

Why then does the blessing for this mitzvah and no other specify that it must be done with love? Because in every other case it is the agent who performs the ma’aseh mitzvah, the act that constitutes the command. Uniquely in the case of the priestly blessings, the Priest is merely a machshir mitzvah – an enabler, not a doer. The doer is God Himself: “Let them place My name on the children of Israel and I will bless them.” The Kohanim are merely channels through which God’s blessings flow.

This means that they must be selfless while uttering the blessings. We let God into the world and ourselves to the degree that we forget ourselves and focus on others.[6] That is what love is. We see this in the passage in which Jacob, having fallen in love with Rachel, agrees to Laban’s terms: seven years of work. We read: “So Jacob served seven years to get Rachel, but they seemed like only a few days to him because of his love for her” (Gen. 29:20). The commentators ask the obvious question: precisely because he was so much in love, the seven years should have felt like a century. The answer is equally obvious: he was thinking of her, not him. There was nothing selfish in his love. He was focused on her presence, not his impatient desire.

There is, though, perhaps an alternative explanation for all these things. As I explained in Covenant and Conversation Acharei Mot – Kedoshim, the ethic of character.

The key text of the holiness ethic is Leviticus 19: “Be holy for I, the Lord your God, am holy.” It is this chapter that teaches the two great commands of interpersonal love, of the neighbour and the stranger. The ethic of holiness, taught by the Priests, is the ethic of love. This surely is the basis of Hillel’s statement, “Be like the disciples of Aaron, loving peace, pursuing peace, loving people and bringing them close to Torah.”[7]

That ethic belongs to the specific vision of the Priest, set out in Genesis 1, which sees the world as God’s work and the human person as God’s image. Our very existence, and the existence of the universe, are the result of God’s love.

By blessing the people, the Priests showed them what love of one’s fellow is. Here is Rambam’s definition of what it is to ‘love your neighbour as yourself”: “One should speak in praise of his neighbour, and be considerate of his money, even as he is considerate of his own money, or desires to preserve his own honour.”[8] Blessing the people showed that you sought their good – and seeking their good is what loving them means.

Thus the Kohanim set an example to the people by this public display of love – or what we would call today “the common good.” They thus encouraged a society in which each sought the welfare of all – and such a society is blessed, because the bonds between its members are strong, and because people put the interests of the nation as a whole before their own private advantage. Such a society is blessed by God, whereas a selfish society is not, and cannot, be blessed by God. No selfish society has survived for long.

Hence our answers to the questions: why the Kohanim? Because their ethic emphasised love – of neighbour and stranger – and we need love before we can bless. Love is mentioned in the blessing over the commandment, because love is how blessings enter the world. And why have human beings bestow the blessing, instead of God doing so Himself? Because the Kohanim were to be role models of what it is for humans to care for the welfare of others. I believe that Birkat Kohanim contains a vital message for us today: A society whose members seek one another’s welfare is holy, and blessed.